The Hottest (and Weirdest) Baby Name Trends for 2018

by: Colleen Hughes
Having a baby this year? We have our predictions for the hottest -- and weirdest -- baby name trends for 2018.

There are some hot baby name trends out there, and some really weird ones, too (Kylo? Eleven?). We have our predictions on what's going to take off and what you should probably avoid.

The most popular baby names last year were the traditional Emily and Jacob, but a few uncommon names showed up on the radar, too. The growing popularity of Irish actress Saoirse Ronan caused the Celtic name to spike, for instance. (In case you're wondering, the name means "freedom" and is pronounced "seer-sha.")

Whether you prefer traditional or trendy, you can find the perfect name in our NameLab, and check out these 2018 baby name trends to help you get inspired.

Last year started with the Women's March and ended with the #MeToo campaign -- and Time's Up took the spotlight at this year's Golden Globes. So it's no surprise that the biggest trend in baby girl names is names of strong women.

These future leaders may have names like Eleanor (and its diminutive Ellie), Margaret and Ruth (think Ruth Bader Ginsburg). Also trending are names that mean "wisdom," like Sophia. Names of goddesses like last year's Freya and Luna continue to remain popular (how much stronger can you get than a goddess?). Even names of fictional bad-asses like Arya are seeing a spike.

And after her inspiring speech at the Golden Globes, maybe we'll see Oprah take off? 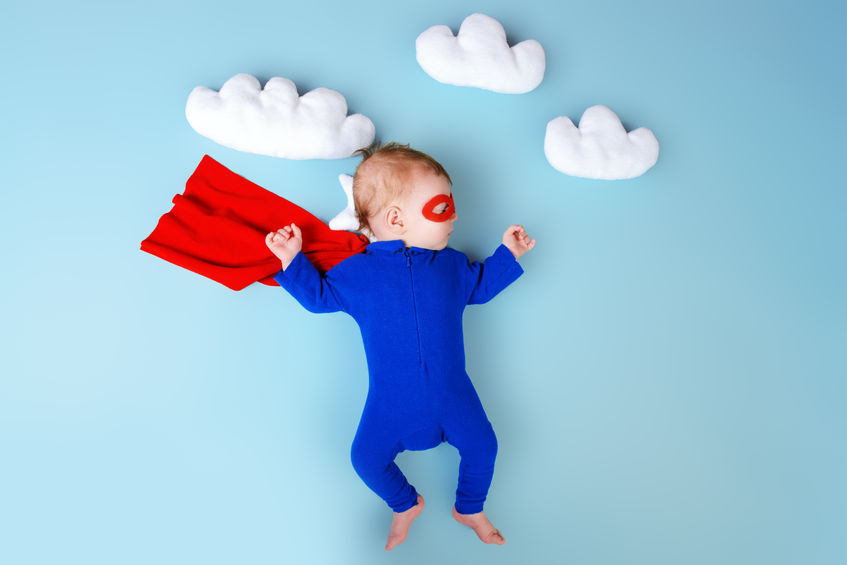 Maybe it's because superhero movies were so successful in 2017, or maybe it's that we all felt like we could use one in our lives, but names of superheroes (and their secret identities) are another huge trend.

For girls,  Aurora and Grey (from X-Men), Diana (from Wonder Woman), and Rey (from Star Wars) are trending. Baby boy superheroes are being named Falcon (from Captain America), Logan (from Wolverine), and Walker (from Black Scorpion). A surprise in this category is Kylo (the popular Star Wars villain). Just goes to show the power of the Dark Side. (Though you may want to think about the pros and cons of a name like Kylo.)

Typially, baby girls' names followed the latest trends while baby boys' names didn't change much. While girls' names went from the Jennifer to the Ashley to the Hannah fads, boys' names like Michael, Joseph and James stayed the course.

This year, that's changing. Names like Atticus (after the To Kill a Mockingbird character), Jasper, Wyatt, Jackson and Milo are seeing increased popularity from moms who want an alternative to the more traditional Williams, Joshuas and Michaels.

In the UK, Alice and Arthur (rumored to be names in the running for William and Kate's next baby) are already seeing a spike in popularity — look for that trend to cross the pond if the royal baby is indeed an Alice or an Arthur. In other royal trends, look for Megan/Meghan (after Prince Harry's new fiancee Meghan Markle) to see new life.

And yes, even though Stranger Things is on hiatus, people are naming their girls -- and even their boys -- Eleven, according to Business Insider. We're not so sure about that one.

Being inspired by pop culture, whether it's British royalty or reality TV, is nothing to be embarrassed about. OWN IT! Hollywood does inspire some of our name choices, and that's OK.

I guess that's a good note to end on: OWN your baby name choice, whatever it may be and wherever it may come from. What inspired your baby's name? Do you have a baby name style? Check out our quiz to find out!