When's the Best Time to Take a Pregnancy Test?

Is it too early to take a pregnancy test? Are some pregnancy tests more accurate than others? Here's the facts.
by: Breanna Richey
Table of contents

Pregnancy is a life-changing event, and most people want to know sooner rather than later. However, while at-home pregnancy tests are convenient and fairly accurate when taken at the appropriate time, it’s normal to second-guess whether you’ve received a false-negative or false-positive result.

Knowing the best time to take a pregnancy test will eliminate unnecessary stress and set your mind at ease with your at-home test results.

How Early Can You Take a Pregnancy Test After Sex?

To know how early you can take a pregnancy test after sex and receive the most accurate results, it’s essential to understand the process a woman’s body undergoes during the conception and implantation process.

Conception, which is when the sperm and egg join in the fallopian tube, can occur up to five days after sex. Those five days are the amount of time sperm can survive in the female reproductive tract. However, since the egg can only survive up to 24 hours after ovulation, sex has to occur within several days before ovulation up to a day after ovulation for fertilization to take place.

After fertilization, it takes up to a week to travel from the fallopian tubes to the uterus for implantation. Since only 50% of fertilized eggs successfully make the trip, fertilization doesn’t always lead to pregnancy. However, if everything develops correctly, the placenta will form, and the body will begin to produce a hormone called human chorionic gonadotropin, also known as HCG. Both urine and blood pregnancy tests use the level of HCG to determine if you’re pregnant.

This entire process takes between two to three weeks, which is the earliest you can take a pregnancy test after intercourse.

How Soon Will a Pregnancy Test Read Positive? 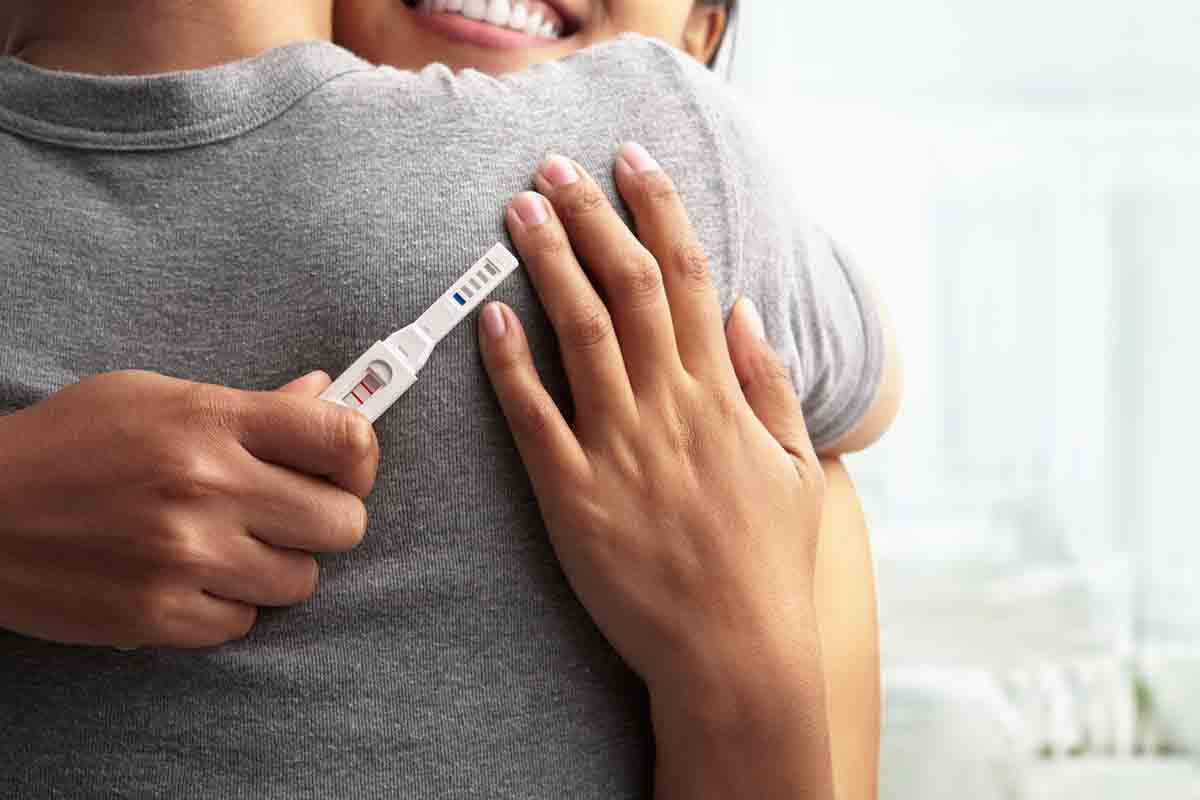 A home pregnancy test works by measuring the amount of HCG in your urine, so you need to be in the early pregnancy stages to produce high enough levels of HCG before receiving a positive result. So, when exactly will your body produce enough of this pregnancy hormone to give a positive test result?

According to Mayo Clinic, the most accurate pregnancy test results occur one day after your missed period. They explain, "During early pregnancy, the HCG concentration increases rapidly — doubling every two to three days. The earlier you take the home pregnancy test, the harder it might be for the test to detect HCG."

Waiting for the first day after your missed period to test is especially helpful in ruling out a false negative result for those with long or irregular periods. For example, someone who has a regular 28-day menstrual cycle will ovulate at a different time than someone who has a 35-day cycle. And if you're irregular, it can be difficult to know when to expect your period. For those who track their ovulation, you can also test two weeks after you ovulate, which should align with the start of your expected period.

If you're waiting for a missed period to take a pregnancy test, it's important to keep in mind that many women experience implantation bleeding, which happens when the fertilized egg attaches to the lining of the uterus. This bleeding won't last as long as your regular periods and will be light pink or brown. It's also known as spotting.

Should You Take Multiple Pregnancy Tests?

Since HCG levels double every two to three days in early pregnancy, according to Mayo Clinic, it’s possible to retake a home pregnancy test 24 to 72 hours after receiving a negative result and then get a positive test result.

If this situation occurs, you were likely testing before you had high enough HCG levels for a urine test to pick up. Testing every few days for a week is common, whether you received a negative or positive result.

If you continue to get negative test results but have pregnancy symptoms, including tender breasts, nausea, spotting, or mild cramps, you can call your doctor’s office and ask for a blood test. You should also contact your doctor if you have a positive urine test result, as you’ll want to see an OB-GYN as soon as possible.

What Causes a False Positive or a False Negative Pregnancy Test? 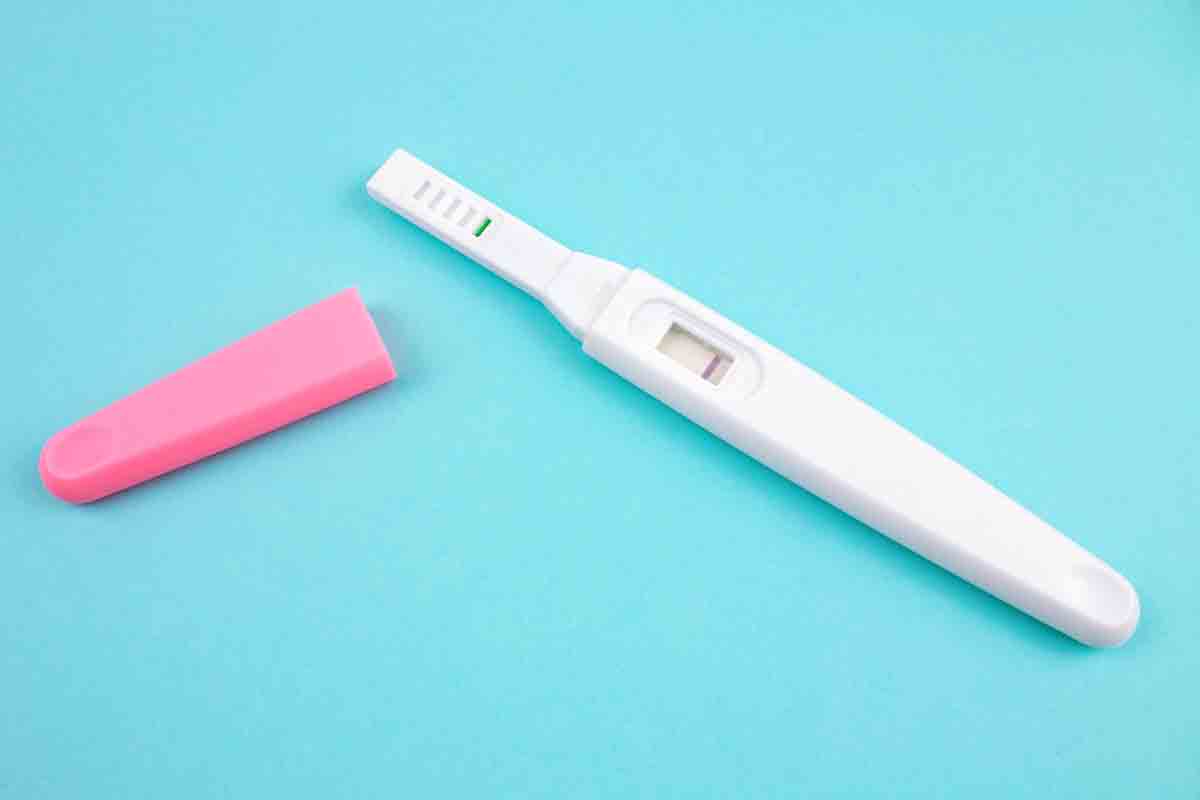 A false negative pregnancy test is common, and there are a few reasons this might happen. The first and most common reason is taking a pregnancy test too early. It’s easy to miscalculate your missed period, especially if you experience irregular menstrual cycles. If you're in the early stages of pregnancy, you might not have high enough levels of HCG for a urine test to detect. Not taking the urine test correctly is another way to receive a false negative. This could happen if you check the results too soon, use diluted urine, or don’t saturate the test properly.

In addition to waiting a few days after your missed period, a few other ways to avoid a false negative are to take the test first thing in the morning when your urine is the most concentrated and follow the instructions on your home pregnancy test.

On the other hand, a false positive pregnancy test is fairly rare. However, there are a few reasons you might receive a false positive on a pregnancy test. HCG and luteinizing hormone, which is the hormone that stimulates ovulation, are very similar chemically. So, taking a test while you’re ovulating, or around the time of ovulation, could present as a false positive. HCG may also be detected if you recently had an abortion, miscarried, or took fertility drugs with HCG.

Waiting for the best time to take a test might be difficult and seem like an eternity, but it will save you from a rollercoaster of emotions by possibly receiving a false negative or false positive. If you're ever unsure about test results, have questions about fertility, or are experiencing questionable symptoms, be sure to call your doctor immediately.