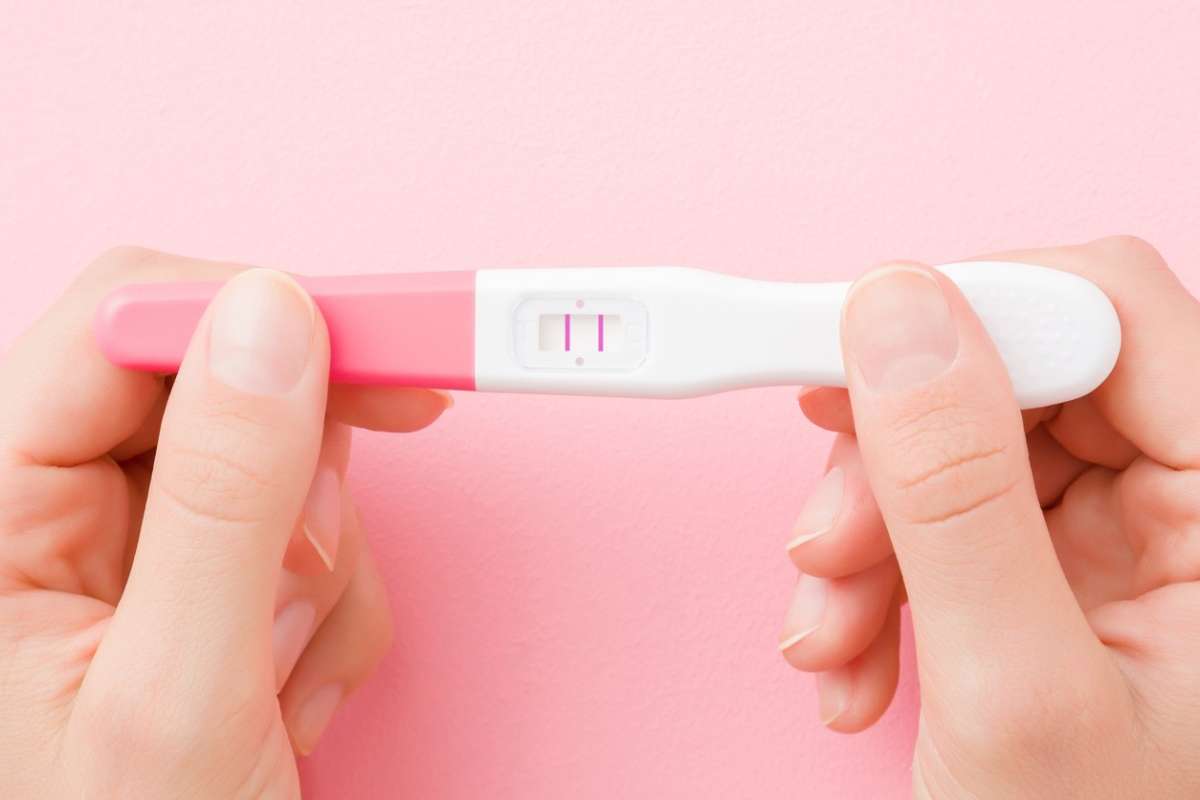 Every Explanation for a False Positive Pregnancy Test

From home testing inaccuracies to chemical pregnancies, we've got all the information on scientific reasons for false positive pregnancy tests.
Stefanie Miller

If you take a home pregnancy test and the result is positive, a million thoughts may start running through your mind. It can be an overwhelming thing to experience, especially if you weren’t trying to conceive. You might feel a mix of excitement, terror and joy, or you may even immediately start thinking of baby names and what kind of car seat you want to buy. Whatever your reaction - it’s normal.

If you take a pregnancy test at home and the result is positive, it’s important to see a doctor straight away to confirm the results and determine your next steps. If the result  turns out to be a false-positive, it can make the situation even more overwhelming. It is more common than most people realize to have a false positive, so we’ve listed all the reasons below of why you could get a false positive result to help you feel more prepared.

This type of miscarriage occurs because the fertilized egg doesn’t fully implant itself into the uterine wall. The cause can also be due to problems with the baby’s chromosomes. A chemical pregnancy is very common and many women do not even know that they have experienced the miscarriage until they have had an ultrasound scan and seen a doctor. Many women do however experience light bleeding, with or without pain, which usually starts after a positive home pregnancy test.

Most of the time, no treatment is needed for a chemical pregnancy. The loss will resolve naturally on its own and you and your partner are free to try again after your next period if you are trying to conceive.

An ectopic pregnancy is a common form of early miscarriage. It occurs when the fertilized egg implants itself outside the uterus, most often in one of the fallopian tubes. This is why it is also sometimes called a tubal pregnancy. Since the egg cannot survive outside of the uterus, it must be removed.

There are three main treatments for an ectopic pregnancy:

Going through an ectopic pregnancy can be emotionally and physically draining and challenging, but there are support services available that can help you recover.

A molar pregnancy is a rare pregnancy complication that causes a non-cancerous tumor to grow in the uterus. When this occurs, the pregnancy is nonviable and must be terminated to remove the tumor. Common symptoms are vaginal bleeding in the first trimester, that goes from brown to bright red, and severe nausea and vomiting. A molar pregnancy is also known as a hydatidiform mole.

Evaporation lines are actually very common with certain at-home pregnancy tests. They are often confused for a faint positive result. An evaporation line is colorless. They are seen on a home pregnancy test once the urine has dried or evaporated. This typically happens if you read the test result after the recommended time frame. A faint line that is either blue or pink, depending on the test, is a positive.

Below is a list of medications that could cause a false positive pregnancy test.

Not taking a home pregnancy test correctly can also result in a false-positive result and sometimes a false negative as well. Make sure the tests you are using aren’t expired and you are following all of the directions exactly as written. Sometimes not leaving the dipstick in the urine cup or urine stream for the right amount of time or testing too early can give you inaccurate results.

Always follow up with your healthcare provider if you think you may be pregnant.

The body of a woman who is expecting a baby will start producing a hormone called hCG or human chorionic gonadotropin. The hCG hormone is made by the placenta during pregnancy in order to thicken the uterine lining to support the embryo and prevent menstruation. It can be detected in the urine by a pregnancy test or by a blood test. The hormone levels rise throughout the pregnancy. If hCG levels dip, this could potentially mean a loss or miscarriage.

If you and your partner are trying to conceive, it can be heartbreaking to experience a false positive pregnancy test. This can be especially true if you have gone through struggles with your fertility. It’s important to take care of your mental health as well as your physical health during this difficult time, and seek support from family, friends, or  a mental health professional.