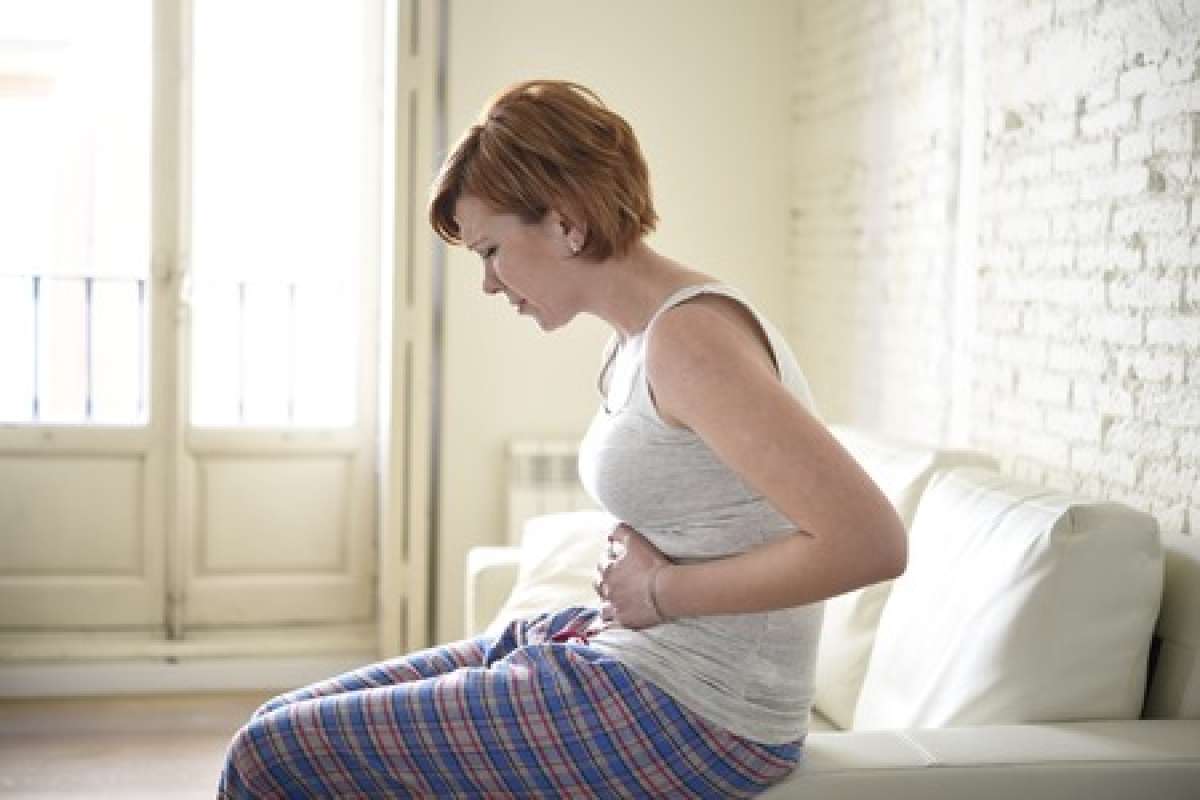 Learn all about ectopic pregnancy: what it is, what the symptoms are (including abdominal cramping), and how it is treated.

An ectopic pregnancy is one in which the fertilized egg implants itself outside the uterus.

After an egg is fertilized, it travels down the fallopian tube to find a comfy place in the uterus to attach and grow. Here a fetus will develop into a healthy full-term baby. Occasionally, however, the egg implants itself outside the uterus (often in the fallopian tube). At first the body responds as if it were a normal pregnancy. Hormones are released and your pregnancy test is positive. But the egg can't grow outside the uterus, and so a full-term pregnancy and healthy baby are an impossibility in what is called an ectopic pregnancy (your mother might call it a tubal pregnancy).

It is important to catch an ectopic pregnancy before the cells grow too large, causing the fallopian tube to burst. This might destroy the tube's ability to carry another fertilized egg to the uterus in the future. A neglected ectopic pregnancy can also threaten the life of the mother.

The symptoms of an ectopic pregnancy are as follows:

If the fallopian tube bursts, the woman will have severe internal bleeding, very sharp and steady pain, and probably signs of shock, which include a rapid, weak pulse, clammy skin, and fainting.

There are three treatment goals for an ectopic pregnancy:

Early diagnosis (before the fallopian tube bursts) and modern, high-tech medicine make it possible to meet all three of these goals. Diagnosis is usually made by testing the level of the hormone hCG in the mother's blood (the levels of this hormone will not rise as they should during pregnancy if the egg is implanted outside the uterus). Ultrasound is also used to locate the embryo within the uterus and fallopian tubes.

Treatment is given through a procedure called a laparoscopy. A tiny incision is made in the navel for the insertion of the laparoscope (a miniature scope that allows the physician to actually look inside you). Another incision is made in the lower abdomen, in order to get at the tube with surgical instruments. This method is favored over major abdominal surgery because it is effective and it allows for a much shorter hospital stay and more rapid recovery. In some cases, drug therapy might be used to destroy the fertilized cells. A follow-up test of hormone levels is usually prescribed by your doctor to be sure that all material has been removed.