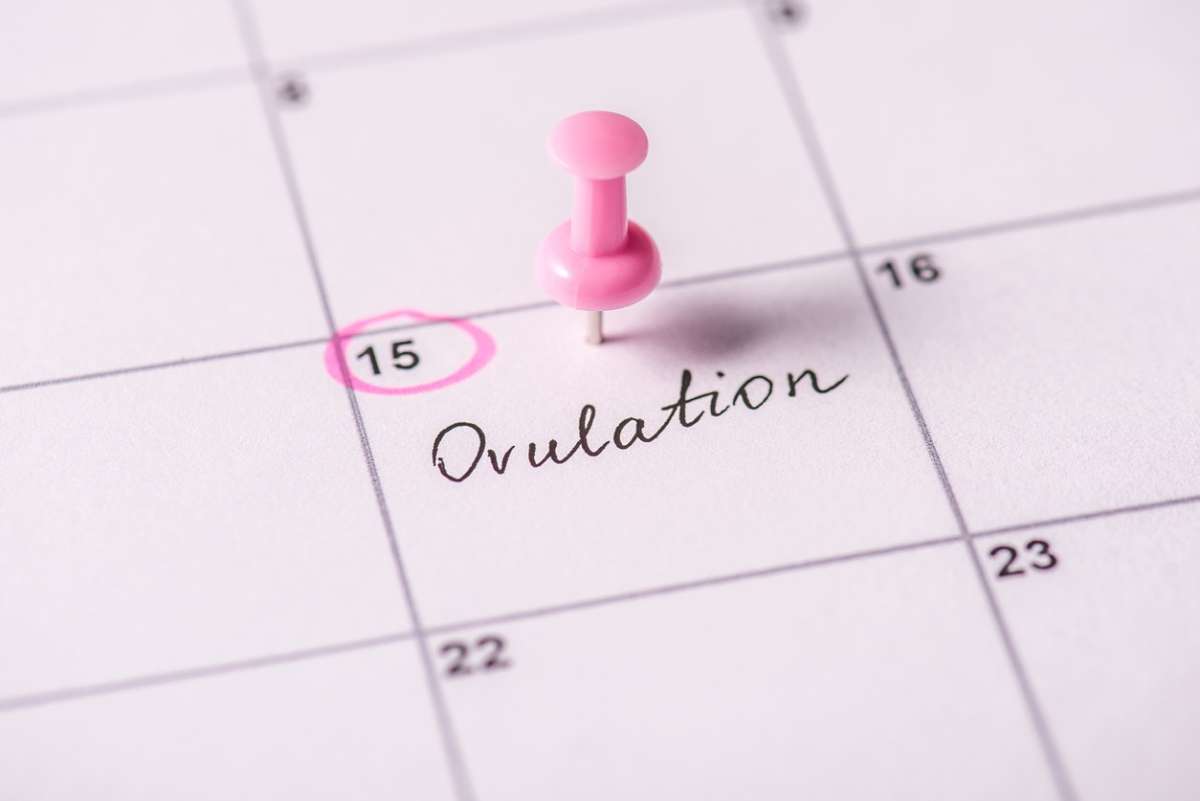 Can You Get Pregnant When You’re Not Ovulating?

This scientific overview explains what ovulation is and how likely it is for a woman to get pregnant if she’s not ovulating.
Katharine Chan, MSc, BSc, PMP
Table of contents

Whether you’re trying to conceive or are avoiding an unwanted pregnancy, you may wonder whether you can get pregnant when you’re not ovulating.

Here is a scientific overview that explains what ovulation is and how likely it is for a woman to get pregnant if she’s not ovulating.

A woman’s menstrual cycle is typically 28 days in length. Every female body is different and the length of your menstrual cycle can vary between months. Therefore, the timing of ovulation depends on your body’s reproductive system. It may be shorter or longer.

Everyone’s body is unique but there are some common symptoms that women can experience during ovulation. These include:

If the egg is not fertilized, it moves through to the uterus and the woman’s body disintegrates. The uterine lining begins to shed, causing bleeding. This is when menstruation occurs and a new cycle begins.

Conception occurs when a sperm fertilizes the egg. At this point, the fertilized egg moves down the fallopian tube to the uterus where it implants itself into the uterine lining. The fertilized egg then becomes a blastocyst and begins to grow. Cells divide and slowly form a fetus. For many women, the first sign of pregnancy is a missed period, although a missed period does not always indicate pregnancy.

How Often Does Ovulation Happen?

The frequency of ovulation varies between women and cycles. A menstrual cycle can range between 21 and 35 days. However, most people ovulate around 14 days before the start of their period. There are several signs of ovulation that can be tracked to determine if it is happening.

Track with a Calendar

This is called the calendar or rhythm method. For six months, mark down the first day you start your period on a calendar. Calculate the lengths of your shortest and longest menstrual cycles. Then minus 11 days from your longest cycle and 18 days from your shortest cycle. The two numbers you get are the range of days you are most likely ovulating.

For instance, say your menstrual cycle lengths are 31 and 29 days. Your two numbers would be 20 and 11. That would mean you are most fertile between days 11 and 20 of your cycle.

The calendar method may not be accurate for you if you have irregular periods or if the lengths of your periods differ significantly between months. You may want to consider other methods to track when you are ovulating. Consider using an app, such as Clue.

The vaginal fluid that is produced by the cervix is called cervical mucus. The viscosity of cervical mucus changes throughout your menstrual cycle. It becomes thin, wet, slippery and clear (similar to raw egg whites) just before ovulation. This change in fluidity allows sperm to travel more easily toward the egg.

Throughout at least one menstrual cycle, use your fingers to feel and notice any changes in your cervical mucus. This may be difficult to do at first, so talk to your healthcare provider and they can provide further guidance.

Take your temperature immediately after waking up on a daily basis. Stay lying down and try not to move too much so that the measurement reflects your body at complete rest. Be sure to use a very sensitive and accurate thermometer. After tracking for several menstrual cycles, notice if there are any changes in your temperature to identify when you may be ovulating during your cycle.

During ovulation, the pituitary gland (a gland in your brain) releases luteinizing hormone (LH) which causes the ovary to release the egg. Ovulation kits detect levels of LH in your urine. Similar to a pregnancy test that you would do at home, an ovulation test is completed by urinating on an indicator strip to determine whether you are ovulating. A positive test means you will most likely ovulate in the next 36 hours.

If you have irregular periods due to polycystic ovary syndrome (PCOS), ovulation kits will not be accurate for you. Speak to your healthcare provider about other ways to track your ovulation.

What is the Most Likely Time a Woman Can Get Pregnant?

The most likely time a woman can get pregnant is during her fertility window. The fertile window can vary between people and between cycles of the same person.

However, the fertile window occurs for most people between 5 days before ovulation, the day of and the day after ovulation. Therefore, for those who are trying to conceive, it can increase your chances of getting pregnant by having sex during this time.

What are the Chances of Getting Pregnant When You're Not Ovulating?

For those who are avoiding an unplanned pregnancy, not having intercourse during your most fertile days does not completely eliminate the chances of conception. If you have unprotected sex outside of your fertility window, you can still get pregnant. This is because the timing of ovulation can vary between months and sperm can live inside a woman’s body for up to 5 days after sex. There is a strong possibility that you can get pregnant if there is live sperm in your fallopian tube during ovulation.

In addition to preventing unwanted pregnancies, it’s important to always use contraception when having sex to minimize the risk of sexually transmitted diseases (STDs).

There are certain conditions that can cause menstrual cycles to occur without an egg being released from the ovary. The absence of ovulation is also referred to as anovulation. It is the cause of 25% of infertility cases. Conditions or circumstances that can cause anovulation include breastfeeding, menopause, PCOS, obesity, very low body mass index, hormonal imbalance, missed periods due to excessive stress, and high or low body fat.

It is physically impossible to get pregnant if ovulation does not occur during a menstrual cycle. Without a mature egg being released into the fallopian tube, sperm cannot fertilize it and pregnancy cannot happen. Speak with a healthcare provider or fertility specialist to find out more about treatments available to help those who suffer from chronic anovulation.

It is important to contact your healthcare provider or obstetrician-gynecologist (OB-GYN) if you are experiencing irregular periods, missed periods, or sense there are any issues with your menstrual cycle.