Meaning and Origin of: Sage 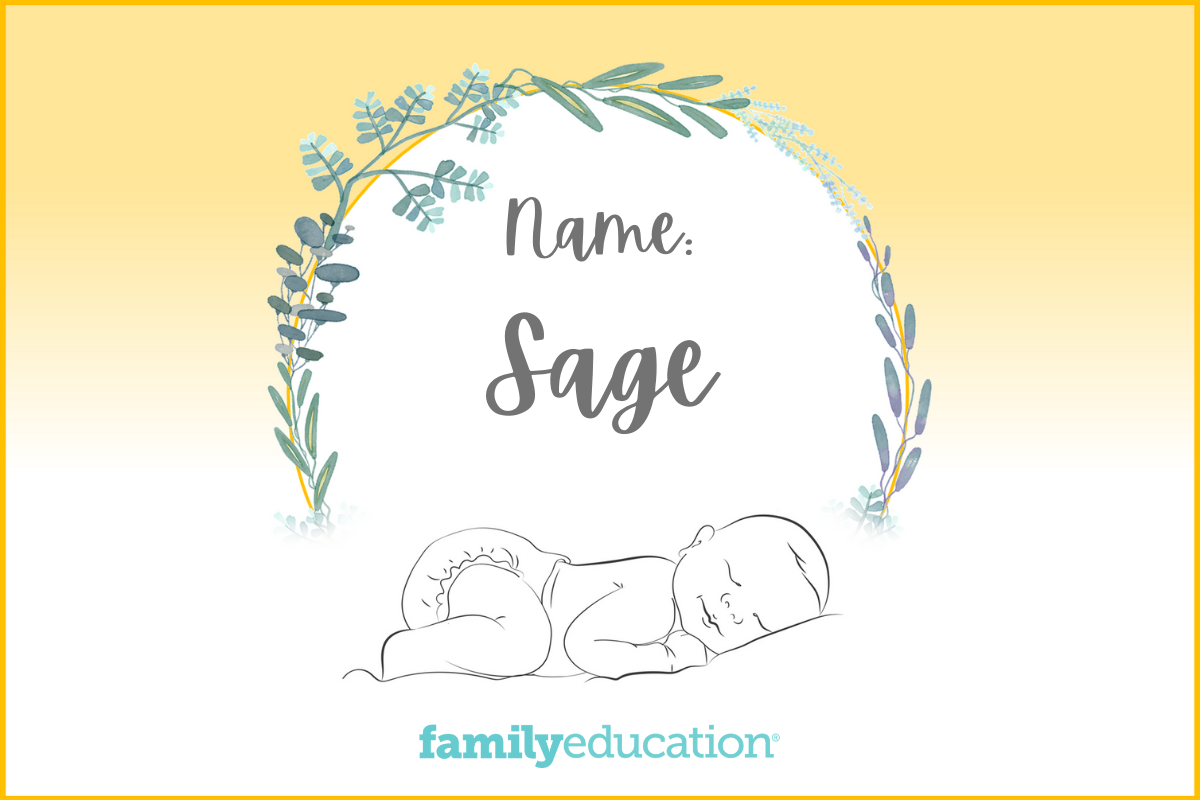 What Does Sage Mean and Stand For?

The name Sage means "wise one" and comes from Latin, English, and French origin. It was first used in reference to the Seven Sages of Greece: Solon, Thales, Bias, Cleobulus, Periandros, Pittacus, and Chilon. Depending on its usage, it can also refer to the sagebrush plant, once believed to have healing properties.

What Does the Name Sage Mean?

Sage is a gender-neutral name of Latin origin, meaning "Wise one." The word was coined used during the Middle Ages to refer to Ancient Greek philosophers who maintained a following for centuries after.

Sage can also reference a spiritual teacher or a plant believed to have healing properties.

How Popular is the Name Sage?

Sage is the #223 most popular girls' name and the #442 most popular boys' name in the U.S., according to Social Security Administration data. However, it ranks #5 on FamilyEducation.com. As a girls' name, it has been increasing in popularity each year.

According to Google search data analysis, in the last five years Sage was at its peak popularity in October 2021.

Popularity of the Name Sage in the United States

Sage was searched for most often in the following states:

The name Sage has featured in many TV series, including Gossip Girl, Lincoln Heights, The Young and Reckless, and The Vampire Academy.