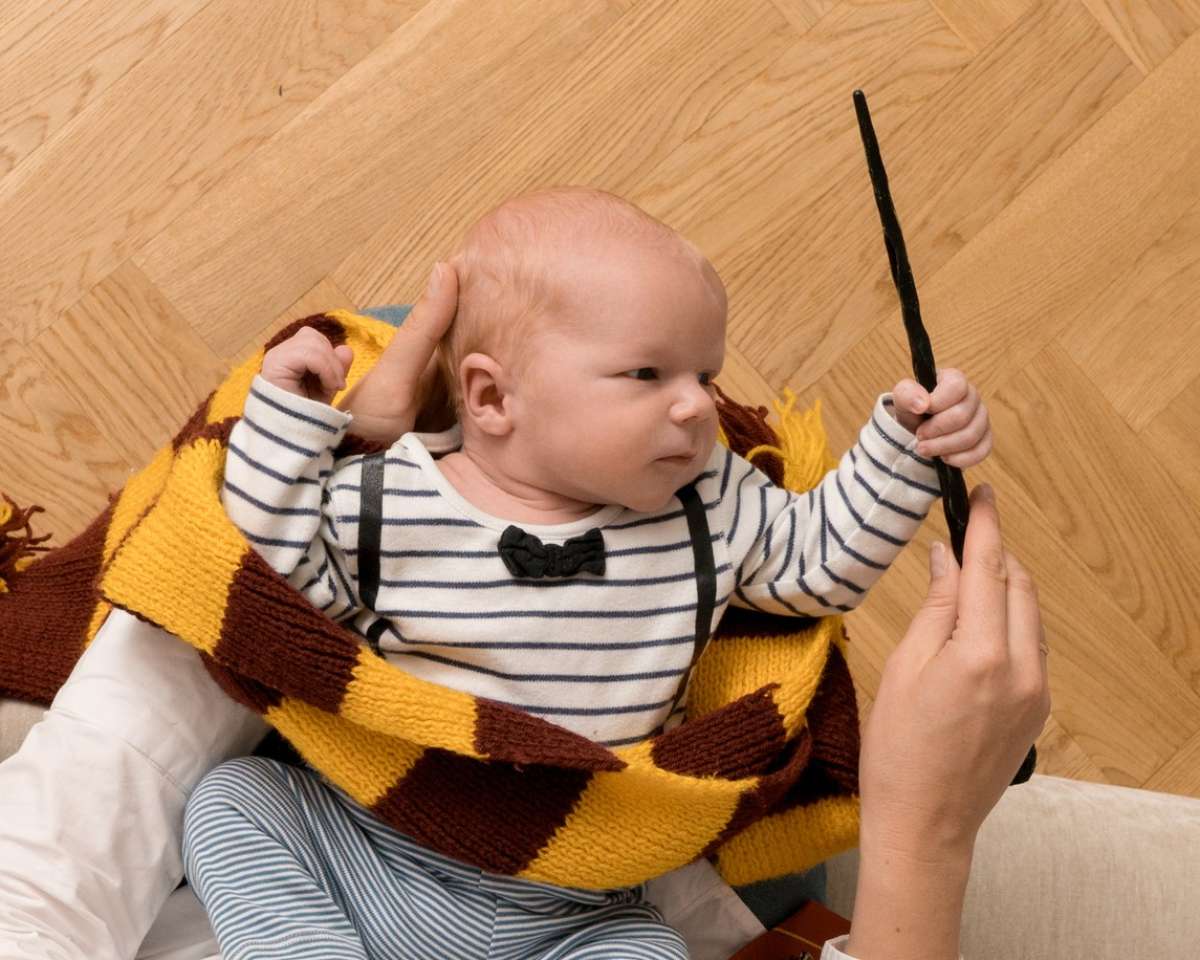 No matter your Hogwarts House or wizarding affiliations, we have 75 boy, girl, and gender-neutral wizard names to inspire your baby name search.
L. Elizabeth Forry

If you're a Harry Potter fanatic like me, chances are at some point you've considered naming your baby to be after one of your favorite wizards or witches from JK Rowling's Wizarding World. While ultimately I did not name either of my children a magically inspired name, I did have a cat named Maggie in honor of Maggie Smith's character, Minerva McGonagall.

Of course, wizarding baby names extend beyond just Harry and his pals.There is Gandalf from Lord of the Rings, Merlin the famous wizard from the legend of King Arthur and The Sword in the Stone, or even Prospero from William Shakespeare's The Tempest.

If you've got a little witch on the way instead of a wizard, you may want to consider the name Selene who was the goddess of the moon in Greek mythology, or Morgan in honor of Morgan le Fay, the enchantress of Avalon who was Merlin's arch-nemesis.

No matter your Hogwarts House or wizarding affiliations, we have some witch and warlock names for you! We have put together a list of 75 wizard boy names, girl names, and gender-neutral names that are sure to cast a spell on you and enchant anyone your future baby meets!