75 Funny Girl Names for Your Little One

Stefanie Miller
Whether you're looking for a quirky name for your little girl, or a name inspired by famous funny women, we've got you covered with this list of 75 funny girl names.
Table of contents

By now you have probably been through countless baby names, trying to find the perfect one for your baby girl. It may seem unconventional, but why not choose a funny baby name? What makes these baby names silly are some of their origins. Or they are just a funny-sounding name! If you're looking for a quirky and creative girl name, these are just plain fun.

We have put together this baby names list using some of the funniest names we could find, and yes, they have all been used in the past by other parents. These baby girl names may even make you literally laugh out loud. 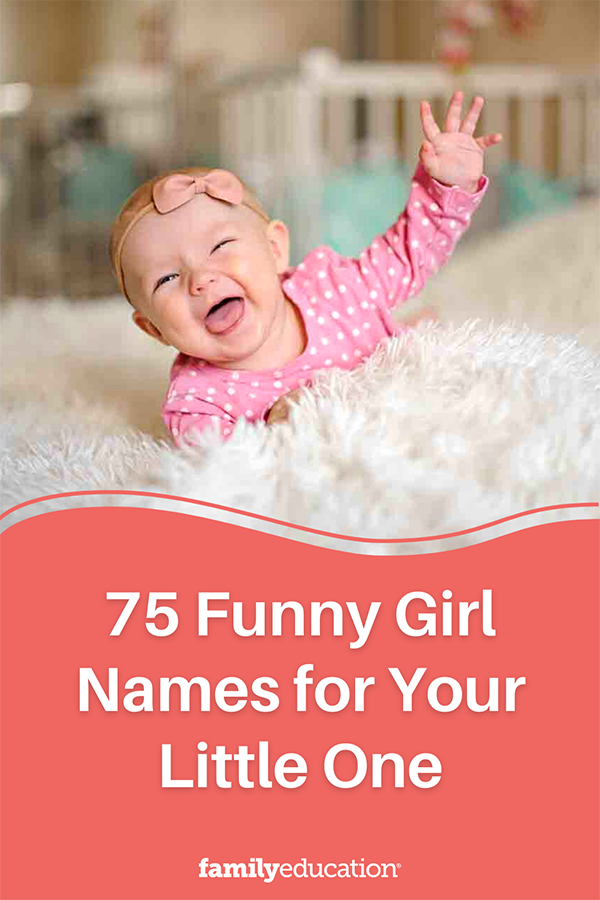