What Does it Mean to Have "Strong Genes"?

A genetic expert explains the concept of strong genes and the impact genes have on pregnancy.
Table of contents

Pregnancy is an exciting time filled with unknowns. Parents wonder what their little one will look like. Will she have mom’s eyes and dad’s penchant for crossword puzzles? Will he look just like mom but have dad’s personality? It’s natural to wonder and explore the possibilities of these kinds of questions, but unfortunately there are no simple answers when predicting. Parents wonder about the concept of strong genes, especially when they consider all the best parts of themselves and imagine how it would be possible to pass those traits along.

Here is the basic info you need to know to understand genetic explanations: Genes are simply blueprints for our bodies and they are housed within chromosomes. Chromosomes are long strands of DNA that look like twisted ladders. RNA are known as messengers which carry the DNA’s instructions. People have 22 pairs of autosomes and one pair of sex chromosomes, otherwise known as the x and y chromosomes.

What does it even mean to have strong genes?

Parents may be interested in finding answers to questions like how one can make their genes stronger or in whether the mother or father have stronger genes. Genetics expert, Dana Bressette, shares important info about the concepts of strong and weak genes:

“There really isn’t a concept of 'strong' or 'weak' genes. In genetics, we refer to genes as dominant or recessive. Dominant genes (in a genetic pair called an allele) can be expressed even if there is only one in the pair. Recessive genes require two copies in the pair to express. There is nothing that you can do to strengthen your genes, they are expressed based on your own genetic code. The question of who has stronger genes, the mother or the father, is interesting, because as noted in this Live Science study, because you get mitochondrial DNA only from your mother in each of your cells, more of your DNA (slightly) will come from your mother (Whitcomb, 2020). The concept of genetic imprinting also comes into play and affects which of our genes are turned on or off. This is influenced by which parent it is inherited from.”

So if you’re wondering if mom or dad has stronger genes, it’s not so much a question of strength, but more the fact that you only get mitochondrial DNA from your mother giving mom the added bonus in this classic comparison question.

What color eyes will my baby have then? 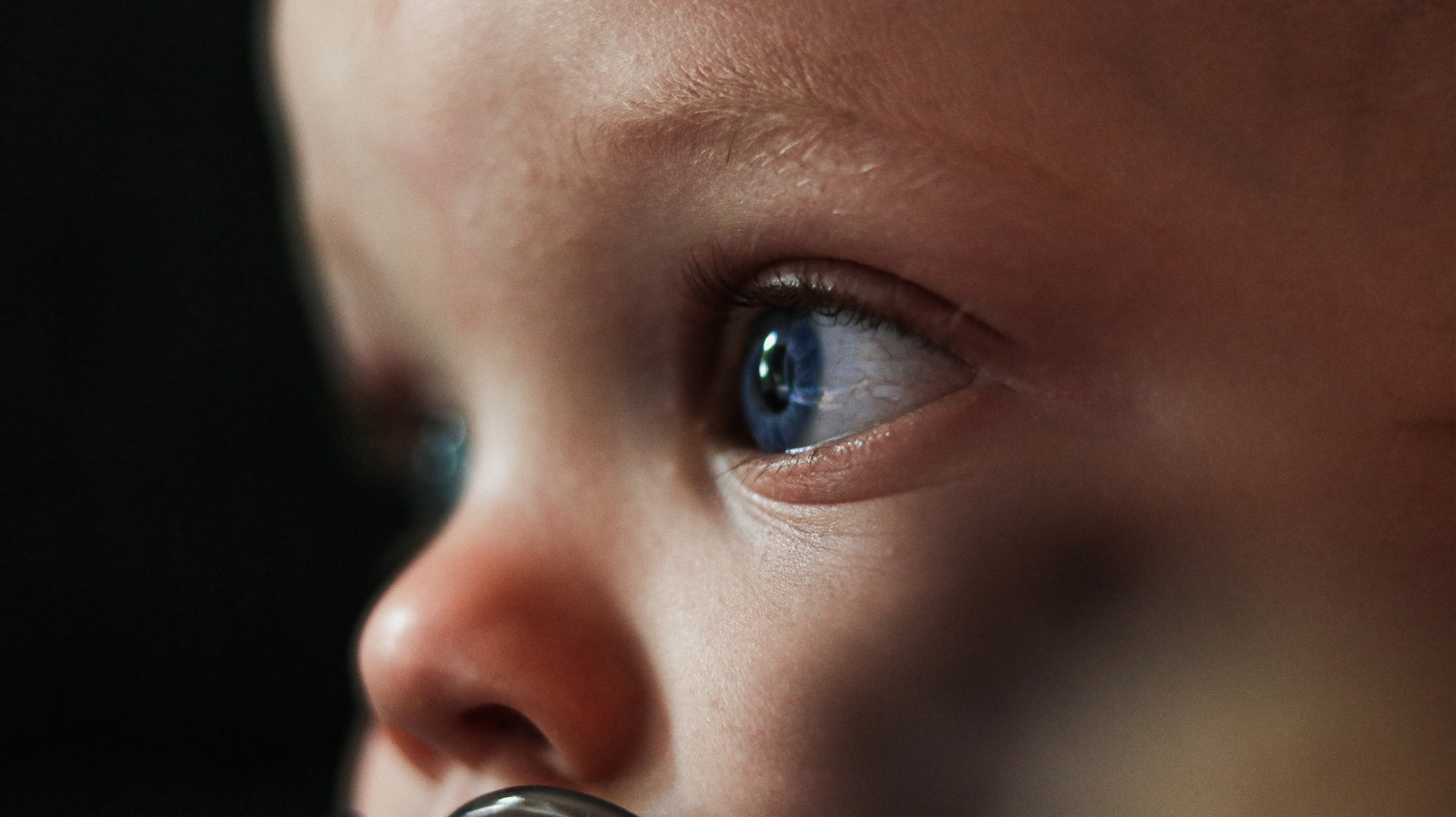 This is a common question, and there’s much more to the genetics of this question than simply believing your little one will have the same color eyes as mom just because there is that added mitochondrial DNA boost from her side. Both parents pass along traits or characteristics to their children through their genes.

Consider the classic example of whether a child will have brown eyes or blue eyes if there is a parent with each respective eye color. This Mendelian question takes us back to high school biology class.

Back in the 19th century, Gregor Mendel crossbred pea plants to figure out how traits can be determined. He discovered that the explanation of traits determined by parentage was not simple. Two tall plants would mostly produce a tall plant, but sometimes, it could produce a short plant too. This is because a tall plant could carry both a gene coded for being tall as well as a gene coded for being short. It all comes down to which one is the dominant trait and which is recessive. To go back to eye color or hair color, there are several genes that influence eye color and the level of pigment, and that’s why it’s not just as simple as brown or blue.

Looking for a more comprehensive look at eye color? Check out What Color Will My Baby’s Eyes Be? A Genetic Explanation.

Which genes are typically dominant or recessive?

This University of Utah genetics guide offers information on some fun and unusual traits that parents can pass along to their little one. The gene for hairline can be for a widow’s peak or a straight hairline. In this case, the widow’s peak is dominant. Earlobe attachment is another interesting one. Unattached earlobes are dominant. Have you ever considered tongue rolling? The ability to roll the tongue is dominant. Other interesting dominant traits are dimples, freckles, and curly hair.

How will I know if my genes and chromosomes will pass along health problems to my baby?

Parents wonder how genetics can influence conditions like cystic fibrosis, sickle cell anemia, and susceptibility to obesity. The best way to determine any health issues that can be passed down to your little one is through genetic testing and by speaking with your OBGYN or a genetic counselor to get personalized medical advice.

In the example of sickle cell anemia, people need two copies of the sickle cell anemia allele to end up with this life threatening condition based upon malformed red blood cells. People who receive only one copy of this allele can usually live a healthy life.

A large portion of the population will be affected by health conditions that are at least partly genetic at some point in their lives. This can happen with a spontaneous change in a gene at conception. The genes for a health condition can also be passed directly from parent to child, but sometimes, only a susceptibility is passed along. In this case the child would not necessarily develop the condition. Environmental factors would have to work hand in hand with the susceptibility factor in order to produce it.

Are you fascinated by genetics? Check out Is Personality Genetic?