4 Traits Babies Inherit from Their Mother

This article was medically reviewed by Dana Bressette. Dana is a professor of Genetics, Nutrition, Microbiology, and Immunology at University of Phoenix and a Family Education expert.

When you're anxiously awaiting your little one's arrival, you’ll probably wonder not only what they will look like, but how they’ll act, talk, walk, and more. Here are the traits your baby will inherit from their mom. 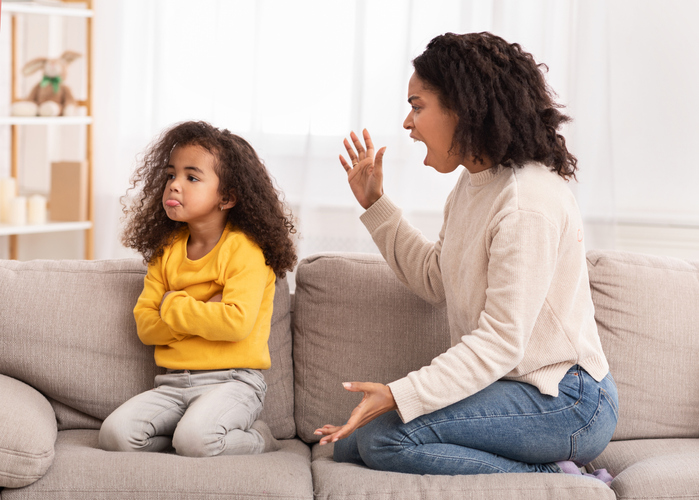 Your baby can inherit a lot more than just eye color and height from its parents. As you await the arrival of your new baby, you’ll probably wonder not only what they will look like, but how they’ll act, talk, walk, and more. What makes some babies look more like Mom, while others are the spitting image of Dad? It comes down to a combination of genes and lifestyle.

While most inherited genes are passed on from both parents, there are some traits; that can be linked directly to the mother. Maternal inheritance is a fascinating thing, and further illustrates the powerful connection between mom and baby.

Thankfully, studying genetics has allowed us to pinpoint which of these traits come from which parent, so you can narrow down exactly who your little one got those dimples from.

Here are some physical and personality traits you probably didn’t know your baby will inherit from their mom. 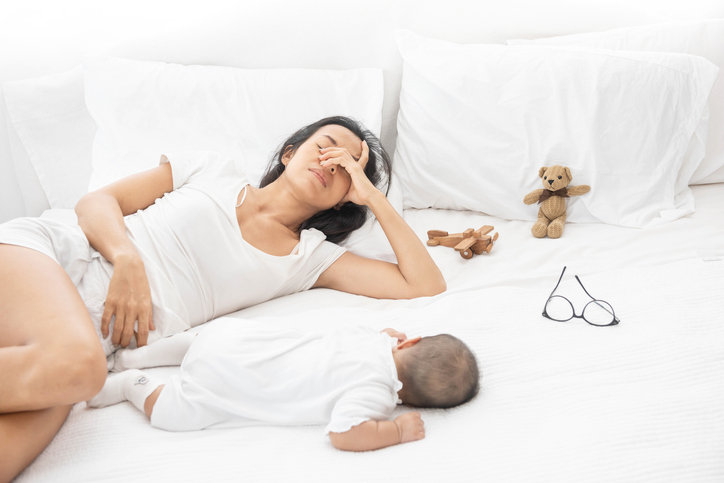 If you're frustrated with a baby who just won't go to sleep, it could be that insomnia runs in the family! According to new research from the Journal of Sleep Medicine, mothers often have more of an influence on the sleep habits of their children as they typically spend more time with youngsters than fathers do. According to the research, “Results reveal children of mothers with insomnia fall asleep later, get less shut-eye and spend less time in deep sleep. There is no association between fathers' sleep problems and those of their children.”

Between tossing and turning, insomnia, and even being a fan of naps, babies can pick up on these from mom during nap time and turn them into their own lifelong sleep habits. Monkey see, monkey do!

Will your little one not stop crying or screaming? You may have yourself to thank (or blame) for that! While their environment does play a part in this, new studies have indicated that genetic makeup could play a larger role in your baby’s temperament.

According to a German study published in the Journal Behavioural Brain Research, “Individuals who carry a specific type of allele, or alternative form of a gene, are far more likely to be angry than those without this allele.” However, in the battle of nature vs. nurture, the environment your child grows up in also has a huge impact on their behavior and temper as they grow into adults. So, try to demonstrate healthy communication strategies starting when your children are very young. It’s been proven that kids with parents who regularly screamed and fought in front of them are more likely to exhibit these behaviors. 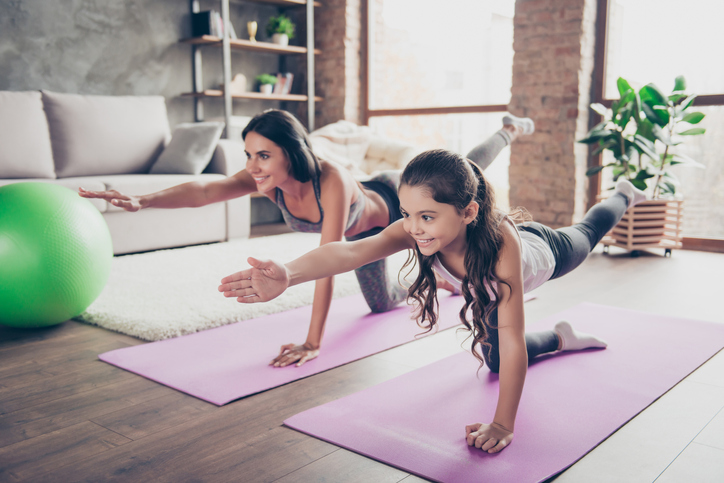 If dad ever starts bragging that his kids inherited their athleticism and sports prowess all from him, it might not be true!  In nearly all mammals, our mitochondrial genome (commonly called the powerhouse of the cell) is inherited exclusively from the mother. Meanwhile, the other type of DNA, nuclear DNA, is inherited from both parents. Therefore, “pro athlete genes” and things like stamina or physical endurance can be said to be inherited on the mother’s side.

A study published in 2005 in the Journal of Applied Physiology found that a mother's capacity for exercise alone can better predict a child's capacity, than when fathers are taken into account. Mitochondrial DNA also plays a role in how a person uses oxygen cells during exercise. 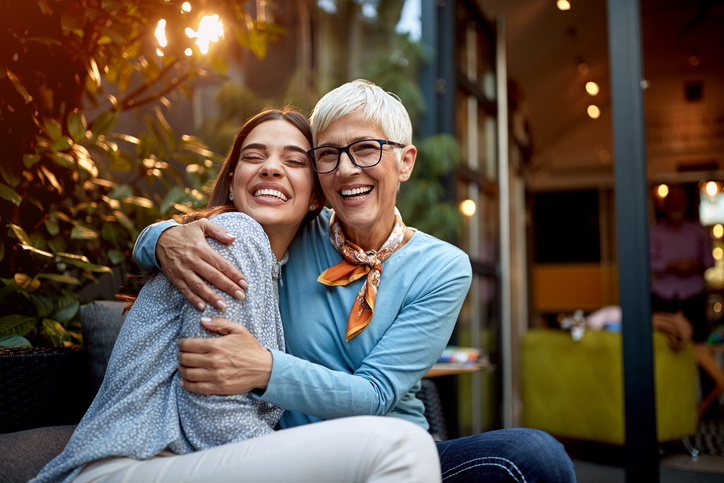 Want your baby to look young forever? Mom better wear sunscreen! Another genetic trait babies inherit from their mom (and their mom’s mitochondrial DNA) is physical signs of aging. Ever hear the expression, “you’ve got good genes?” Well, there may be some truth in that.

Wrinkles, laugh lines, and crow’s feet are all common physical signs of again. Of course, a person’s skin and appearance are influenced by a variety of environmental factors such as sun exposure, UV ray exposure, and free radicals. However, studies have shown that if our mother’s skin cells and DNA have mutations or sun damage, these mitochondrial DNA mutations may be passed down. According to research led by Nils-Göran Larsson at the Max Planck Institute for Biology of Ageing in Cologne, “Aging is determined not only by the accumulation of DNA damage that occurs during lifetime but also by damage that we acquire from our mothers.” So if you ever wonder why some people seem to say fresh and youthful for decades, they may have mom’s smart skincare routine to thank!

Of course, while all this research into genetics and inheritance is interesting, parents mainly have no control over the genes they pass to their children, so blame (or credit) should not come into play!

Most often, babies are a perfectly intricate mix of both parents, but there are still more than a few things they could pick up from just mom or dad. Does your little one have any traits from you?