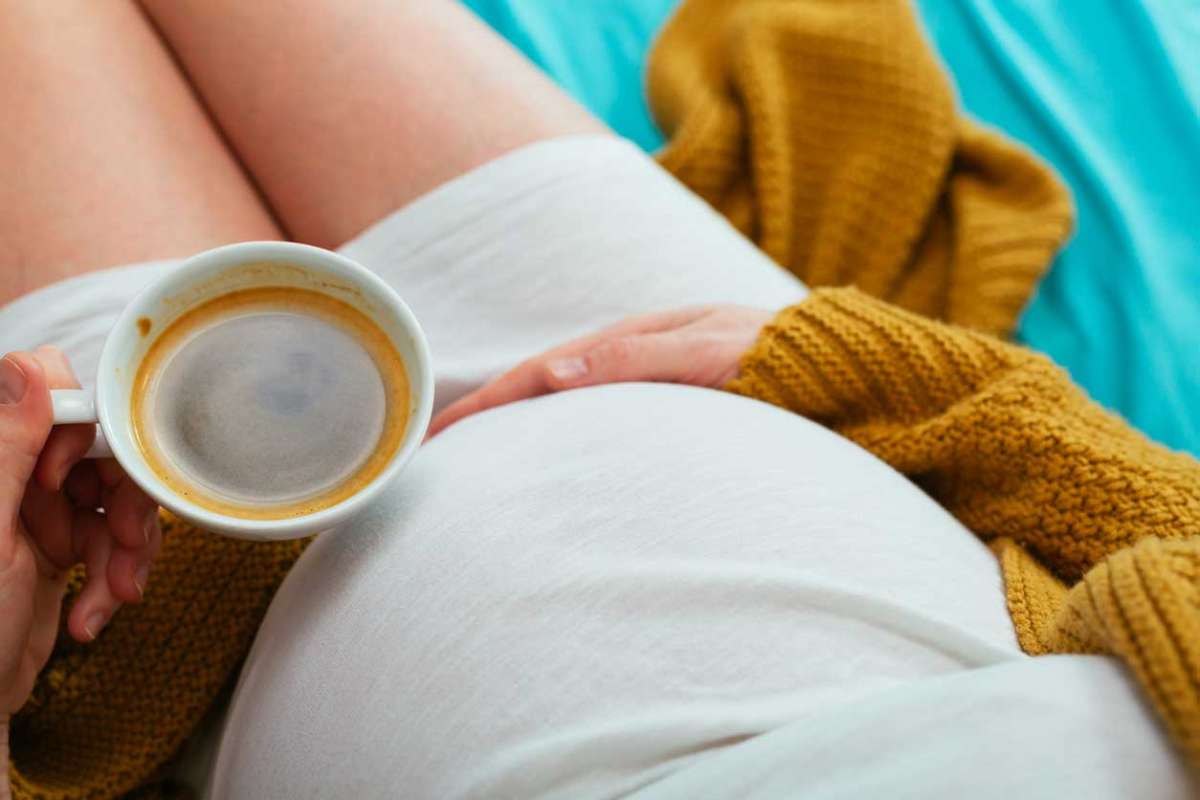 Is It Safe To Drink Coffee or Have Caffeine While Pregnant?

Many pregnant women often wonder if they need to switch to decaf, lower their amounts of caffeine or whether they should quit coffee cold turkey while pregnant. Leading obstetricians explain if it is safe to drink coffee while pregnant.
Kristina Cappetta
Table of contents

A cup of coffee is a morning ritual for many of us. But, when you get pregnant, many women wonder if their caffeine consumption has to take a backseat...at least for nine months. The concern is over whether a woman's caffeine intake will increase the risk of miscarriage, low birth weight, or lead to birth defects. Every woman wants a healthy pregnancy and may start to think about whether her morning cup of coffee is putting her at an increased risk of problems from trimester to trimester.

Many pregnant women often wonder if they need to switch to decaf coffee, lower their amounts of caffeine or whether they should quit cold turkey. We're going to take a look at whether you can drink coffee while pregnant and if so, how much is safe.

Is it Safe to Drink Coffee While Pregnant?

Isn't that the million-dollar question? Truthfully, the answers are going to vary depending on who you ask and what study about caffeine consumption and pregnant women you consult.

A March 2021 study found a correlation between caffeine intake and low birth weight. Specifically, pregnant women who consumed the caffeine equivalent of as little as half a cup of coffee a day on average had slightly smaller babies. Researchers found that maternal caffeine consumption of fewer than 200 milligrams of caffeine per day resulted in risks to the fetus. That's the caffeine content of about two cups of coffee a day.

Smaller birth sizes can put infants at risk of heart disease, diabetes, and obesity as they get older. When you dig even deeper, you'll find two conflicting studies about the effects of caffeine while pregnant.

On one side, a 2008 study released by the American Journal of Obstetrics and Gynecology, found that women who have a maternal caffeine consumption of 200mg or more of caffeine every day are twice as likely to have a miscarriage than those who don't get their caffeine fix at all while pregnant.

On the other side, in a study released by Epidemiology, there was no increased risk in women who had a caffeine consumption of between 200-350mg per day.

How Much Coffee is Safe to Drink While Pregnant?

With different studies and medical opinions, it creates quite the gray area for women who just want to have a cup of coffee in the morning! Consulting your healthcare professional is always a good idea so that you can get his or her take on your pregnancy and what's best for you. Many will tell you that less caffeine is better and that you don't have to quit drinking coffee during your entire pregnancy.

Dr. Barrow adds that caffeine’s relationship to fetal growth restriction is unclear. Thus, it may be in your favor to lower your caffeine intake when pregnant. This probably means you'll need to ditch the espresso and latte and choose a drink that is on the simpler side. Perhaps a cup of regular coffee or decaffeinated coffee should be on the menu.

“Due to conflicting conclusions from numerous studies, the March of Dimes states that until more conclusive studies are done, pregnant women should limit caffeine intake to less than 200 mg per day; an average cup of coffee has 100mg of caffeine,” explains Dr. Barrow. “This is equal to about one 12-ounce cup of coffee.”

Because research on coffee consumption and pregnancy seems to be all over the place, Dr. Barrow recommends that if you can't eliminate caffeine altogether and still want that caffeine fix, limit yourself to 1 to 2 caffeinated beverages per day when pregnant.

Final Thoughts on Caffeine During Pregnancy

When you're pregnant, it's always best to consult your doctor when it comes to what you can and cannot eat or drink. Remember, everything you do now is for two. Maintaining a healthy pregnancy will benefit both you and your baby in the end. For many, lowering your caffeine intake and cutting down on things like energy drinks, soft drinks, and even coffee will help get you there, as well as working on a Healthy Pregnancy Diet.