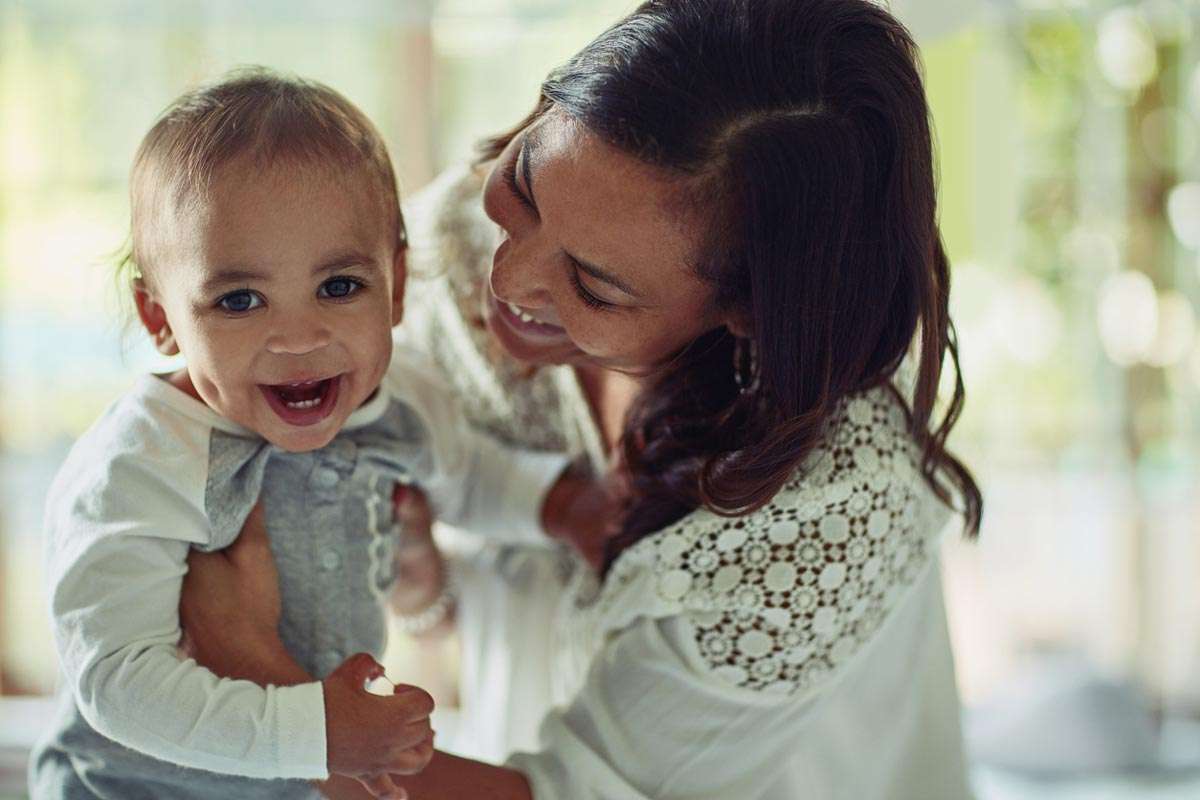 Will My Baby Have Dimples? A Genetic Explanation

How do you know if your baby will have dimples? It’s a question that many soon-to-be parents ask themselves. We've got the details on where the dimple gene comes from and what can impact it.
Miranda Altice

This article was medically reviewed by Dana Bressette. Dana is a professor of Genetics, Nutrition, Microbiology, and Immunology at University of Phoenix.

Baby cheeks are so sweet, pudgy, and pinchable. Pair those with adorable dimples and giggles and you have a baby akin to a kewpie doll.

Dimples are often seen as a desirable characteristic because they light up a face, even through smudged, terrible-two tears. They definitely seem to provide a little more personality!

But how do you know if your baby will have dimples? It’s a question that many soon-to-be parents ask themselves. It’s often said that cheek dimples are an inherited dominant trait. However, very little research has actually been done into the actual genetics of cheek dimples. It is not known if dimples are truly inherited or not.

More: Will My Baby Have Freckles?

Don't have time to read the whole explanation now? Pin it for later:

The Science Behind Dimples

What are Dimples, Anyway?

When someone mentions the word dimple, we automatically think of the little hollows that tend to dominate the sides of the cheeks. They are natural indentations that are pretty hard to miss, and often beg someone to say, “Oh, look at those dimples!”

But when you stop to consider exactly what a dimple is, especially on a cellular level, it opens up a whole new perspective.

According to the National Institutes of Health’s Genetics Home Reference page, “A dimple is an anomaly of the muscle that causes a dent in the cheek, especially when the individual smiles.”

The muscle in question is called the bifid zygomaticus muscle, and it creates the dimple when it flexes. That’s why we normally only see dimples when someone smiles or makes a facial expression that pulls on these specific muscles.

But when we dig a little deeper, the muscle’s characteristics are controlled by our genes—whether or not you have the traits that produce dimples.

The Dominance of Dimples

Dimples appear to be a highly inheritable trait. “A dominant trait is one that you only need one gene copy (from your mother or father) in order to get the trait,” says Dana Bressette, a molecular geneticist and university genetics instructor. “Since dimples aren’t heavily studied, though, it isn’t clear if it is truly just one gene (or maybe more) that will determine if you have them. Also, you may not get dimples even if you have the gene. So that is why they are considered irregular.”

Leah has the dominant trait for having dimples (DD) and her partner Jeremy has a recessive trait for dimples (dd). Their child Joanna will receive an allele from each of them, which will give her dimples with one dominant allele and one recessive allele (Dd). Joanna’s children may or may not have dimples depending on the recessiveness or dominance of her partner’s genes.

So, if either you or your partner has dimples, your child will most likely have dimples. But, “Since dimples are an irregular trait,” says Bressette, “not all siblings will have them.”

The Case of the Disappearing Dimples

There are cases where dimples have disappeared after a certain number of years. Most scientists feel that a lot of baby’s have dimples because of the excessive fat in their cheeks, which is why the indentations fade away along with the baby fat.

But, strangely enough, some children have been known to not have them at birth, but eventually develop them later in their childhood. And the same has been reported in reverse, where some people had dimples all through their childhood, only to find their infamous dimples disappear well into adulthood.

It’s also interesting to note that you may sometimes see someone who has just one dimple, or have dimples in a different spot on the cheeks than the parent. This, too, is also genetic and may or may not fade over time.

If you or your partner have dimples or have a parent with dimples, then you will most likely see those cute, little hollows on your baby, too. Depending on whatever trait your baby inherits, the dimples could last a lifetime or just until the chunky cheek baby fat has gone away.

Either way, enjoy the unpredictability as this will no doubt last a lifetime!

Wondering which traits your baby will have from each parent?