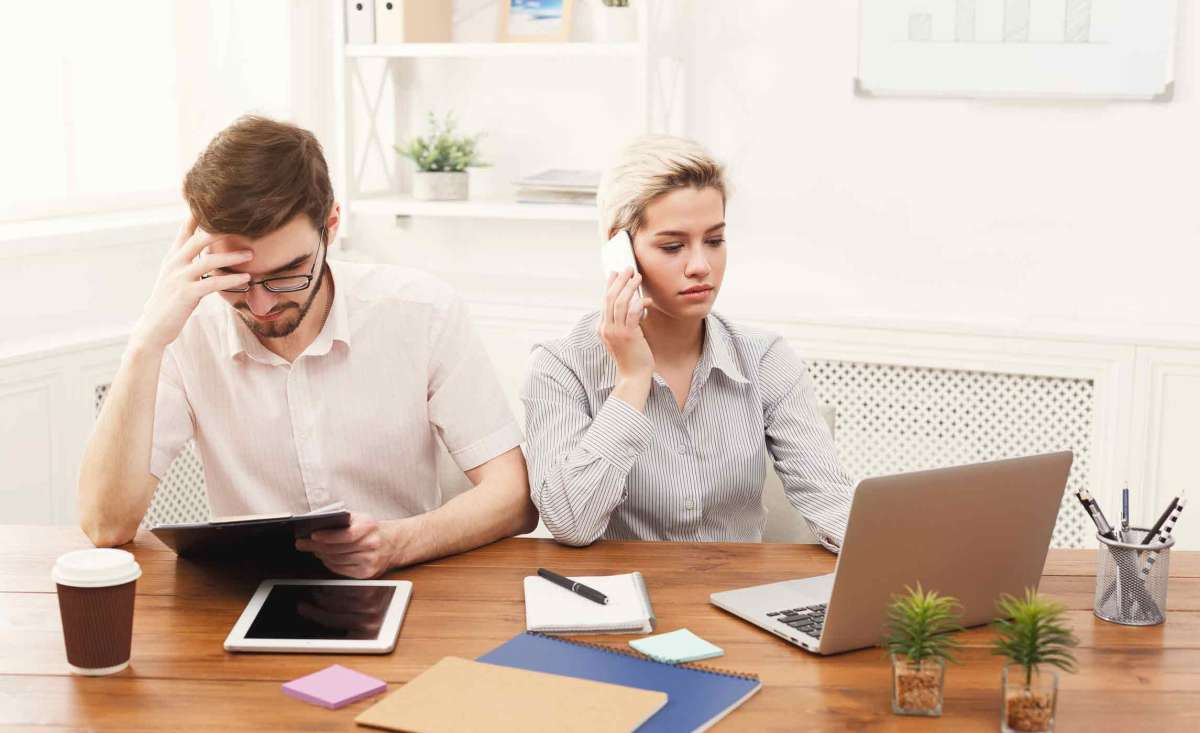 Are You Married to Your Work or to Your Spouse?

Learn from one couple's story of balancing their work and their relationship.

Some people are fortunate enough to really love their work. They put tons of energy into their job and receive a lot of personal satisfaction from the results. They tend to work long hours and talk enthusiastically about their job to whomever will listen. Most of their friends tend to be from the office. They often have little energy left over for anything or anyone else—including their spouse.

There is an expression to describe such people: They are married to their work.

What does this imply about their marriage to their spouse? Usually it means that their spouse comes second, which is a recipe for disaster. Even though someone might receive a great deal of satisfaction from his or her job, he or she still needs to put the marriage first. Work shouldn't be at the expense of your relationship.

Overworked and Loving It

Doug and Laura both had jobs that were important to them. Until now, they had managed to put enough time and energy into their relationship to have a great marriage. But recently, Laura was becoming more and more engrossed in her work. She was very excited about the new project she was working on. She worked 12-hour days, brought work home with her, and worked most weekends. All she could talk about were her ideas on the project and where her career was heading. Laura was totally consumed by her work.

More: The Importance of Personal Goals in Your Marriage

Doug was beginning to feel left out and resentful. In general, he was very supportive of Laura and proud of her accomplishments. But lately she had no energy left for him. Every time they went out, she talked about her work. She never asked him how he was doing and never seemed to think about their relationship anymore. She even stopped doing small, nice things for her husband.

Her commitment was exclusively to her job. Laura was married to her work and was putting her marriage to Doug in serious jeopardy.

Investing in Your Marriage

When Doug brought up the issue about her work, Laura would always say, “Don't you care about my career? It's so important to me, and I thought it was important to you, too.” Doug really felt like he was being taken for granted. After a particularly bad argument about their situation, Doug blurted out, “Don't assume I'll always be there for you. You haven't exactly been there for me lately!”

Laura was shocked. She had been working so hard and had made the false assumption that her marriage would survive the stress with no extra effort from her. Doug and Laura had a very serious talk about how Laura could invest a lot of time in her work and still have time for Doug. What was most important to Doug was that Laura really put work out of her mind when she was with him and focus solely on him and their relationship.

Laura needed to manage her time at work more efficiently. She realized she could save an hour a day, five hours a week, by making business calls while driving to work. And she changed half of her dinner meetings to breakfast meetings.

By making all of these changes, she had more time to invest in her relationship. Laura was much happier and so was Doug. They really improved their marriage once Laura learned she needed to put time and effort into the relationship, even when she was busy at work.

Assess your priorities with this quiz on your work life.