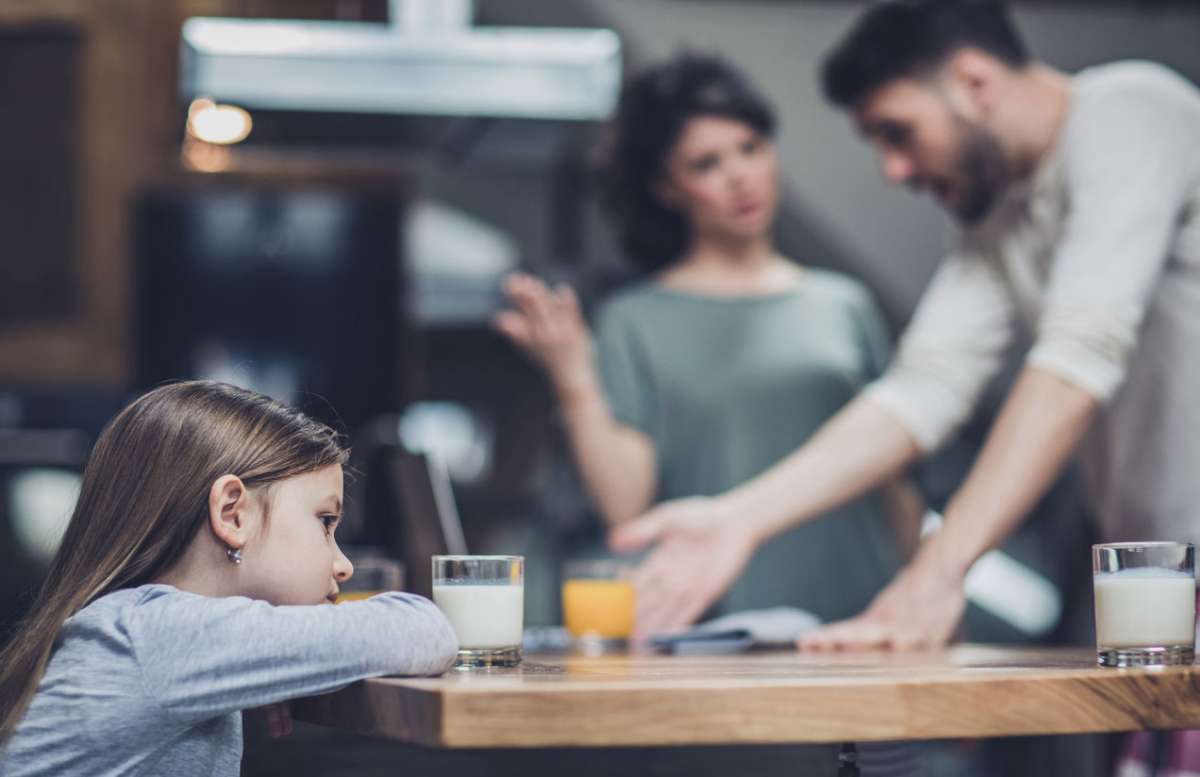 How Your Marriage Affects Your Children

This article describes the ways in which your marriage may affect your children's behavior.

The foundation of your relationship with your spouse could have a big impact on your child. If they see the two of you getting along and supporting each other, they will mirror your behavior and will likely get along with friends and family.

More: Having a GREAT Marriage

On the other hand, children are also great imitators of less than perfect behavior. If they see the two of you arguing constantly, calling each other names, putting each other down, or being physically abusive, you will probably see them repeating these negative behaviors. They will probably feel insecure, and this insecurity might be reflected in poor grades, bad behavior at school or home, or even depression. If the two of you are going through a rough period, work on your relationship! The entire family will benefit, not just the two of you.

Q: Is it bad for my children to see my spouse and I disagree?

A: No. It can be instructive for your children to see the two of you disagree and resolve the issue. They will learn valuable skills. On the other hand, yelling, screaming, threatening, or calling each other names is counterproductive. If you do have an unproductive argument in front of the children, be sure to make up in front of them as well.

George and Tina's 11-year-old son, Eric, had been acting up for a few months. Before, he was a solid “B” student and was well liked in school. Recently, however, he had been failing some of his exams, not doing his school reports, and neglecting his friends. Eric had also started to talk back to his parents, walk away from the dinner table, and slam the door to his room. George and Tina just didn't know what to do. The worse Eric's behavior got, the more they worried and the more they fought. They blamed each other for his behavior, and rather than come up with solutions, they kept focusing on the problems.

When George and Tina reached the end of their rope, they came to see us about Eric. We listened to their description of his problems and then asked them how things were going for the two of them. They admitted they had been fighting a lot lately, even before their son was having problems. They were struggling financially, and both were working overtime to bring in extra income. They weren't going out together anymore in an effort to save money, and in general they weren't even enjoying each other's company. They never discussed their problems in front of their son because they didn't want to worry him.

As they talked more and more about their problems, Tina and George started getting the message that their behavior had really affected Eric.

Over time, George and Tina worked through a lot of their financial worries. They changed their budget so they could reduce their work hours, and they started to go out together again. They made a point to have a nice meal every night and talk about everyone's day. Their son gradually returned to his old self. He started inviting friends over to the house and completing his assignments. Eric's behavior problems had been a reflection of his parents' problems. When his parents worked through their difficulties, Eric's behavior began to improve.

If your relationship does not improve, it might be time to consider the next step: