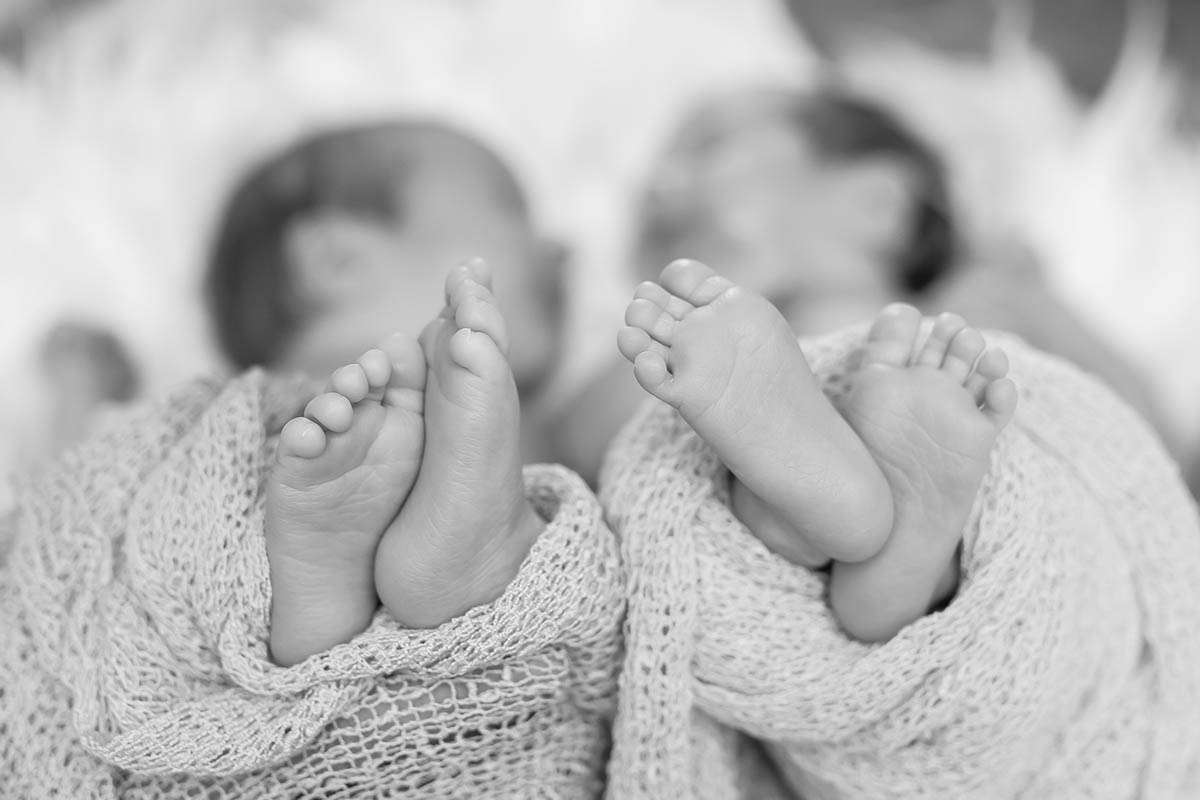 8 Factors That Increase Your Chances of Having Twins

If you're wondering how to get pregnant with twins, there are a number of factors that may increase a woman's chance of conceiving twins.
Kristina Cappetta

If you're thinking you want to double your fun with two babies instead of one, there are some factors that could increase your chances of getting pregnant with twins. In fact, conceiving twins is becoming more common than before. According to the CDC, over the last 40 years the number of twin births has nearly doubled.

If you're wondering how to get pregnant with twins, there are a number of factors that may contribute to a woman's chances of conceiving twins. We're going to take a look at what some of those are, as well as how twin pregnancies develop.

How Do Twin Pregnancies Happen?

Twin pregnancies develop when either two separate eggs become fertilized or when a single fertilized egg splits into two embryos, resulting in two types of twins.

A woman can expect identical twins when the fertilized egg splits into two separate embryos. Those embryos are referred to as monozygotic because they have identical genes. Monozygotic twins are always the same sex and are very similar in appearance. The chances of having identical twins are pretty rare, at just 3-4 per 1,000 births.

Non-identical twins or fraternal twins occur when there are two eggs in the womb and sperm fertilize them both. These are referred to as dizygotic. They don't have the same genes and may not be of the same sex. Fraternal twins are seen more commonly in women who have a twin pregnancy.

8 Factors that May Contribute to Your Chances of Having Twins

While a woman's chances of having twins are going to vary, there are several circumstances that could leave you buying two car seats instead of one.

If twins run in your family, your chances of getting pregnant with twins may be greater than a woman with no family history. But, there's a catch.

That means that if twins run on the mother's side, you may have a greater chance of having twins. One reason for this may be hyperovulation. This is when the body releases two or more eggs during ovulation. The genes for this to occur can be inherited. Check your family history on your mother's side to see if twins are a thing. If so, don't be surprised if you're conceiving twins down the road.

Fertility treatments are also high on the list of factors that can increase a woman's chances of having twins.

Twogood tells FamilyEducation enhancing treatments such as IVF, ovulation induction, and superovulation with fertility drugs like Clomid or Femara can increase the chance of twins.

Fraternal twins are common if a woman uses in vitro fertilization (IVF). With this type of fertility treatment, two fertilized embryos are often placed into the womb to increase the chance of pregnancy. When both embryos implant and develop successfully, twins are born.

Besides IVF, there is a procedure known as intrauterine insemination (IUI). Women may opt for this if they are trying to conceive, but it usually doesn't increase the chances of having twins as with IVF.

With IUI, women are given medications like Clomid or Femara to stimulate the ovaries. These may help a woman produce more than one egg at a time. Sperm is put directly into the uterus to help it get closer to the egg. When two or more are fertilized and they implant, twins can occur.

There are also gonadotropins. This is a follicle-stimulating hormone (FSH), that helps the growth of egg follicles. These are often used during IUI and other fertility treatments. This can increase the rate of twins by 30 percent.

A woman's age when she gets pregnant can also impact the chances of conceiving twins.

At that age, women tend to release more than one egg during their reproductive cycle than younger women. This is due to hormonal changes that start to happen near menopause. If sperm fertilizes more than one egg, you have twins.

A woman's diet may also result in a higher chance of having twins. Some research indicates that women who have no dairy in their diets and consider themselves vegan may increase their chances of having twins. This may be attributed to the growth hormones found in milk that may play a role in reproduction.

There is also some belief that yams could increase a woman's chances of having twins. This study was done in Nigeria where the twinning rate is the highest in the world. The findings are based on the belief that yams have a natural hormone phytoestrogen, which may stimulate multiple ovulation, resulting in twins.

When you're talking about how to get pregnant with twins, besides height, weight is also looked at.

"Obesity increases the chances of having twins and other correlations with diet are being investigated," says Twogood.

A 2005 study found that women with a BMI of 30 or more were more likely to conceive twins than women with a lower BMI. Women are not encouraged to try to gain weight to increase their chances of having twins. Being overweight while you're pregnant can negatively impact your pregnancy.

A woman's racial background may also affect a woman's chances of getting pregnant with twins. CDC statistics show that the rate of twin pregnancies in African-American women is higher than in white women. Also, Asian and Hispanic women tend to have lower rates of twin pregnancies than women in other groups.

Taking certain supplements may impact whether you're buying one crib or two.

"Some studies suggest that increasing amounts of folic acid may increase the risk of having twins," says Twogood.

All pregnant women are urged to take folic acid to help with a baby's brain development. Folic acid can help to reduce the chances of neural tube effects like spina bifida.

When it comes to how to get pregnant with twins, it's important to be aware of the factors that may increase your chances. Besides infertility treatments and genetics, there are other things like diet, height, and weight, that can also play a role. Understanding these and knowing your chances can help determine whether you'll need one car seat or two! Learn more about the Day in the Life of a Mom with Twins.