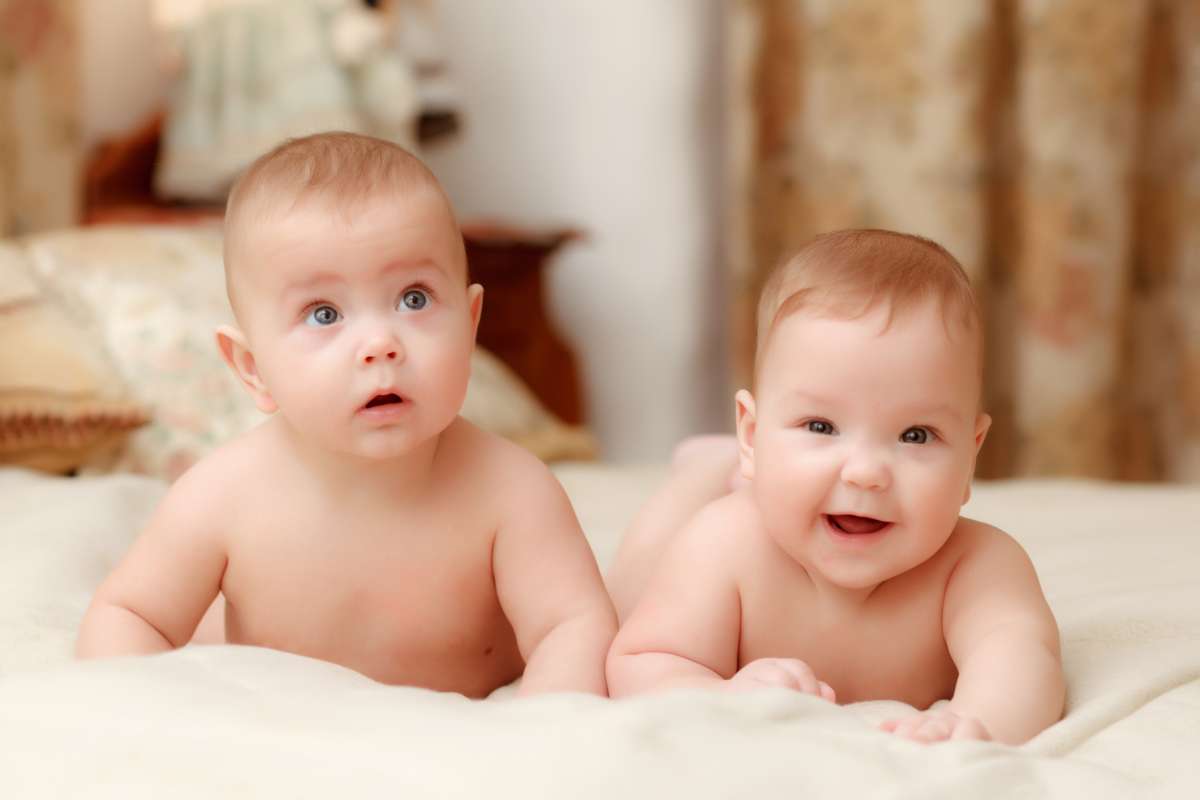 Is It Twins? Signs and Symptoms of Multiple Pregnancy

Some mothers can tell early in their pregnancy that they're carrying multiples. Laura, mother of four boys, including twins, said she just knew. For everyone else, here are some tell-tale signs you can look for. In this article, we'll break down

There were a few signs that Laura was having twins. First and foremost were the hormones:

I was more hormonal than normal with massive anxiety out of the blue…to the point I needed to go on medication during the pregnancy. That only happened with my twins and not with my two following singletons. The doctor said looking back it was the sheer amount of hormones coursing through my body…way more than with a single baby.

Then, there was the eerie feeling; the sense that there was more than one little guy in there. Somehow, she just knew.

What was also totally bizarre is I had a sixth sense that I was expecting more than one baby.

I was not on any fertility drugs and we got pregnant naturally on our first try so there was no reason whatsoever for me to even think I was having more than one baby, but I kept sensing I was expecting more than one.

I told my husband and he thought I was crazy because there are no multiples in our family and no reason to think so.

My husband at that point turned as white as a ghost and almost threw up in the exam room sink. He was stunned, and I was, too, but my weird sense was proven to be RIGHT! He now never questions when I have a “sixth sense” about anything!

Multiples manifest their presence in several ways, but no one symptom distinguishes itself as a clear indicator. Some mothers of multiples report a strong suspicion, like Laura, based on one factor or a combination of signals, while others experience absolutely nothing out of the ordinary. So how can you tell if you're pregnant with multiples?

Multiples Can Be Tricky to Detect

Some mothers are fully aware that they're pregnant with two or more babies from the very beginning of their pregnancy. They may have strong and accurate powers of intuition (or, more likely, they're under the supervision of a reproductive specialist who is monitoring every step of the conception process).

However, most women who spontaneously conceive twins, triplets, or more won't begin to suspect anything out of the ordinary until their pregnancy progresses. But there are some hints that show themselves as early as the first trimester.

Any of the following indicators may come up in the first trimester. If you experience them to an unusually extreme degree, it may be a sign that you're carrying multiples.

You may be aware of some or all of these indications, or none at all. Perhaps your doctor or midwife brought the symptoms to your attention during a routine exam. However, they are also all normal consequences of singleton pregnancy, which makes it quite difficult to tell whether they are truly a sign of multiples.

The phenomenon of one audible heartbeat is particularly common with monochorionic monozygotic multiples (multiples who share the same placenta). Not only do they have similar heart rhythms, but they tend to settle close to each other because they are contained in the same sac.

You might assume that multiple babies would be easily identified by listening for multiple heartbeats. Unfortunately, this is not an effective practice in early pregnancy.

Distinct heartbeat sounds are usually only detected toward the end of the first trimester, about week twelve. Even then, what sounds like an additional baby might actually be an echo of the mother's own beating heart.

In other situations, multiple babies that are positioned fairly close together in the womb may have indistinguishable rhythms that are misinterpreted as a single heartbeat.

In addition to physical symptoms, many mothers of multiples report an unexplainable hunch or vague suspicion early in pregnancy.

Often it's triggered by unusual circumstances that bring multiples to the forefront of their attention. Perhaps they dream about having twins or find themselves running across several sets of multiples in a public place. Or they may encounter mysterious phenomena that occur in sets of twos or threes.

One expectant mother of twins discovered that the eggs she'd bought for holiday baking all contained double yolks; two days later an ultrasound revealed that she was having twins!

To learn more about multiple pregnancy, take a look at Signs of Preterm Labor With Multiple Pregnancy.