Korean names are rising in popularity not only based on meaning and uniqueness but their significance in pop culture. When naming children in Korea, the practices have greatly changed over the years. Koreans names are rising in popularity because of the explosion of K-Pop and K-Dramas. Many parents are opting for more modern Korean baby names. Let's talk about some of the naming traditions that Koreans follow when they have a child.

A tradition that isn't used as often today is hiring a professional to choose the name of your baby or leave it up to the child's grandfather. Many people still use a professional but it is becoming less and less common.

You can find a lot of information about traditional naming practices here. Korean given names are usually written using Chinese characters called "hanja," but this is no longer the case in North Korea. The "hanja" chosen must be included in a very restricted list. If not, it must be approved by the family registry.

Hanja is based on Chinese characters and often names were ultimately selected based on the Chinese zodiac. However, the actual naming process is similar to choosing a girl's name. The family name, followed by a given name, used to be the typical structure. The given name was chosen based on its meaning. Many parents nowadays are veering away from using the surname as part of their name and opting for a single syllable name instead. Of course, this varies on preference.

Here is how you will see a traditional Korean name:

Below are 75 Korean boy names that are popular, unique, a single syllable, and combinations. There are plenty of options to choose from for your little one. 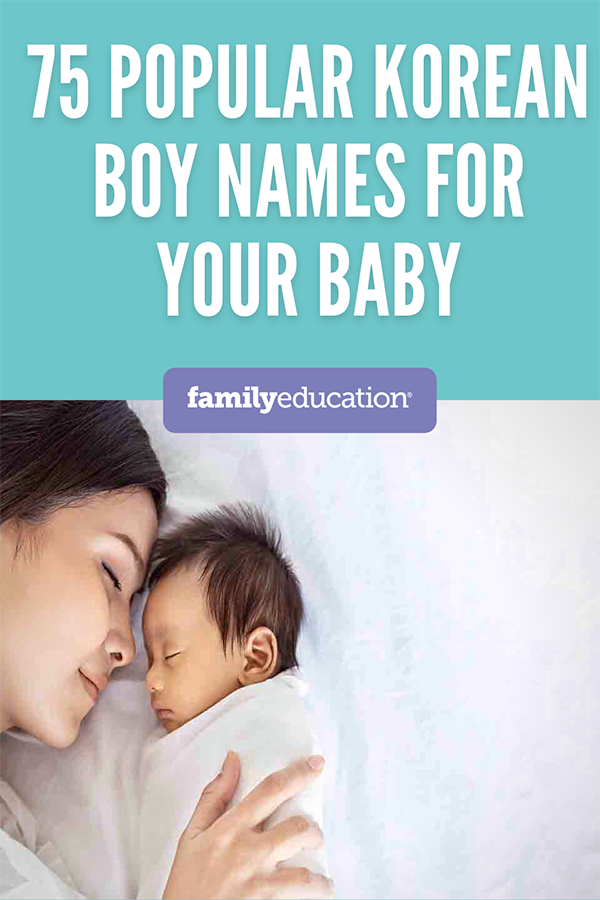