75 Names that Mean Snow or Winter for Your Little One

Elisa Cinelli
Why not celebrate the magic of winter by choosing a name that means snow for your winter baby? Here are the top names that mean snow (or winter) for boy, girls, and gender-neutral options.

Winter brings a peaceful sort of magic along with it. Have you ever heard the mysterious quiet of snow falling or looked out on snow-capped peaks and just soaked in the beauty of an all white world? If your baby is born during winter, a name that celebrates this time of the year might just be perfect.

The winter season lets us look out onto the simplicity of nature, but it also brings immeasurable power. Snow, hail, and ice are cold enough to kill and with them comes leafless tree branches and the disappearance of most animals, some even going into hibernation.

More: 25 Winter Baby Names That Are So Hygge

The cold and dark time of the year also drives us inside for shelter and warmth, and with that comes hot cocoa, cozy blankets, warm fires, and lots and lots of cuddles. Winter wields its power and we surrender to it, spending time together and celebrating the holidays.

Having a baby during the cold season shapes the way the first months will go. There will be days indoors looking out at the white world from a rocker by the window. A snow-covered yard will await your little one’s curious hands (and mouth!) Why not celebrate the magic of winter by choosing a name that means snow for your winter baby?

We rounded up our favorite names that mean snow or winter for you. 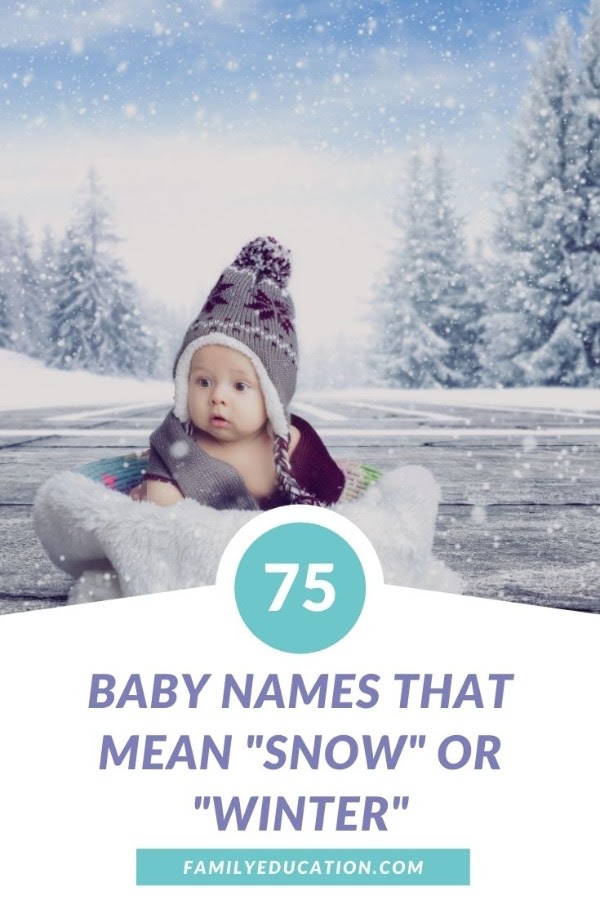