L. Elizabeth Forry
We explain what implantation bleeding looks like and why women experience spotting or bleeding in early pregnancy.
Table of contents

One of the first signs of pregnancy for one-third of pregnancies is implantation bleeding. However, because it resembles light spotting or the beginning of the menstrual cycle, many pregnant women miss this early sign of pregnancy or pay it little heed.

While in some cases, bleeding during pregnancy is a red flag that something is amiss, implantation bleeding is one of the earliest signs that you’re pregnant. Since implantation bleeding can be confusing or missed, especially for women not actively trying to become pregnant, we have broken down the ins and outs of this early sign.

We will break down all you need to know about implantation bleeding, a few other early pregnancy symptoms that are likely to accompany it, and when bleeding merits a phone call to the doctor.

What Is Implantation Bleeding?

Put simply; implantation bleeding is when a fertilized egg attaches itself to the uterine wall. When the egg attaches and burrows in the wall, some uterine lining may shed and cause light bleeding. It is also possible that you will feel some light cramping similar to menstrual cramps.

Implantation bleeding typically happens 10-14 days after conception, around the same time your menstrual cycle would begin, which is why many women don’t notice that first missed period. However, unlike menstrual bleeding, which can last 4-7 days, when implantation bleeding happens, it lasts a day or two.

If you notice light spotting or what seems like a light period, you can use panty liners to protect your undergarments. If your normal menstrual cycle doesn’t start within a few days of noticing the spotting, it might be time to take a home pregnancy test. 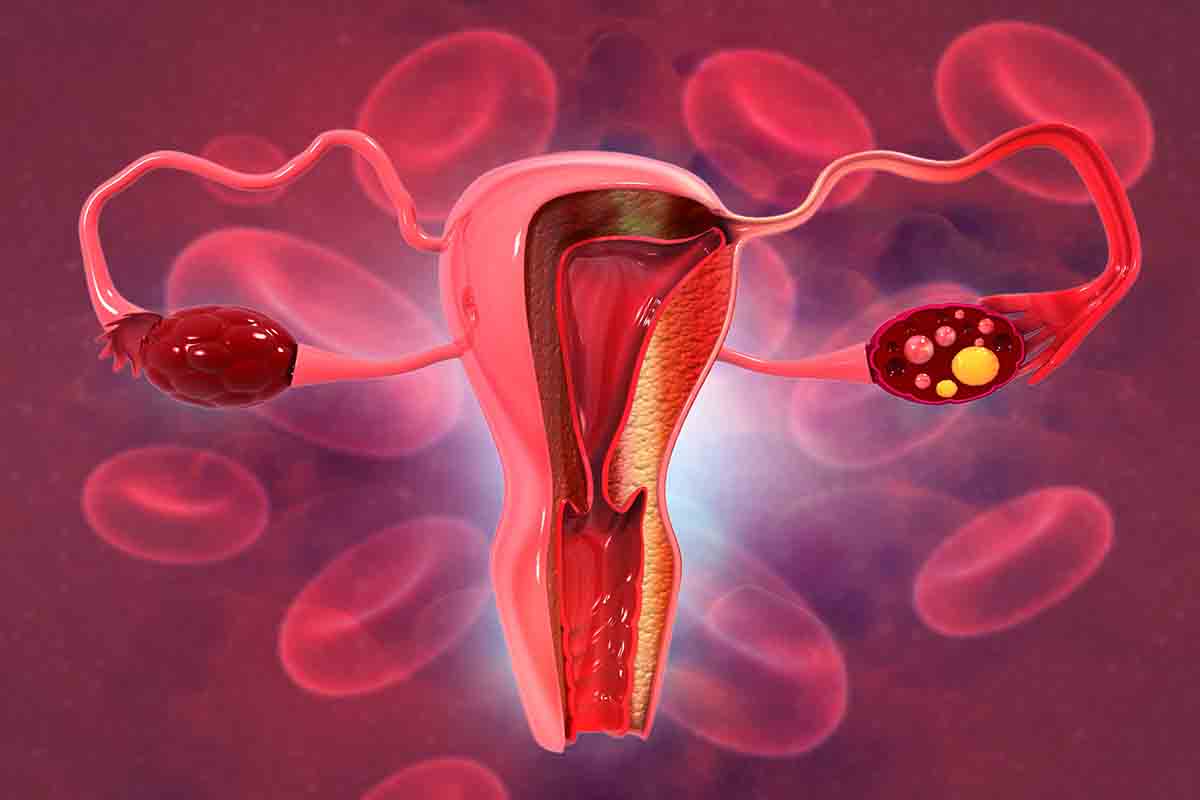 Compared to implantation bleeding, when you experience your menstrual cycle, ovulation has come and gone, and your body has not detected a pregnancy. When your brain receives the signal that its prenatal preparations are no longer needed, the thickened lining of the uterus sheds, producing your period.

Only one-third of pregnant women will experience implantation bleeding, so it is not a guaranteed sign of pregnancy. Therefore, it is good to know some of the other signs of pregnancy.

Before you even get a positive pregnancy test, you may notice some of these additional signs whether or not implantation bleeding occurs.

Once puberty hits, vaginal bleeding is a common occurrence for teens and women; however, there are a few warning signs that the bleeding happening is not your standard menstrual period or implantation bleeding. Some unfortunate and possibly dangerous causes of bleeding are a threatened miscarriage, pregnancy loss, or an ectopic pregnancy.

While many women who experience bleeding during the first trimester go on to have a healthy pregnancy, bleeding, especially if it is heavy bleeding or clots and clumps combined with stomach cramps, is a sign of miscarriage. A possible third sign of a miscarriage is smelly discharge from your vagina. If you know you are pregnant and are experiencing any of these signs, contact your ob-gyn immediately.

The American College of Obstetricians and Gynecologists (ACOG) estimates that 26% of pregnancies end in miscarriage. However, only 10% of these pregnancies are clinically recognized, which means many women miscarry before realizing they are pregnant and assume the bleeding is part of their normal period. 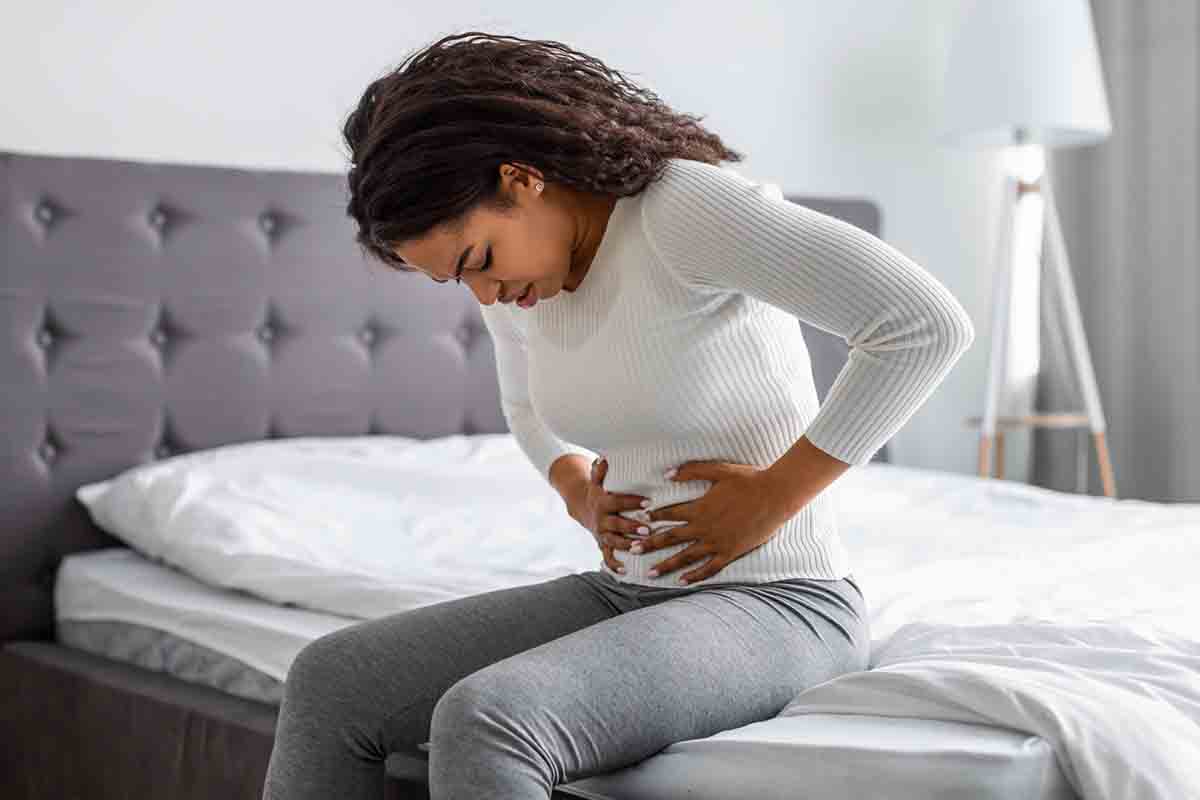 An ectopic pregnancy is a potentially life-threatening condition that occurs when the fertilized egg implants itself outside the uterine wall, usually in the fallopian tube; however, it can also occur in the ovaries, abdominal cavity, or cervix.

When an ectopic pregnancy occurs, women experience many typical symptoms of pregnancy and will also receive a positive result on a home pregnancy test.

A home pregnancy test measures the level of HCG or human chorionic gonadotropin, known as the pregnancy hormone present in a person’s urine. When fertilization and implantation occur, even outside the uterus, the body first receives many of the same signals; menstruation doesn’t occur, and HCG begins rapidly multiplying.

According to the Mayo Clinic, early signs of an ectopic pregnancy are light bleeding and cramping, possible shoulder pain, or the urge to have a bowel movement. If left untreated ectopic pregnancy can cause death to the mother.

When Should I Take a Pregnancy Test?

If the time for your expected period has come and gone and it’s been more than three days past your usual cycle start date, it is time to take a home pregnancy test. Some over-the-counter tests are so sensitive they can detect HCG only one day past your missed period.

If you have a confirmed pregnancy test, the next step is to call your healthcare provider or ob-gyn and begin taking prenatal vitamins if you are not already doing so.

If you are experiencing several pregnancy symptoms but have taken a home test or two and they have come back negative, you should contact your doctor for a blood test. While getting a false negative is rare, it can and does happen, so if you truly believe you are pregnant, it is better to be safe than sorry and make that doctor’s appointment!

If at any time during your pregnancy you experience bleeding, you should call your doctor. While, in many cases, there is nothing to worry about, it is always wise to get checked out to ensure both you and your baby are safe.