Day 10 of your Menstrual Cycle 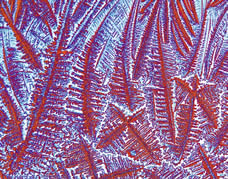 As ovulation approaches, more cervical mucus is produced. Here it has crystallized to form a "fern leaf" pattern. Around the time of ovulation the mucus becomes clear, slippery, and stretchy, which makes it easier for sperm to swim through.

You may not care whether you have a boy or a girl, but according to some theories you can influence gender.

Conceiving is all about having sex at the right time this week, but if you're hoping to have a child of a specific gender, the timing could be even more important. Some experts claim there is a link between when you have sex and the baby's gender.

Recent research suggests that women who have a high calorie intake (especially if they eat that most phallic of fruit, the banana) are marginally more likely to bear a boy. Those who skip breakfast or have a low calorie intake are more likely to have a girl. One reason for this is thought to be that the extra calories consumed affect vaginal secretions and help to give the Y sperm that makes baby boys a vital boost. 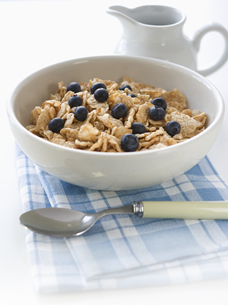 Research has found that women with high glucose levels, achieved by eating normally and not skipping breakfast, were more likely to conceive a boy.

The Shettles method, devised by Dr. Landrum Shettles, is based on the fact that Y sperm (for boys) are smaller, faster, and less resilient than X sperm (for girls), and are less able to withstand an acidic environment in the vagina.

But what works? The mainstream medical view, supported by reports in journals such as the New England Journal of Medicine, is that the timing of sex has little or no bearing on gender. The possible exception is that having sex two days before ovulation may be slightly more likely to favor a girl.

If you already have two same-sex children, you're 75 percent more likely to conceive a child of that sex again.

Statistically, couples who have two children of different sexes are less likely to try for a third child.