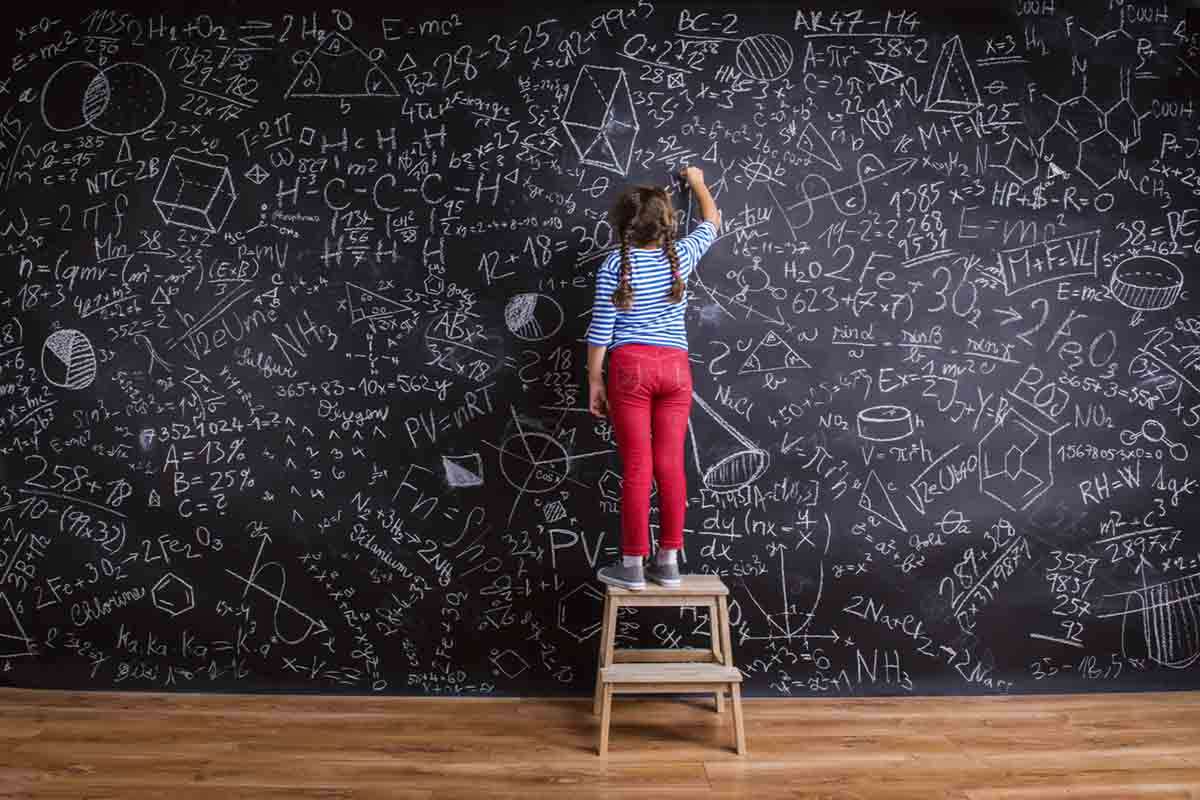 A genetics expert breaks down whether intelligence or cognition comes from genetic influence or other factors like socioeconomic status, and how these factors work together as determinants of general cognitive ability.
Elisa Cinelli

Do you ever wonder if your child's cognitive ability was inherited or if it's based on environmental factors? In fact, human intelligence is a fairly equal mix of genetics and environmental influences. Genetic differences in cognition are more likely to be passed on from mother to child than from father to child (so for all the moms reading this, you were right all along).

I have studied both genetics and the cognitive sciences extensively, and I'm here to share a little with you about whether cognition comes from genetic influence or other factors like socioeconomic status and how these factors work together as determinants of general cognitive ability.

An exact definition of intelligence is difficult to pin down, but generally, cognitive ability refers to the ability to learn from experiences and adapt to changing environments. Cognitive function includes reasoning, planning, and problem-solving skills, as well as the ability to think abstractly and understand complex ideas.

Intelligence differences are based on both genetic factors and environmental influences. Actual brain development is a combination of potential and the ability to reach that potential. Human intelligence depends on what a person is capable of achieving and what they actually do achieve.

How is Intelligence Measured?

Geneticists know that cognitive ability is influenced by both genetic factors and environmental factors. To draw such conclusions, they have had to base their studies on an agreed-upon definition of general intelligence.

So how do you measure general intelligence? It isn't easy when there are so many ways to be 'smart'. There are certainly rocket scientists who can't spell to save their lives and artistic virtuosos who can't balance a checkbook.

Most genetic research relies on the Intelligence Quotient (IQ test) to create a baseline for human intelligence studies. Researchers use IQ scores to compare intelligence differences and to ascertain whether and to what extent heritability plays a role.

Is There an Intelligence Gene?

The short answer is no, there is not a specific gene that determines overall cognitive function. Intelligence is a complex trait, which means that there are multiple alleles and a number of genes working together to determine a person's IQ score.

The genetics of intelligence only tell part of a person's story too. Although genetic variants do play a large role in whether a person has a high IQ, genetic studies show that general cognitive ability is also influenced by socioeconomic status and whether a person has been given the chance to achieve their potential.

General intelligence definitely runs in the family. Twin studies (on both identical twins and fraternal twins) have found a heritability of IQ between 57% and 73%, and in some cases, even higher.

Interestingly, genetic studies have revealed that a child's IQ score is less affected by intelligence genes than an adult's. This could be because children are still developing their cognition and may be in different stages of brain development. The individual differences between the results in studies on children also indicates that studies on the genetics of intelligence should be based on those which look at teens and adults, rather than those that focus on children.

I Got It From My Mama

Genes controlling cognition are more likely inherited from the mother than from the father, according to studies in genomics. Many of the alleles containing intelligence determinants are carried on the x-chromosome. Because women possess two copies of the x-chromosome while men carry only one, it is more likely for these alleles to be passed on to the children.

In fact, it could be that general cognitive ability comes only from the mother. Some studies on the genetics of intelligence have found that genes for advanced cognitive functions which are inherited from the father may be automatically deactivated. These genetic determinants are called conditioned genes.

Genetic research maintains that there is no correlation between race and general cognitive ability. This is supported by the fact that race is a social construct and not something that exists on the genome. In other words, we are all human. You do not inherit a specific race and your race has no bearing on how you perform on intelligence tests. Geneticists maintain that any past studies that claimed the opposite were flawed and did not take socioeconomic status, education inequality, and other environmental influences into consideration.

Genetics plays a role in how a person performs on intelligence tests, but there are also environmental predictors and determinants.

Going back to our definition of intelligence, it is a combination of our genetic predisposition and our actual educational attainment. Socioeconomic status plays a major role in what opportunities are afforded to a person during their life. Chances to develop one’s intellect are necessary to reach one’s full potential.

Think of it this way: A person born with the genetic predisposition for average intelligence might reach an average IQ score if they grow up with a healthy diet and a well-rounded education. If they have a parent at home to help make sure they get their homework done, the family can afford healthy meals, and the neighborhood offers the chance to get outside and run around, they're more likely to perform at the maximum cognitive ability genetically afforded to them. But, if they don't have these support systems in place, (and these are just a few examples among many), they may reach a lower IQ score than this with the same genetic determinants.

Another way to understand how environmental influences correlate with genetic predictors is to think of an athlete. Inherited traits such as strength, agility, and height clearly influence an athlete's highest potential. But if he never learns to play basketball or doesn't have access to the best coaches, he may not be able to reach this potential. On the other hand, a child who has all the best athletic supports but just isn't genetically predisposed to success in a certain support can only go so far.

When it comes to mental ability, environmental factors have the highest influence during childhood. That's why it's so important to promote equity for children.