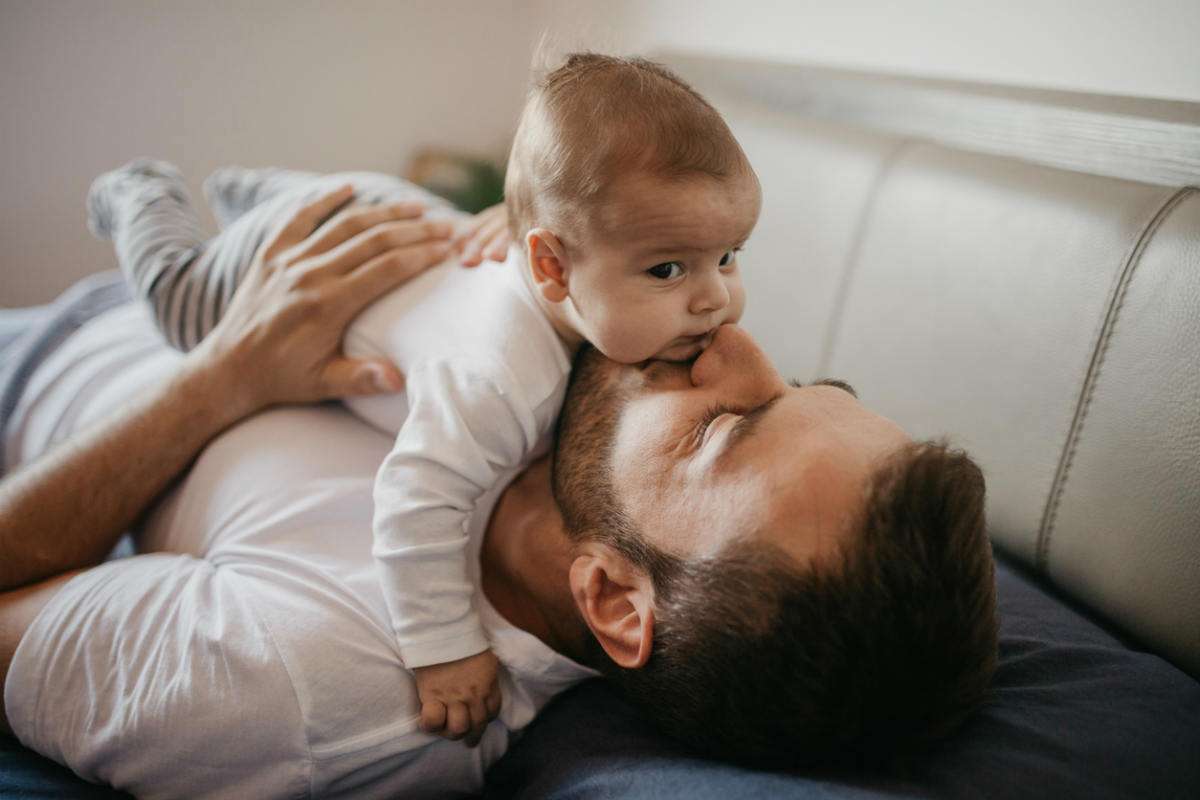 How Do I Tell My Husband I Don't Want To Name Our Son After Him?

In some families naming your children after parents or grandparents is a long-standing tradition. But what if you don't want to? FamilyEducation Baby Names Expert Jennifer Moss weighs in with the best way to to talk about it and what to do in this situation.
Miranda Altice

Nowadays, parenting is a much more parallel approach and naming your child is seen as a mutual agreement—one that is filled with love, intention, and partnership. Unfortunately, it doesn’t always seem that way.

When a friend of mine was faced with the dilemma of potentially naming her son after her husband, she was adamant that it wasn’t what she wanted. “How do I tell my husband I don’t want to name our son after him?” she desperately asks over tea, rubbing her large, swollen belly.

More: How to Use Your Maiden Name When Choosing a Baby Name

That, my friend, is a very good question. I talked to FamilyEducation Baby Name Expert, Jennifer Moss, who is also the author of two well-known baby name books and is founder/CEO of BabyNames.com. If you are in the same predicament, Moss has some very good insight that will help you to decide on the best way to approach your husband about the naming of your son.

Reasons for Choosing a Different Name

“The child should have his or her own identity,” says Moss. “We emphasize this with twins, too.” Modern fathers have chosen to use different names because they would prefer their sons to forge their own paths without feeling the need to follow in their footsteps. Moss explains, “Naming a child after another person in the household gives an expectation that they are ‘bound’ to that person or have to live up to them.”

When a baby is born, he starts out with a clean slate, but with someone else’s name, the slate already has marks. “My husband had negative items from his father’s credit report on his since they had the same name and address,” explains Moss.

Aside from bureaucratic issues, the moment the baby is given the father’s name, everyone who comes across them will constantly have to backtrack on their comments,

“Have you asked Herbert about the party?”

“No, I meant Herbert the son.”

And that’s how sons get labelled as “Junior” or “Little Herbert,” which brings me to reason three:

Moss explains, “You tend to differentiate them by calling the younger ‘Junior’ or ‘Little [name]’ which is not fair to the child as they grow.” Personally speaking, my father-in-law was named after his dad. This was “Senior’s” successful attempt to >follow the centuries-old tradition of giving the first son (and only, in this case) the father's name. Although my father-in-law had a good relationship with his dad, he has always disliked being called “Junior” because he felt as though he was was never really his own person - he was a miniature version of someone else.

Different Approaches to Talking About It

Dr. Leon F Seltzer, a Clinical Specialist in couples conflict, accentuates that just because you’re in a disagreement, doesn’t mean your relationship is ruined. Instead, confiding in your husband about your feelings might even be good for you and the relationship. “As long as you share your dissimilarities with grace, diplomacy, and tact,” he says in Psychology Today, “you should be able to let more of your hair down, and… be more of yourself with your partner.”

Moss says that one of the most popular routes is to, “Offer to use the father’s name as the middle name.” You can both choose the first name and agree that this is what you will call him, but also have the added note of tradition for his middle name.

Other options are to suggest a similar name that you can both agree on or call him by his middle name instead of the husband’s first name. Ask your husband to play around with the idea and make a list together of other potential names. Sometimes the idea just needs to sink in.

The most important thing to remember is that parenting is a partnership. “Make him understand,” says Moss, “that naming a child is a decision for both parents, not just one, and to see it from the perspective of the child, not the parent.”

The ultimate goal is to look for a win-win, and one that your son may even be happy with. Choosing the baby’s name is only the beginning of many decisions that you and your husband will have to make together.

And if you’re wondering whatever happened to my friend with the same dilemma? It was a happy ending: instead of naming their son William after three generations, they took the modern approach and named him Liam - a shortened version of William. How’s that for a win-win?

Looking for other ways to incorporate a family name? Check out The Ultimate Guide to Choosing a Baby Name Inspired By Your Family Tree.