L. Elizabeth Forry
Find your Slavic last name and learn about its meaning and origins. Our list of the most popular Slavic names and names with Slavic origins helps you learn your culture from A-Z.
Table of contents 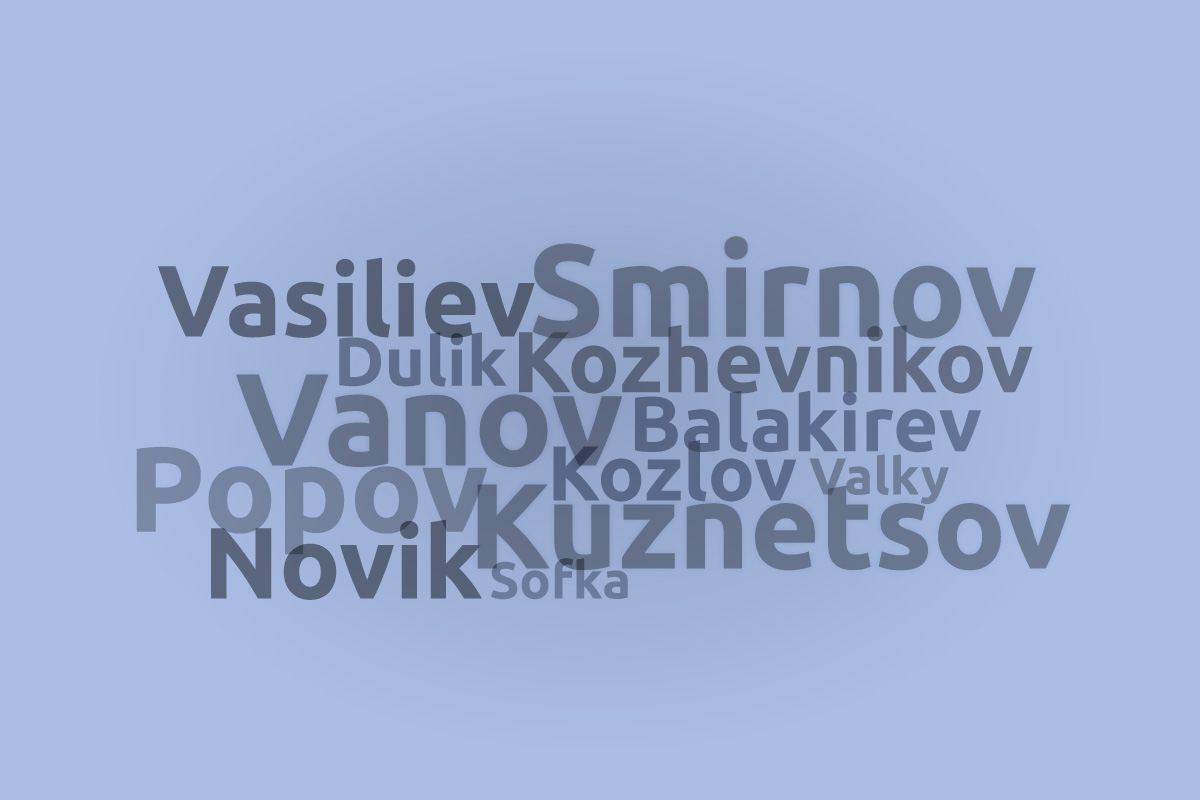 The most common or well-known languages included Russian, Polish, Czech, Ukrainian, and Serbo-Croatian. Slavic languages are spoken in Eastern and Central Europe, the Balkans, North and North-Central Asia, and Russia. However, there are people worldwide who, due to relocation and emigration, also speak Slavic languages.

If you are of Slavic descent, you may be wondering what your Slavic name means or where it originated. Like many cultures, many Slavic surnames are patronymic, but they can also be regional, occupational, or based on physical or personality traits.

Below is a list of common Slavic family names representing the varied languages of Slavic culture.

The majority of Ukrainian last names were formed by adding suffixes to first names to indicate “son of.” The suffix -ko is the most common suffix. But Ukrainian names also use -yshyn, - enko, -chuk, and -vich.

Initially, in Ukraine, last names were reserved for nobility or landowners. However, when it became part of the Austro-Hungarian empire, ordinary people and peasants began adopting surnames for taxation purposes.

Like other Slavic languages, Russian names also follow a patronymic pattern by adding -nov or -nova for the son of or daughter of to a given name. There are also many familiar last names based on occupation.

The Russians and Ukrainians share many familiar names and words, so some names popular in one country may also be shared in the other.

Poland and the Czech Republic are two more European countries where Slavic languages are spoken.

Czech last names are a melting pot of Czech, German, and Slovak. While many Czech names may appear similar to last names from neighboring countries, their spelling is what makes them uniquely Czech.

It is common for Polish names to end in -ski, which denotes where they are from or what their occupation was.

The Serbo-Croatian language is part of the South Slavic Language family and is spoken in Serbia, Croatia, Bosnia, Herzegovina, and Montenegro.

Many Croatian names use the suffix -ic or -ich after a given name. These suffixes indicate the individual’s father’s name or where they are from.