FamilyEducation Staff
Find your Russian last name and learn about its meaning and origins. Russian surnames are powerful and have very interesting history behind the name.
Table of contents 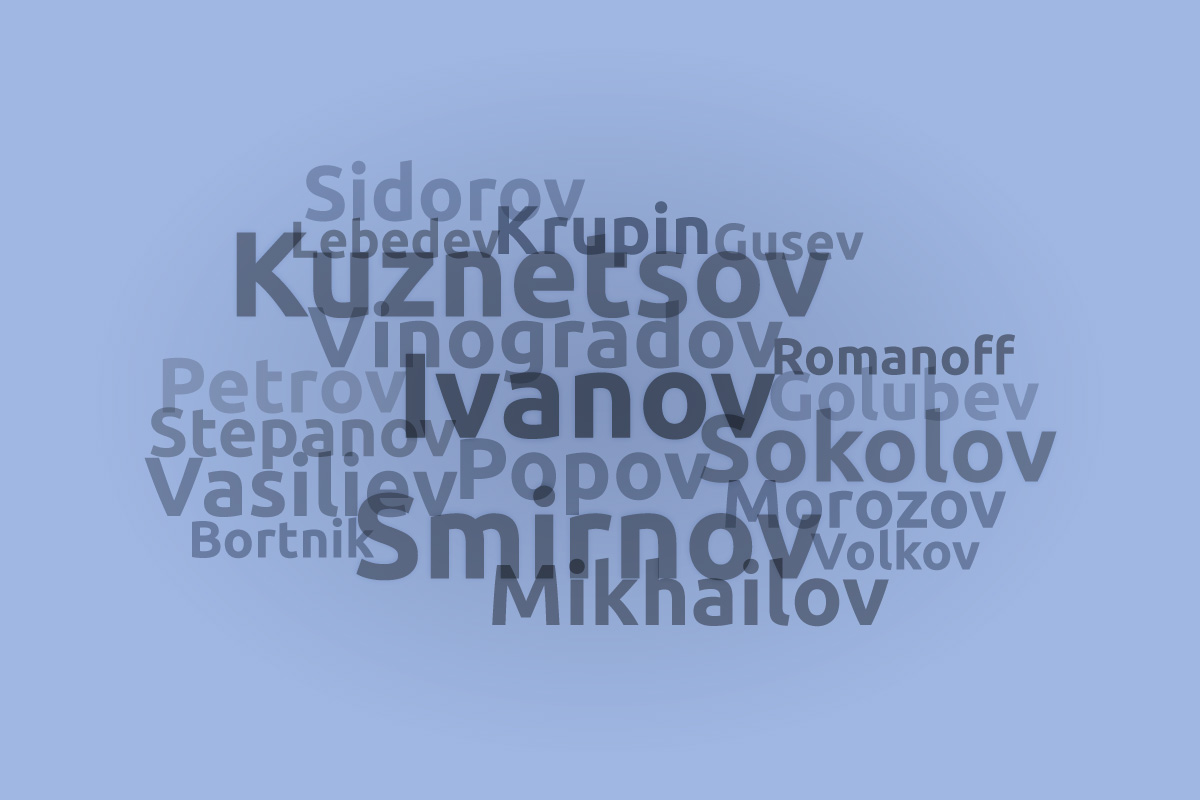 Russia is by far the largest country in the world, and fittingly the history of Russia is rich and expansive. The earliest settlements in Russia arose around A.D. 500, as Scandanavians and Slavs settled around the upper part of the Volga River, eventually building what would later be known as the Ukrainian city of Kyiv. The first modern state in Russia was founded in 862 by King Rurik. The empire of Kyiv eventually dissolved in the 13th century due to the invasion of the Mongols.

Later Russia's capital city was changed to Moscow. In the 1550s, Ivan IV became Russia's first Tsar after successfully driving away the Mongols. Russia was ruled by a number of different Tsars until 1917 when citizens overthrew their government in an attempt to form an elected government body.

However, shortly after this revolution, a communist group called the Bolsheviks, led by Vladimir Lenin, seized power. Lenin created the Union of Soviet Socialist Republics (U.S.S.R.) from Russia and 14 other republics, including Ukraine, Georgia, and Armenia. Joseph Stalin acted as dictator of the USSR  from 1929 to 1953.

In the 1980s, tensions rose between the U.S.S.R and the United States, leading to the Cold War. Eventually, the Soviet Union collapsed in 1991 with the tearing down of the Berlin Wall. Today, Russia exists as a modern democratic state also referred to as the Russian Federation. Vladimir Putin has served as the leader of Russia as a nation since the year 2000.

The Origin of Russian Last Names

The Russian aristocracy began using last names to differentiate between two people of the same name in the 17th century, while peasants didn't begin adopting surnames until the feudal system was abolished late in the 19th century.

Russian culture places high importance on the homeland and on the family. Russian-language names generally consist of three parts: Given name/first name + patronymic name or family name + surname. Russians do not use middle names. Instead, people's second name is generally patronymic, meaning that it derives from the first name of the father.

Patronymic surnames are formed by adding a suffix to the end of your father's name. The form of patronymic name also differs by gender. So for male names, you may see the suffixes: -ich, -ovich, or -evich. So, for example, a man named Vladimir Sergeyevich Orlov would have had a father named "Sergey."

The Russian naming system is also influenced by gender. Therefore, a patronymic for women will use a different set of suffixes, typically ending in a vowel. Common suffixes are  -evna or -ovna. For example, a woman named Lyudmila Ivanovna Alekseev would be the daughter of a man named Ivan.

There are very few names derived from occupations, but a lot of names are derived from animals. For example, Volkov means wolf and Bykov means bull.

5 of the Most Unusual Russian Surnames (with English Translations)

Use the list to find your last name and learn about its meaning and origins.