Stefanie Miller
Find your Lithuanian last name and learn about its meaning and origins. Search our list of the most common Lithuanian surnames and names from Lithuania.
Table of contents 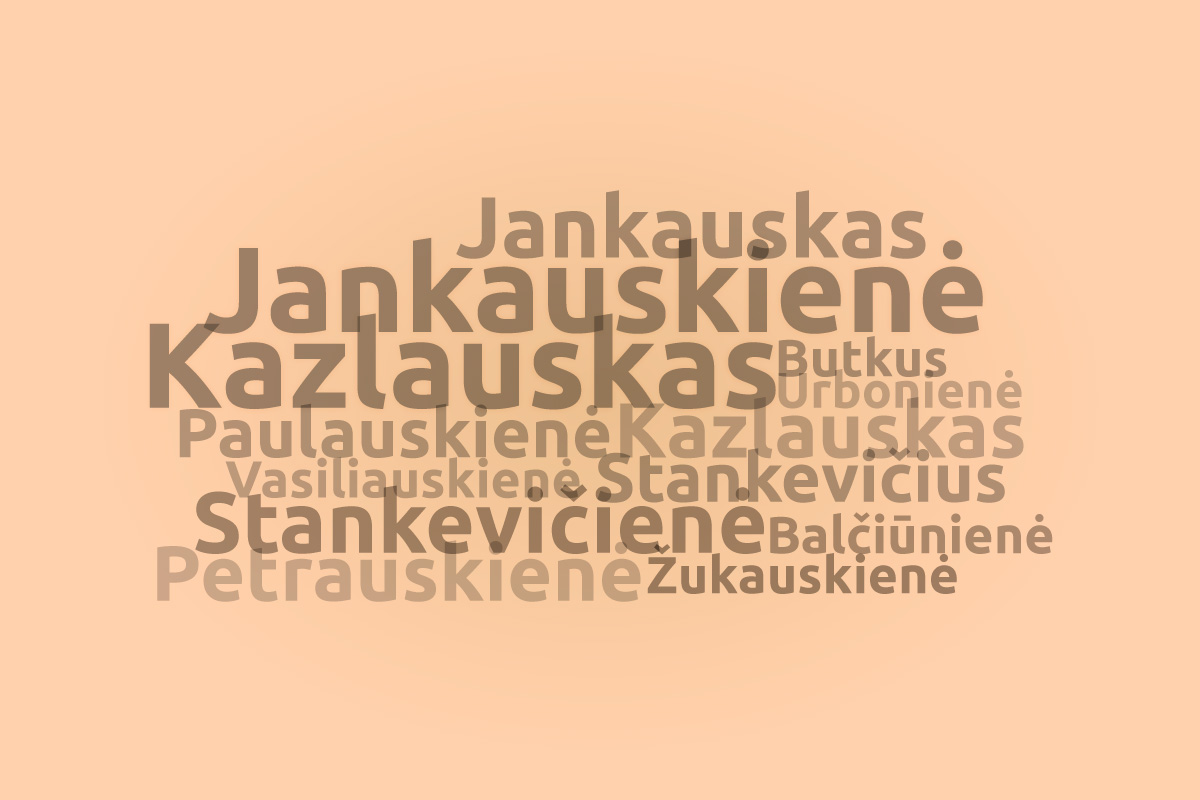 If you are not familiar with Lithuanian culture, then you can learn some new things here. Lithuania is one of the Baltic States located in the Baltic Region of Europe. Depending on what your roots are, you could have ancestors that originated in Lithuania. Below is a list of Lithuanian last names, including the most popular Lithuanian names as well.

Lithuanian surnames weren’t always a part of Lithuanian culture. In the 14th century, people of nobility were the first to adopt last names. Many people think this was because several Lithuanian last names have a coat of arms. Of course, this later changed and all people who reside in Lithuania have a family name.

Since Lithuanian is one of the oldest derivations of Indo-European languages, there is so much rich culture and ancestry. Lithuania treats surnames as a pathway to learning more about one’s heritage and even occupation.

Lithuanian last names have origins in several languages including Polish, Latin, German, and even Hebrew. A common tradition among surnames is the different suffixes used for male and female surnames.
Men’s last names use either -as, ys, -is, -a, -e, or -us. You can also use a woman’s surname to determine whether or not she is married. Married women take on the suffix -iene while unmarried women use -yte, -iute, -aite, or -ute.