Meaning and Origin of: Arthur 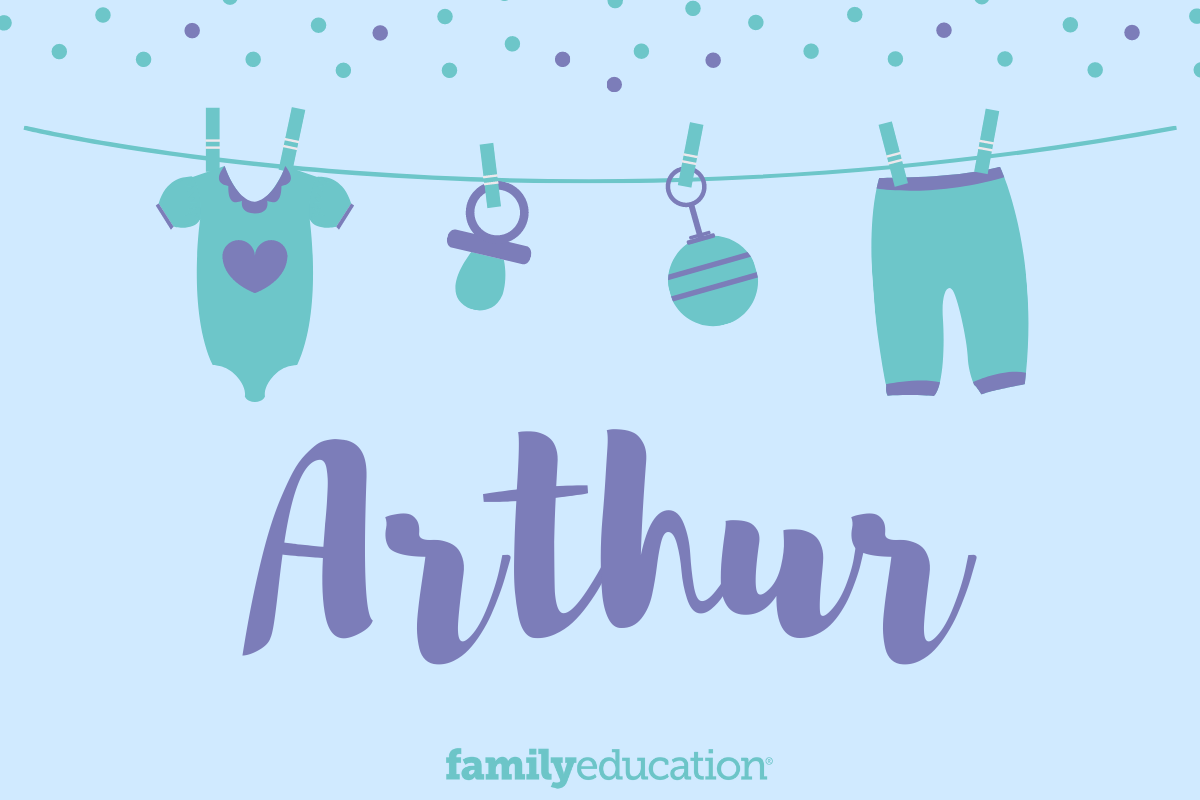 What does Arthur mean and stand for?

The name Arthur is of Celtic origin and means "bear." It is thought to originate from the Celtic elements artos, meaning "bear" combined with viros, meaning "man" or rigos, meaning "king". It could also be related to the Roman family name Artorius. The name was most prevalent during the Middle Ages, often used for royalty.

According to Social Security Administration data, Arthur has been steadily increasing in popularity since breaking the top 300 in 2015 and the top 200 in 2019.

According to Google search data analysis, in the last five years Arthur was at its peak popularity in December 2020.

Arthur was the name of the head of the Knights of the Round Table. It had fallen off the charts for quite a few years before suddenly reappearing. Whether the rise is due to notable namesakes, literary inspirations, or pop culture references is unknown, as there are many of each. Some notable namesakes include novelist Arthur Conan Doyle, tennis player Arthur Robert Ashe, playwright Arthur Asher Miller, singer Arthur Ira "Art" Garfunkel, and actor Arthur Kelly, as well as various princes and dukes. Actress Selma Blair, Kate Middleton's sister Pippa, singers Sam Amidon and Beth Orton, and actor Andrew Lincoln all chose the name Arthur for their sons. In the literary world, Arthur has appeared in Oscar Wilde’s An Ideal Husband, Charles Dickens' Little Dorrit, Harper Lee's To Kill a Mockingbird, Nathaniel Hawthorne's The Scarlet Letter, Douglas Adams’ A Hitchhiker's Guide to the Galaxy, and Lemony Snicket's A Series of Unfortunate Events. Not to mention, the name has also appeared in Harry Potter, Pretty Little Liars, Bewitched, Dexter, and Happy Days to name a few.

Arthur was searched for most often in the following states: