The Ultimate Guide to Your Daughter's First Date (for Dads)

Rachel Sokol
There are many ways dads can prepare mentally for this day--learn how to talk to your daughter—and her date—about dating.
Table of contents

“Daddy’s little girl” — it’s an expression, of course, reflecting the special bond some fathers have with their daughters. As witnessed by actor Steve Martin’s freakouts in the classic 90s remake movie Father of the Bride, no dad wants to see his little girl married off; no longer the hero in her life. I know my husband will forever see our daughters as little girls no matter what. So, how do you deal, as a dad, when your little girl starts dating?

More: What to Do If You Catch Your Teen Sexting: A Step-By-Step Guide

Dr. Fran Walfish, a Beverly Hills, CA-based family and relationship psychotherapist, shares her advice for dads on how to handle their daughter’s dating in today’s day and age…

Pin these tips to save for later: 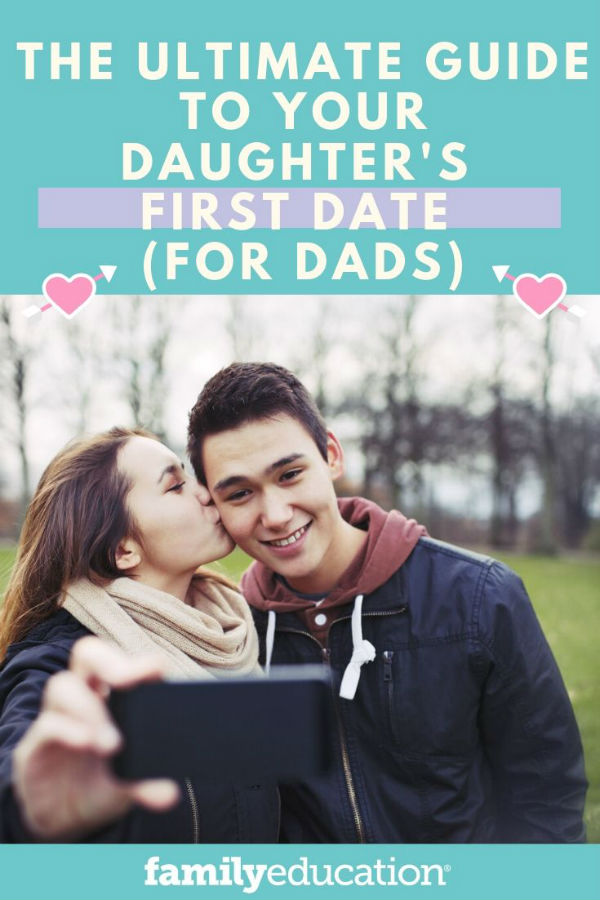 Discuss with your teen your dating expectations for them 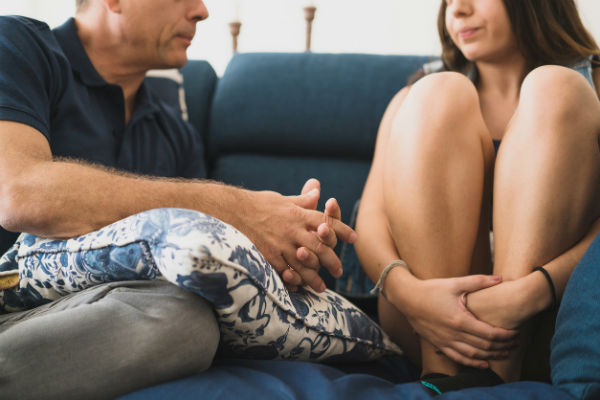 “Of course, it would be unreasonable for you to say no dating until after you're 18 years-old,” says Dr. Walfish. “But, you can decide whether you feel comfortable with your teen going to the mall with a group of his or her peers.” Independence, says Dr. Walfish,  should be earned with demonstration of consistently responsible behavior. “Hopefully, parents have established and developed good open communication with their teens in the early childhood years.” 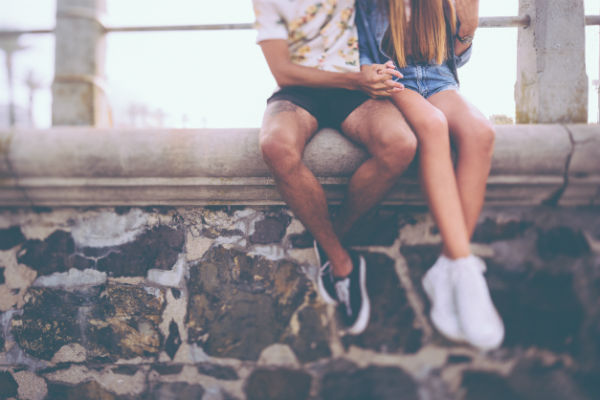 Even though it can be hard for parents to watch their kids date, they’re becoming independent and growing up. That’s why it’s also important to let your teens know you do trust them, and you support them—but they’re still teens, and not legal adults, at the end of the day. Thus, after their first big date, if you feel comfortable doing so, ask them how it went, and if they have any questions for YOU. Stress that you love and support your teenager. There are so many emotions involved with young love—be as supportive as possible for your teen on their journey through finding the eventual “one.” It’s a crazy ride, as you remember from your own teen days! 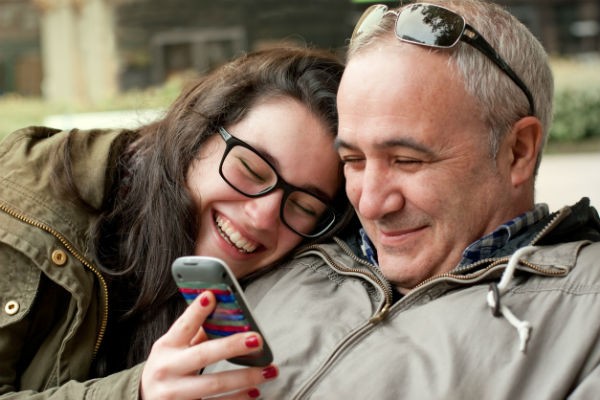 “Trust is earned by the daughter‘s demonstration of consistent responsible behavior including listening and following rules when told only once; no drugs, alcohol or sex, acting out, good grades, and overall kindness and respectful behavior to family members and friends,” says Dr. Walfish. “Without these things, the teen daughter has not yet earned her father’s trust and the privilege to date boys.”

Be vulnerable to your teen. Yes, you 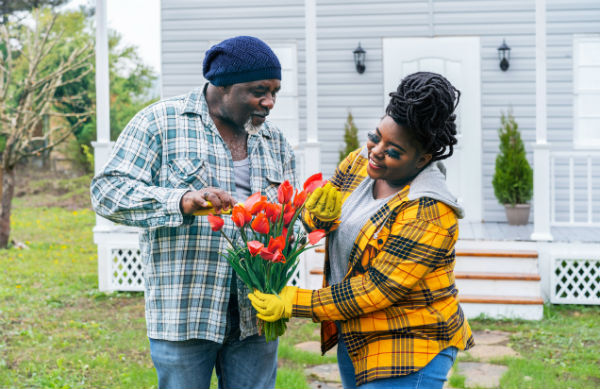 “Let your teenage daughter know the concerns you do have about dating—and if they get defiant, remember trust has to be earned on both sides, between father and daughter.” According to Dr. Walfish, open, honest dialogue is the foundation for your kids talking with you about their worries, questions, concerns, and fears including the sex talk, STD’s, condoms, and other methods of protection.

As my husband said when we discussed this topic, “I want my girls to feel comfortable talking to me about dating, even though I’m an adult, male figure. I want them to feel as comfortable with you (their mom) as they will with me.”

Expect pushback from your teen as they start dating 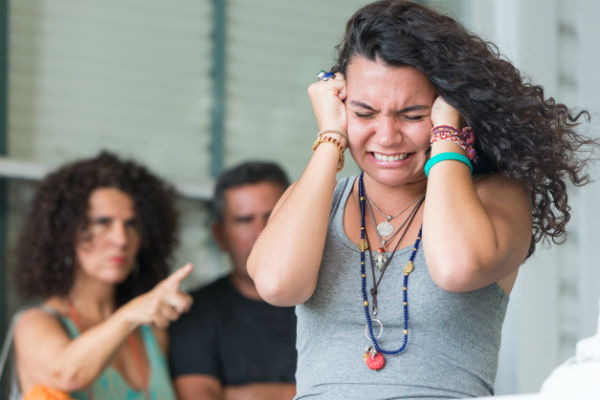 If you think your child is too young to date, and they disagree, prep for an argument. Don’t give up! That is your fear talking, and unfortunately you can’t prevent your teen from dating until she’s 35!

Says Dr. Walfish: “Their defiance and opposition revs up a bit during the teen years in order for them to resolve their autonomy and come out the other side as adults with their own opinions and beliefs about religions, sex, relationships, character, morals, and politics.” Hey—how many times did you think you knew everything when you yourself were a teenager? She adds: “Keep talking and listening with your kids.” Talking maturely and calmly is the glue that holds relationships together. 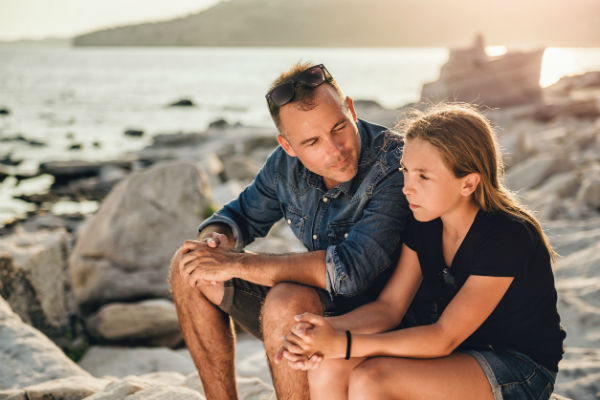 I know—tough to think about. But important. “Dads need to have a serious, honest, self-examined look inside to discover where they stand on the issues of their kids dating and engaging in teen sex,” says Dr. Walfish.

“Each one of us must not fear taking a clear stand with our kids on our expectations of what we believe is best for them.” Like it or not, she adds, as long as they live under your roof they must comply with your rules.  This is when mom can step in and help, convo-wise, if there’s a mother or mother-figure in the home who can talk to the teenage girl about sex if she’s just not comfortable discussing with dad, and vice-versa. (Which makes total sense! The ‘birds and the bees’ topic is almost always awkward to discuss with teens.)

Speaking to the other teen 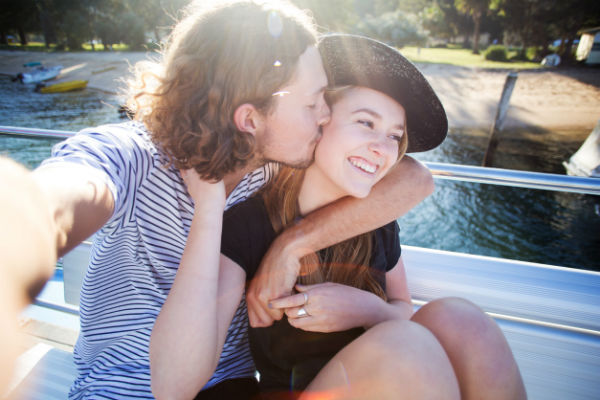 My husband Matt jokes that when our girls start dating, he will be like the father, Mel, in the 90s hit movie Clueless, in which Mel warns his daughter’s date he has a shotgun and a shovel (!!!) should anything happen to his beloved daughter. Well--Mel was obviously being a protective dad, but according to relationship experts, dads should indeed meet their child’s date. (No matter how embarrassing it is for the daughter.)

It may seem old-fashioned, but you don’t want your teenager meeting up with a total stranger. There are too many horror stories out there, unfortunately. When her date arrives at the house, put down your cell phone, shut off the TV, and give that teenage boy the attention he deserves—shake his hand, introduce yourself, ask if he wants some water—and hopefully they’ll give you the attention you deserve back. You also want them to know you care about your daughter greatly, and will be keeping an “eye” on him, while also showing him you are curious about his life and goals and interests. It’s a give-and-take.

Make your rules and expectations clear 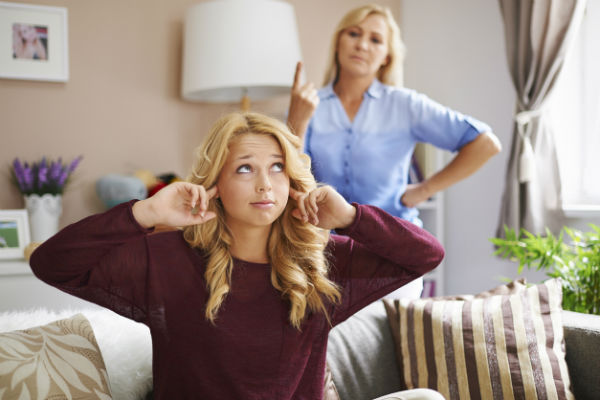 Discuss curfew with your daughter, stress that it’s important to you, and know where she will be in case of emergency. Also ask if she will be meeting up with anyone else besides her date, and let her know if she ever feels uncomfortable during the date, you’re just a text or call away. The more you respect your daughter’s boundaries, the more she may (hopefully) trust you and feel comfortable sharing this information. (However, be sure to continually respect her boundaries as well.)

Advice from my own father 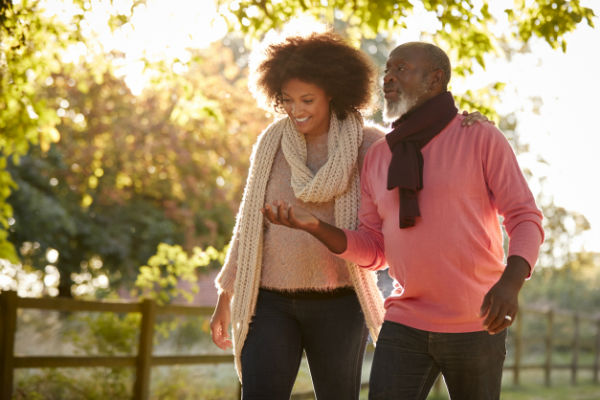 Try to give advice in a constructive and meaningful way. This is something your daughter may take to heart. I wasn’t in my teens, but in my twenties, after a bad date, I told my own father—a very quiet man, but dad to three daughters—that I was a bit offended that my date implied that I was snobby, which was, to me, incredibly unfair and false.

And my dad, man of few words, replied, “That’s ridiculous. He knows nothing about you. He can’t sum you up after knowing you for just two hours. Your mom and I made sure we never raised kids who are spoiled or bossy. He’s pretty much a stranger, so don’t take what he said to heart and move on.”

Years later, I never forgot those words. So, while you think your advice may be “cheesy” it could impact your daughter after all. My dad reminded me that I deserved to be treated with respect and kindness—it was nice to have his support—at any age! Remember that when discussing dating with your daughters they should be treated well, and if they’re not, you have their ‘back’ and support their decision to move on.

Having a hard time keeping up with your teen? Check out Our Ultimate Guide to the Latest Teen Slang.