What to Do If You Catch Your Teen Sexting: A Step-By-Step Guide

Rachel Sokol
Dr. Renee Solomon, a Los Angeles, CA-based Clinical Psychologist offers advice for parents of teens on what to do if you catch your teen sexting.
Table of contents

You never think it can happen to your child. You hear the horror stories, see the Law & Order episodes about it, and simply shudder at the thought...your child, your baby, sexting someone—be it another teenager, an adult ‘mentor’...or a total stranger.

More: Strength-Based Parenting: Is It The Right Approach For Your Family?

It tends to be a topic so taboo many parents refuse to think or speak about it because it’s so frightening. I get it—I’m a mom of two, and my heart gets caught in my throat when I think about my own kids eventually using cell phones and the internet without my constant supervision.

We think we know everything about our sweet kids, but the reality is, we have no idea what really happens behind closed doors—or, shall we say an internet chat room.

Don't have time to read now? Pin this for later: 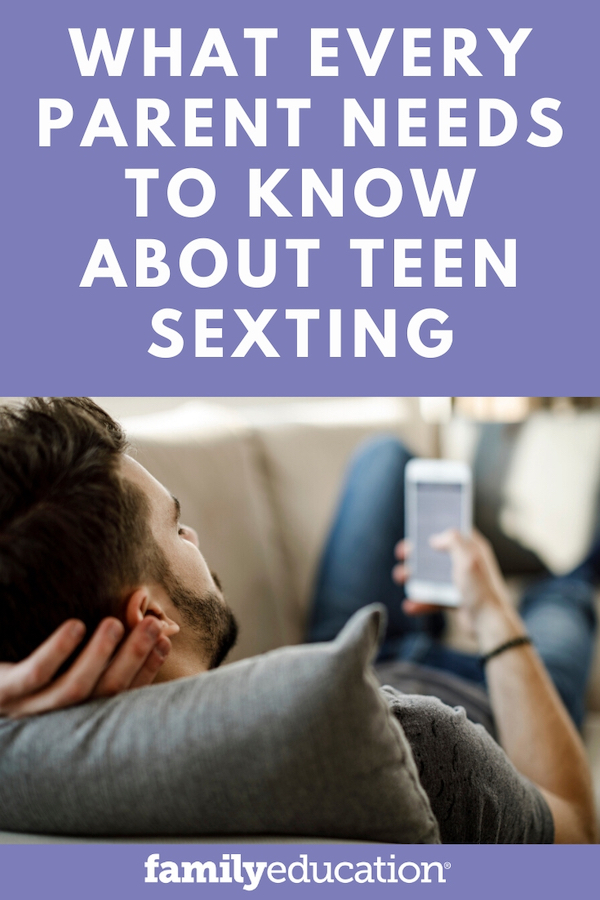 Ryan and her investigative team were rightfully repulsed at the sheer number of men who propositioned the imaginary minor, “Bailey,” Ryan posed as online. These pervs (for lack of a better word) sent Ryan numerous pictures of their genitalia, asked her to pose sexually for them (not caring at all when she said she was 11 years of age), and more.

Summarizes Ryan: “The [posing as a minor online] work—while not necessarily physical — is emotionally taxing. Most of us on the team have kids, some of them the same age as the personas I play. It hits too close to home…”

There is a silver lining: Ryan’s account of what happened when she was “Bailey” went viral, spreading fast on Facebook in particular, proving that parents today are ‘waking up’ when it comes to their teenager’s internet and phone use--and taking action. (One thing you, as a parent, can do is download Bark.com, a parental control program that connects to 24 platforms to monitor your teen’s text messages, emails, and social activity for signs of harmful interactions and content.)

What to do: First Steps

Catching your child sexting a classmate or an adult is shocking, scary, and daunting. Dr. Renee Solomon, a Los Angeles, CA-based Clinical Psychologist has some advice on preventing and handling such a situation.

1. Acknowledge the texts/chat you read. 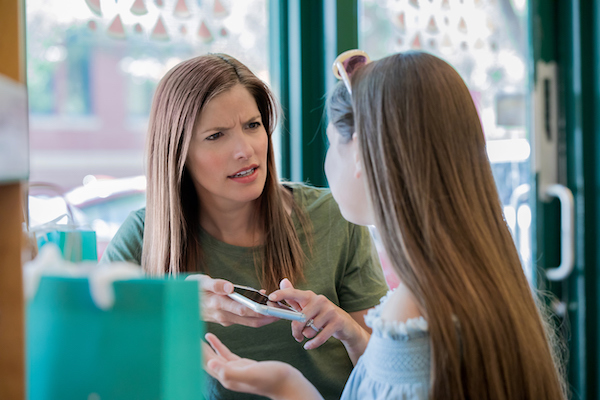 Fine, your child may be an Honors student, but that doesn’t mean they’re exchanging just YouTube cat videos with others. “Sexting has unfortunately become very common with teenagers. So much communication is taking place on phones and on social media but not in person,” says Dr. Solomon. “Because it’s somewhat anonymous and removed from reality,  teens are more comfortable saying inappropriate things to one another. These are words that they would not say in person but are safe to do so over the phone.​” This may also explain why your shy and quiet teen isn’t shy about being sexual via text message.

2. Explain the consequences to your child. 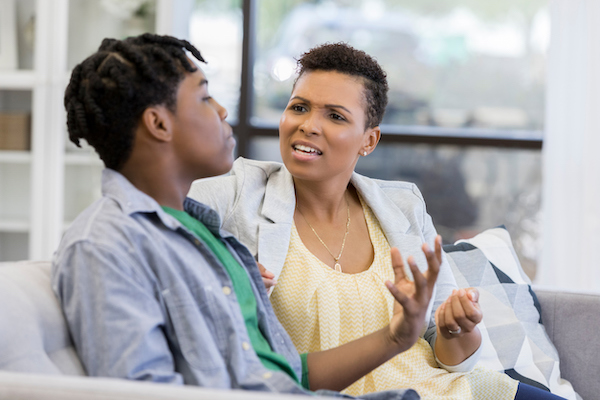 This can apply to your kids regardless of whether or not they have sexted. “I tell every teen that I see never to send naked pictures to anyone, even their boyfriends/girlfriends,” says Dr. Solomon. “I shared this with my daughter when she was 10 years old to drill it into her head.”

Adds Dr. Solomon: “I have seen too many teenage girls send naked pictures to one guy who ends up forwarding it to all of his friends.” According to Solomon, warn your teens about the possibility that someone else finds this picture. “It’s important to explain early on with our teens that whatever gets sent out into ‘space’ can be seen by anyone, at any time.”

3. Explain the family rules about dating and texting.

If you find sexting on your teenager’s phone, “you should talk to them about it immediately,” says Dr. Solomon. “Discuss the consequences of doing this and remind your teen that what is written can be seen forever by anyone.” It’s also important to explain the rules and boundaries that each family has about dating and sexual activity.

Explains Dr. Solomon: “Some families allow their teenagers to date, while others do not. The most important part is communicating these rules to your teenager and having a very open and honest conversation about sexual behavior.”

4. Use this opportunity to have “the talk.” 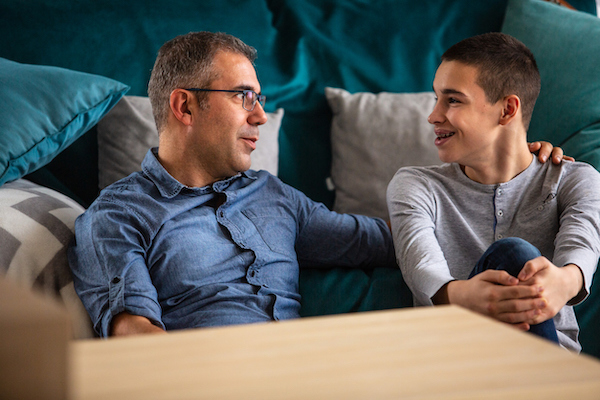 And if you’ve had the sex talk with your teens already, have it again. Says Dr. Solomon: “Unfortunately, our teens are learning so much about sex from social media, which is not accurate or helpful. By having very open and honest conversations, we can influence our teens away from assuming that what is on social media  is real and discussing appropriate rules of engagement around flirting and communicating with others.” 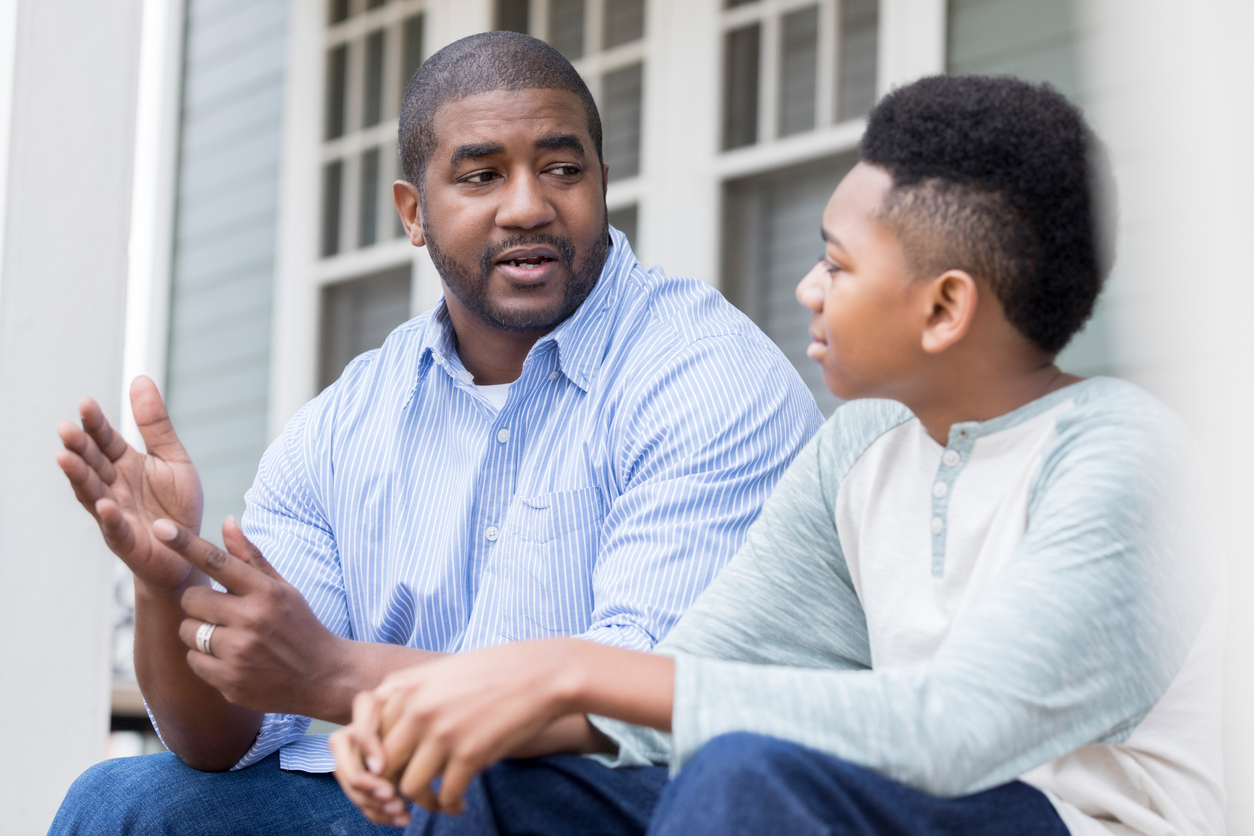 “If sexting continues to be an issue for your teenager, you should take away their phone or monitor their communication,” stresses Dr. Solomon. “I also think it’s important to friend your teenager on social media to see what is happening there. This prevents your teenager from being inappropriate on Snapchat or Instagram.” (Just be aware that they may ‘block’ you...in which case, another discussion is inevitable.)

Summarizes Dr. Solomon about today’s sexting culture: “We are navigating a very difficult time with the influence of social media and teenagers not communicating as much in person.” Therefore, she says, “it is our job as parents to explain the reality of our situation and try to help our teenagers relate to one another in real-time learning appropriate social skills.”

Are you the parent of a teen? These 10 Gifs Perfectly Sum Up Life With a Teenager.