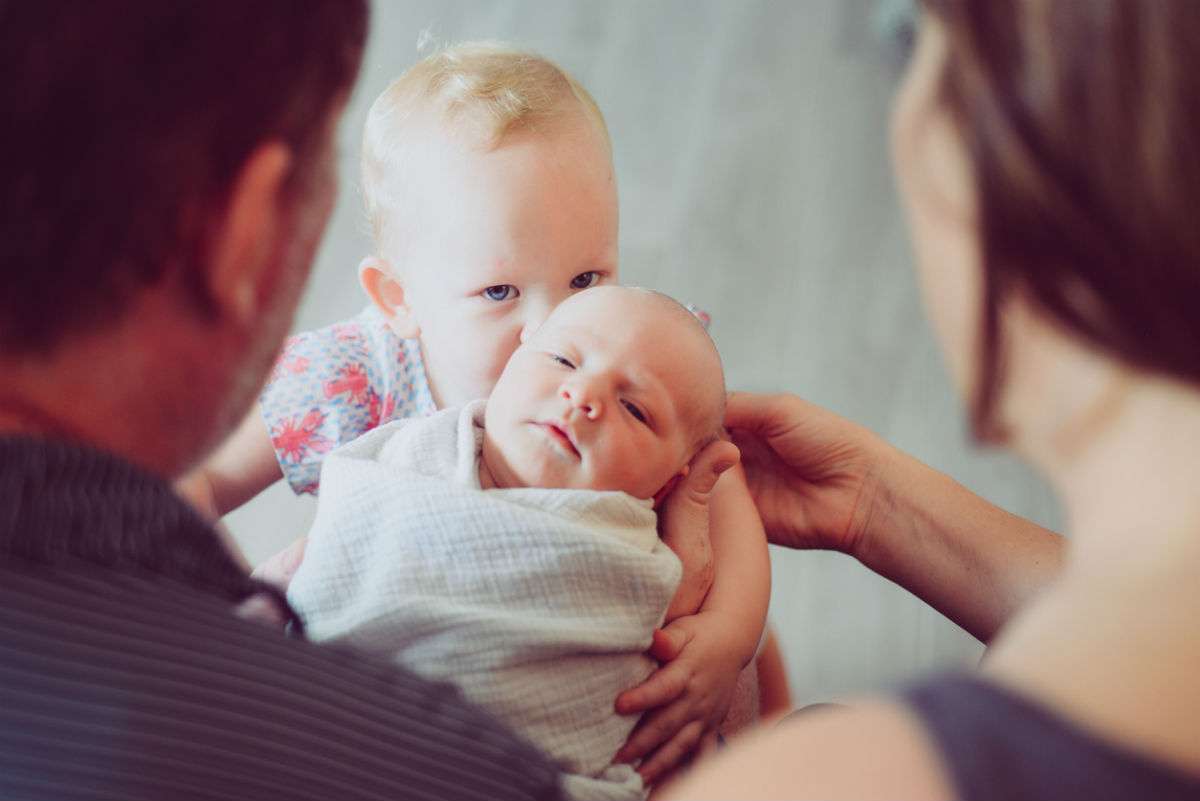 Everything You've Ever Wanted to Know About Irish Twins

Considering having two babies born within a year of each other? We have everything you need to know about Irish twins including whether it's safe, anecdotes from real parents, and tips for raising children so close in age.
Elisa Cinelli
Table of contents

Imagine finding out you’re pregnant again while you still have a newborn. The term “Irish Twins” refers to siblings born within a year of each other, and it definitely does happen. While birthing two babies in the span of a year has its challenges, there are also many uniquely special benefits to raising siblings close in age.

Where Did the Term Irish Twins Originate and Is it Offensive?

Although the term “Irish Twins” is commonly used, it is not really correct. Babies born within a year of each other are not twins, and they do not have to be Irish. The term originated in the 19th Century as an offensive reference to the fact that Irish families tended to have many children and give birth frequently. During this time period, the Irish were a poor immigrant group and the term was used a slur to imply that they had more kids than they could afford to support.

Today there is less of a stigma around being Irish or having Irish heritage, so many people don’t think twice about using the term “Irish Twins”. However, it’s worth considering whether it should be replaced with different, more accurate verbiage.

Is It Safe to Have Two Babies in Such a Short Span of Time?

The World Health Organization recommends waiting 18 to 24 months between babies. Babies spaced too close together do face some increased risks.

Irish twins are more likely to be born prematurely. However, having a premature second baby can actually be the reason why the children are so close in ago. For example, if a second baby’s due date is 13 months after the first child was born, being born a month prematurely would make them Irish twins. In this case, the short spacing is caused by premature birth, not the other way around.

Having babies less than a year apart can also put them at risk for low birth weight, placental abruption, congenital disorders. New research suggests that they may also be at an increased risk for Autism.

Difficulties Caring for Two Babies at Once

Taking care of a baby is one of the most demanding jobs in the world, and the work doubles when there are two. Heather Hughes of San Francisco, CA, who had two sons within a year, reflected on the challenges, saying, “The logistics of having two babies so close in age, yet at such different developmental stages was very difficult. For example, trying to keep up with a demanding toddler, while holding a newborn, was physically exhausting. Not to mention the lack of sleep I’d experienced over the previous fourteen months.”

Of course, many women raise twins, facing these same challenges. It’s important to have help and make a plan when raising two children close in age. Unlike biological twins, Irish twins have a slight age difference. This can result in the older sibling feeling pushed aside, while the younger one grows up always feeling like second best.

The World Health Organization recommends that mothers breastfeed each child for a minimum of two years, but having another too soon might result in earlier weaning of the first. Parents might also put too much pressure on the older child to be independent while they tend to the younger sibling.

Taking care of two babies has its difficulties, but many parents say that the hard work pays off. Siblings close in age often develop a very close friendship that lasts a lifetime.

Mara Jennings of Forestville, CA was born within a year of her older brother, Brian. She says that they primarily had each other as playmates, since their father was in the Navy and they spent much of their childhood living in rural areas on onboard boats. Mara says that having a brother close to her age felt like “having a twin...I did not feel separate from him.” Later when Brian was sent off to boarding school, she says she “suffered greatly and was extremely anxious without him.”

Patricia Chelone of Daly City, CA grew up with several sets of Irish twins among her siblings, and she described her their relationship as “close as ever.” However, she remembers her mother as always very busy, mentioning that she “served the cherry pie with the pits still because there was no time in her day to be sitting there pulling the pits out.”

Barbara McQuaid and Lance Hoffman of Oakland, CA raised girls who were ten months apart. According to Lance, the biggest challenge was the girls’ very different personalities. The older girl was assertive, while the younger was more low key. He remembers, “When they got older, my first daughter wanted a ride to school early so she could hang out. My youngest wanted to go to school at the last minute. That way she didn’t have to interact with anyone she did not like.”

Even if it’s challenging from the start, some parents prefer to dive in headfirst and get the tough parts of parenting over with. Heather Hughes says she wanted it that way. “We decided that moving forward, at similar developmental stages was more appealing than having a gap of two or three or four years,” she notes. Barbara and Lance also loved the idea of having two girls close in age, and they remember how they used to wear each other’s clothes.

Mothers who wait until an older age to start having children might also want to make sure they take advantage of their fertility while they still have it. Having kids close in age can help them give birth while the risks of Down Syndrome remain low as well.

Heather says that she and her partner developed a “mantra for when it got really crazy. ‘Just imagine what it will be like in three or four years,’ we would tell each other.” Now that they are past the first three years, she looks back and sees that after the “endless messes, demands, sacrifices, lack of sleep, and not a glimpse of glamor,” she is now so glad to have two boys close in age who share such a remarkable bond.

Considering starting to plan a family soon? Here are 10 Health Changes to Make if You Plan to Get Pregnant in the New Year.