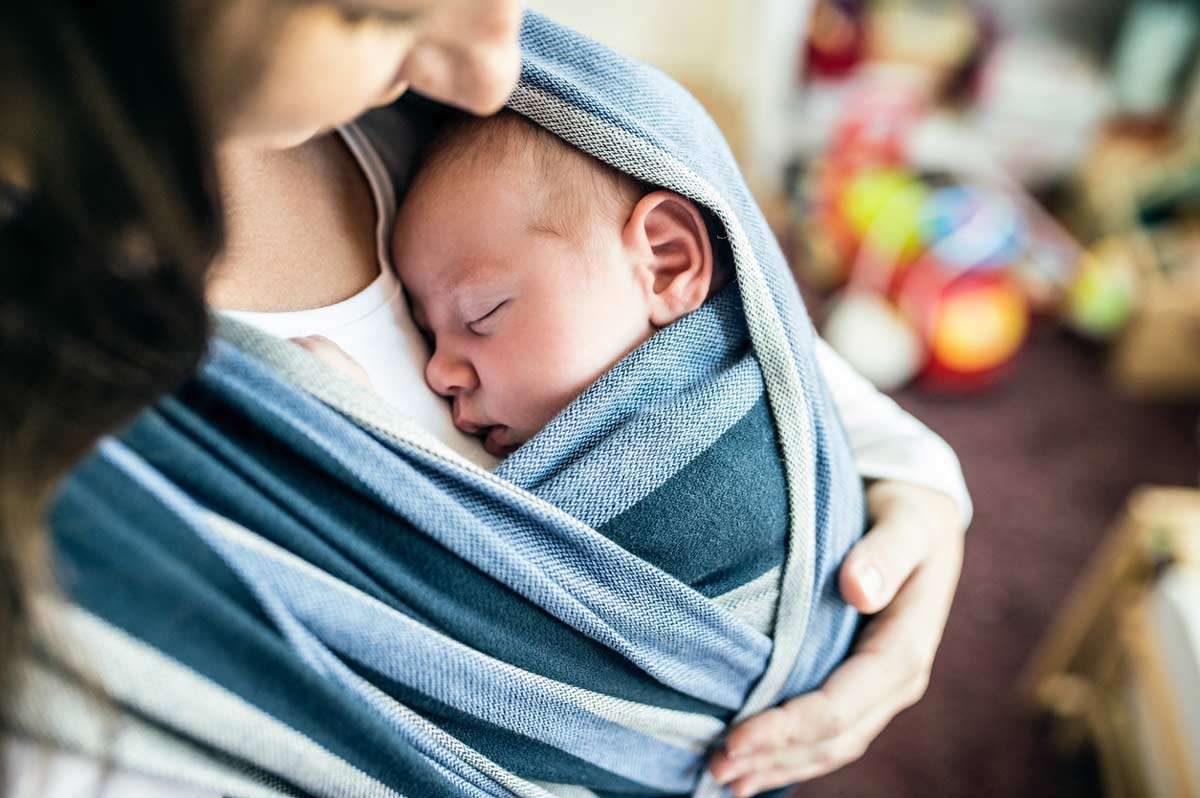 Over two thirds of all people prefer to carry a baby in their left arm. The reason why might surprise you.
Rachel Sokol

It’s not something you consciously think about, but according to a major scientific study, most adults cradle babies on the left side of their bodies vs. their right. And no, it doesn’t always have to do with an adult being right-handed or left-handed...

More: Is There a Link Between Processed Foods and Autism?

Basically, the experts assume babies are often cradled on an adult’s left side because the right side of the human brain is linked to the left side of the body.

Human emotions are primarily processed in the right hemisphere of one’s brain, which, in turn, ‘works’ in tandem with the adult’s left side of their body.

Believe it or not, in the world of science, researchers have studied “baby carrying preferences” for decades; since the 1960s. The Bochum-based researchers studied up to 40 previous studies on the right vs. left baby carrying debate. They ultimately found that between a majority of people, up to 72 percent, hold an infant with their left arm.

In terms of gender, men are 23 percent more likely to be left-handed than women; the team stated that 64 percent of all men and 73 percent of all women hold a baby with their left arm. "There may, of course, be links between gender and handedness," explains Packheiser. "Unfortunately, this link has not been considered in any study,” adds the researcher.

An obvious answer as to why individuals prefer carrying baby on their left is so that their dominant hand, their right one, is free, to pick up baby’s must-have items and so forth. “However,” says the study, “since emotions are primarily processed in the right hemisphere of the brain, people may also tend to move their baby into their left visual field,” since the left arm and right brain hemisphere, are previously stated, connected.

Where the Heart Beats

When questioned by FamilyEducation.com, two pediatricians and one OB-GYN agreed that while this study is sort of “random” it’s on to something…

Says Dr. Paniz Heidari, DO, an OB-GYN at Northridge Hospital’s Carole Pump Women’s Center: “Your heart beats on the left side of your body, so it does make sense that there’s where babies like to rest--on the side where they can feel a heartbeat, especially if it’s a parent’s, and familiar!”

She adds: “There’s a lot of support for skin-to-skin contact to help with bonding. The baby senses that’s where mom’s heart is, and for them, the rhythm of the adult’s heartbeat is soothing, comforting, and provides comfort.”

Ironically, Packheiser and his team found that men who are uncomfortable hugging other men tend to hug each other from the left due to strong negative emotions, which may seem like a random tidbit to include in a baby study, but may further explain how strongly the right brain’s emotions control one’s left side of their body.