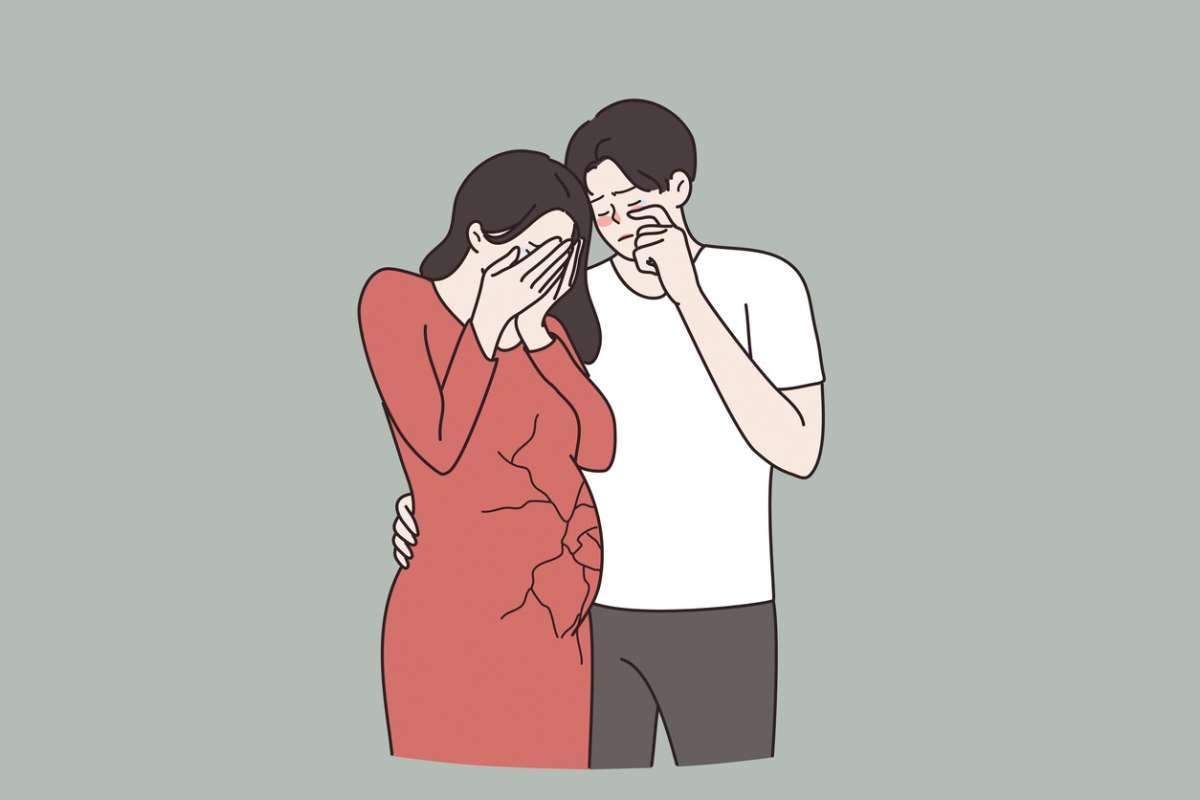 While most miscarriages include obvious symptoms such as bleeding and cramping, some do not. These are known as missed miscarriages.
Erica Loop
Table of contents

Early pregnancy loss, or miscarriage, happens in nearly 10 out of every 100 known pregnancies, according to the American College of Obstetricians amd Gynecologists (ACOG). While most miscarriages include obvious symptoms, such as unexplained bleeding and cramping, some do not. These are known as missed miscarriages. If the term “missed miscarriage” is new to you, read on for more info on the prevalence of this type of pregnancy loss, signs to look for, and more.

What is a Missed Miscarriage?

Some miscarriages may also result from a serious injury, illness, or chronic condition. Others have no known cause. Whatever the reason, a miscarriage is the result of fetal death.

For many women, a miscarriage includes heavy bleeding and cramping. The cervix opens and the body begins to naturally expel the pregnancy and surrounding tissue. This can be an incredibly traumatic experience for any woman. It’s important to recognize that a miscarriage is not the woman’s fault, and that it is normal and healthy to grieve this loss.

While a missed miscarriage may have the same causes as a miscarriage, it won’t have the same signs. Even though the fetus is no longer growing and there is no heartbeat, the woman’s body hasn’t started to expel it yet. Instead of first trimester bleeding or cramping, one wouldn’t feel anything. This means a woman may still notice pregnancy symptoms, and nothing more.

How Many Mothers Experience a Silent or Missed Miscarriage?

The symptoms of a missed miscarriage aren’t the only silent issue surrounding this type of pregnancy loss. While there are stats on miscarriages in general, the numbers aren’t as clear for missed miscarriages. Research on ultrasound screenings at 10 to 13 weeks gestation, published in the journal Ultrasound In Obstetrics and Gynecology, found that this type of loss affected just over 62 percent of women in the study’s sample who had an early pregnancy failure. Of the 17,870 women participating in a 10 to 13-week ultrasound, the screening detected 313 missed miscarriages and 188 blighted ovum pregnancies.

What are the First Signs?

The silent nature of this type of early pregnancy loss means there are no signs, typical miscarriage symptoms, or red flags to look for. Again, this type of miscarriage won’t start with spotting, vaginal bleeding, vaginal discharge, a gush of fluid, or abdominal pain and cramping. It’s possible some of your first trimester pregnancy symptoms, such as morning sickness or breast tenderness, may fade or disappear.

How Do You Know You're Having a Silent Miscarriage?

Without noticeable warning signs, it's not likely you will know that you're having a miscarriage. This makes routine prenatal care a valuable resource. Failure to detect a fetal heartbeat alone typically isn't enough to diagnose a missed miscarriage-- especially if it's still early on in your first trimester of pregnancy. Incorrect or even slightly off gestational dating can change the timing of when the healthcare provider would expect to hear a fetal heartbeat.

The majority of pregnancy losses (80%) happen in the first trimester, according to the ACOG. But you may not have an ultrasound scheduled during this time. The ACOG notes expectant mothers typically have a standard ultrasound sometime between 18 and 22 weeks of pregnancy. If you have a seemingly healthy pregnancy and don't have other issues, such as high risk of miscarriage or problems with the placenta, don't expect an early ultrasound. Given that it's more likely your OBGYN will listen for the fetal heartbeat before prescribing an ultrasound, low or no cardiac activity is a red flag that a health care provider won't ignore. Even though they may have already told you to wait until well into your second trimester to get an ultrasound, changes are they'll order this test ASAP if they suspect a miscarriage.

Along with a fetal doppler (listening for the heart rate) and an ultrasound scan, your medical provider may also order a blood test to check your hCG levels. An hCG (or human chorionic gonadotropin) test measures the amount of “pregnancy hormone” in your body. According to Mount Sinai Hospital, non-pregnant women have an hCG level of 5 mIU/mL or less. By eight weeks, pregnant women should have an hCG level 31,366 and 149,094 mIU/mL. This number should increase during your first trimester, with a level between 27,107 and 170,409 mIU/mL at 12 weeks. HCG levels that are significantly below normal or continue to fall could indicate a silent miscarriage.

Can a Missed Miscarriage Go Unnoticed?

A silent miscarriage is exactly what the name implies-- and this silence can make a miscarriage go completely unnoticed by the mother. Even though you aren't likely to notice the miscarriage, your doctor, midwife, or obstetrics provider should not miss it. As your pregnancy progresses, routine prenatal check-ups should include fetal heart rate monitoring. Again, failure to hear the heartbeat is often the first sign that a healthcare provider should or will notice.

If you have regular visits scheduled with your healthcare provider, this type of early pregnancy loss should not go unnoticed. But this doesn't mean you will know about it immediately. You may go through several days or even weeks before your appointment. This makes it challenging to know when the miscarriage (end of pregnancy) actually happened.

What Happens After a Silent Miscarriage?

This type of pregnancy loss has physical, emotional, and mental health implications. Retained products of conception (also known as RPOC) is placental or fetal tissue that, as the name says, the woman’s body retains. Left untreated, RPOC can put the mother at risk for uterine infection or severe bleeding.

Along with inducing miscarriage, women experiencing

this pregnancy-related trauma may also need to seek mental health treatment from a licensed therapist or a counselor-led support group. A mental health provider can help you to work through the pain of a pregnancy loss and the powerful emotions that come with a silent, and often sudden, miscarriage.

Thank you for your feedback.
About the author
Erica Loop