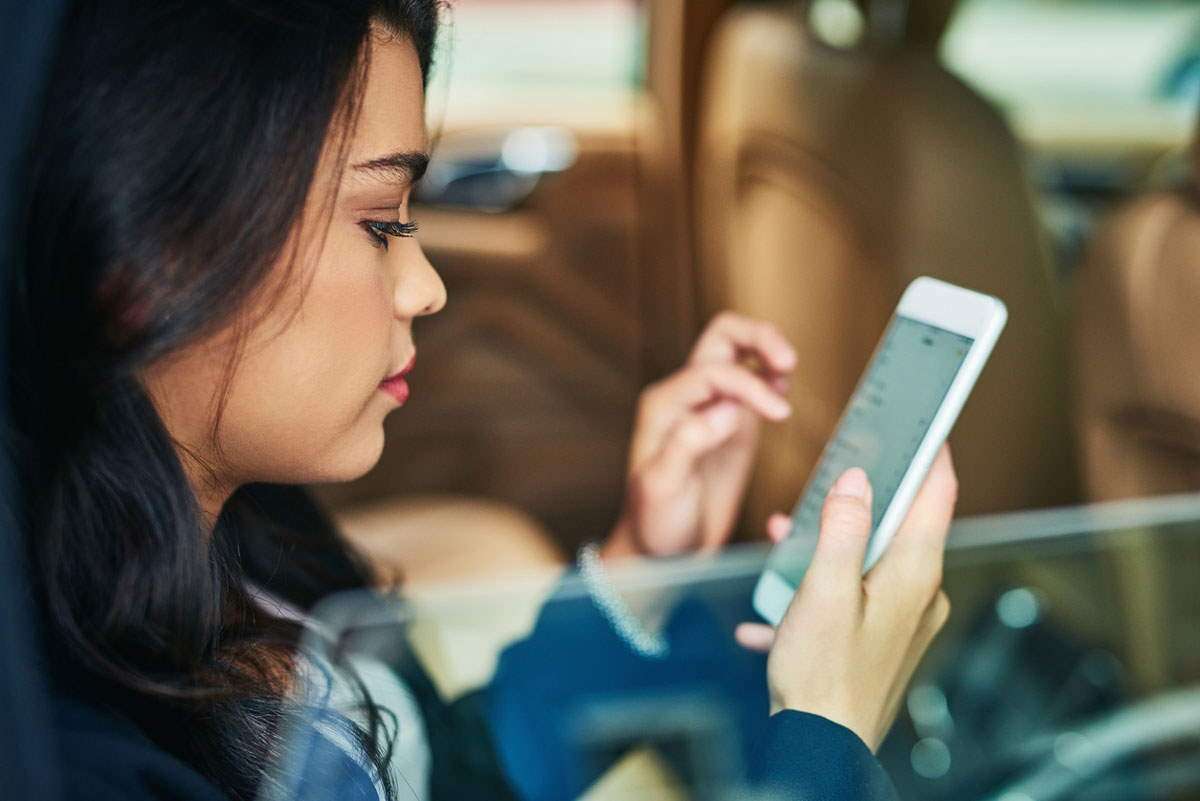 Here's the ultimate guide to 2021 teen slang words, phrases, their definitions and meanings and how to use each term.
Robin Enan

Even though you’re a parent, it probably still feels like you were a teen just a few years ago in some ways. The emotions and themes of teen experience may not change much, but the one thing that certainly does change year over year is the slang that teens use. If you are a parent of teens or if you work with them, it’s helpful to have an idea of what their secret code words and phrases mean every now and then.

More: Should You Let Your Teen Use Uber and Lyft?

Whether you’re trying to not LOL as you decode your teen’s text messages to you or whether you feel the need to utter OMG as you listen to the gossiping of your teen and their friends over lattes, you’ll need more than a Merriam-Webster dictionary to fully understand today’s lingo and slang terms. You can use this guide as your urban dictionary “cliffs notes” and also start to understand all of the memes that go around social media as an added bonus.

Okay, Boomer, now try not to feel too old as you make your way through our guide for the top 2021 teen slang words and phrases.

This is another way of saying that someone or something is too much or over the top. An example might be: “She is so extra. She talks about Karen non-stop.” Extra can also be used in a self-deprecating way.

What do pretzels, the ocean and your teen have in common? All of them can be super salty - in your teen's case, angry, upset or bitter. It can also refer to being jealous of someone else's success, as in, "My bestie got all salty when I beat her for the lead in the school play."

You don’t have to worry if you hear your teen saying that someone or something is snatched. It’s actually a compliment, and it could sound something like: “I love those sneakers! They are so snatched.”

Yeet can be a stand-alone expression of excitement ("Yeet! It's the weekend!), or a verb that usually refers to throwing something with force ("If this latte has foam, I'm going to yeet it in the trash."). A #Yeet dance went viral on the short-form video platform Vine in 2014 largely thanks to a 13-year-old named Lil Meatball.

To use a slang word that we’ve already learned, big yikes is like yikes only extra. Think about how you might use “Yikes!” or “No way!” and then double it as in: “Big yikes! Did you see what Jared just posted on his finsta??”

Think of this as the teen's version of her parent's "Because I said so," as in, no further questions, end of discussion. It can also add emphasis to a previous statement through the phrasing, "(and) that's on periodt." Remember Kanye's infamous spotlight grab during Taylor Swift's 2009 VMA acceptance? In 2021, he'd likely throw in a periodt to his claim that Beyonce was robbed of Album of the Year.

Flex is the new way to say "show off." An easy way to remember this one is to picture someone flexing their muscles. Your teen might say: “She is trying to flex all over finsta today since she received another college acceptance letter.”

This is probably equivalent to our “for real” or no “no lie” from our younger days. Teens are emphasizing that they are telling the truth with this one.

This is a way to describe something you want to keep on the down-low, to use one of our old slang words, or something that you don’t want to emphasize too much. For instance: “I lowkey can’t wait for this school year to be over… not that I’m mentioning this to my parents.”

Conversely, highkey is a way to describe something that you really want to emphasize. For example, “I highkey can’t wait for this day to end! I want to scream it from the rooftops.”

This is one you may have noticed in many of BuzzFeed’s “article” headlines. "I’m dead" refers to the fact that your teen is laughing so hard about something that she is dying of laughter.

Slay is a way to say someone looks amazing or did an excellent job at something. One friend might tell another: “Girl, you slayed in that game! I can’t believe how many points you scored.”

Straight fire is otherwise known as "on the up and up" or better than all of the rest. It can also mean hot. Not as in temperature, but as in “That’s hot!” expressed in a positive way.

If you hear your teen asking a friend to “spill the tea,” it means that they want to hear the latest gossip or story. Your teen might say, “Spill the tea! I want to hear what happened after you left the party.”

Breaker, breaker. This one may take you back to the walkie-talkie days of your youth. CD9 stands for Code 9 as in, “Can’t talk! My parents are here!”

It's still a prominent luxury Italian fashion brand, but for most teens, gucci is synonymous with good, cool or fine (as in, "it's all gucci).

Shook is a way to describe that you are emotionally shaken or affected by something. You might hear your teen say, “I stayed up all night reading that book, and now I am shook.”

This one sounds nice, right? Maybe you’re at work right now thinking of how nice it would be to get comfy on the couch and watch Netflix tonight with a pint of ice cream. When your teen says it, unfortunately, it means that she is using that as a front to have someone over (or go over their house) to make out and possibly more...

This is slang for rejecting someone romantically or sidestepping their advances. You might see a post from your teen that referencing ignoring a girlfriend’s text with the following hashtag: #curve

This teen slang term has evolved in meaning over the years from a blend of "stalker" and "fan" to, more recently, a term showing support of someone or something. For example, "I used to think pop stars should stick to making music, but I totally stan Lady Gaga in 'A Star Is Born.'" The word first reached the mainstream in 2000 with the release of Eminem's hit "Stan," about an obsessed fan.

This is an acronym used in texting, and it’s something we almost never would have had a reason to say as kids - unless we were hand writing letters to pen pals via snail mail. LMIRL means Let’s Meet In Real Life. Hopefully, this person is not a creeper, to use another teen slang word.

I’m not going to use profanity, but I bet POS means a phrase in your mind that starts with the words piece of… Today, POS is a quick acronym for texting or messaging that means Parents over Shoulder. So if you see this one, maybe you should stay near your teen for a few minutes longer.

Sus is an abbreviation for "suspect" or "suspicious," so this is a flag that some drama may be going down.

These are two different ways to express what you might have meant by saying "dope" or "neat" or "cool" back in the day. Lit or GOAT (greatest of all time) means something happened that is really, really good.

Short for "turned up," this term can mean really excited, wild or under the influence of alcohol or drugs. A person, a party or even a video game can be turnt.

This was probably one of the most popular slang words of the past two years, and it was one that even parents seemed to jump on using. This is a term typically used for a middle-aged white woman who seems to be personally offended by almost any solution that another person comes up with. The Internet has seen many a meme dedicated to “Karens” across the U.S.

Many teens use this term to refer to a person they are in a romantic relationship with or to refer to a best friend. Some millennial friends may use it as an acronym for “Before Anyone Else.” Others may use it in the form of one of the many new words created from African-American vernacular English. In this form, it’s derived from the pronunciation of “babe” as a term for a loved one.

This American slang word tends to be used by younger teens. It’s another way of saying “on point” as in, “You'd never believe it, but that shy kid from bio class has dance moves that are on fleek!”

FOMO is the acronym for “fear of missing out.” This is a state of anxiety that can plague anyone from tweens to parents.

Bye Felicia is a term that is used when you are saying goodbye to someone or something that is leaving, yet no one really cares that they are leaving. It can also be used in the same way older folks might use the term “good riddance.” For example, when referring to the lingering COVID-19 pandemic, you might be tempted to say, “Bye Felicia!”

This is another way of saying that you are extremely mad about something. A teen might say, “I am big mad that our teacher gave us a pop quiz in math class today!”

Diamond hands refers to the state of hanging on to a situation that carries extreme financial risk. For example, “Even though it was risky, my bae has diamond hands. She held on to her bitcoin investment until she made back $25,000.”

It didn't take long during the coronavirus pandemic for vaccine-related slang to enter the English language (vaxxed, Hot Vax Summer, and Rona, to name a few). A Fauci Ouchie refers to the COVID-19 vaccine with a reference to public health expert and proponent of vaccines, Dr. Anthony Fauci.

The term mittens is getting even more attention after the publication of countless Bernie Sanders' mittens memes. It’s a descriptive term for something that was not quite amazing, but not bad either. For example, “I didn’t ace the test, but I didn’t fail it either. I guess it was mittens.”

Sorry, parents, but as soon as you've mastered this list, it will likely be cheugy, or out of style.