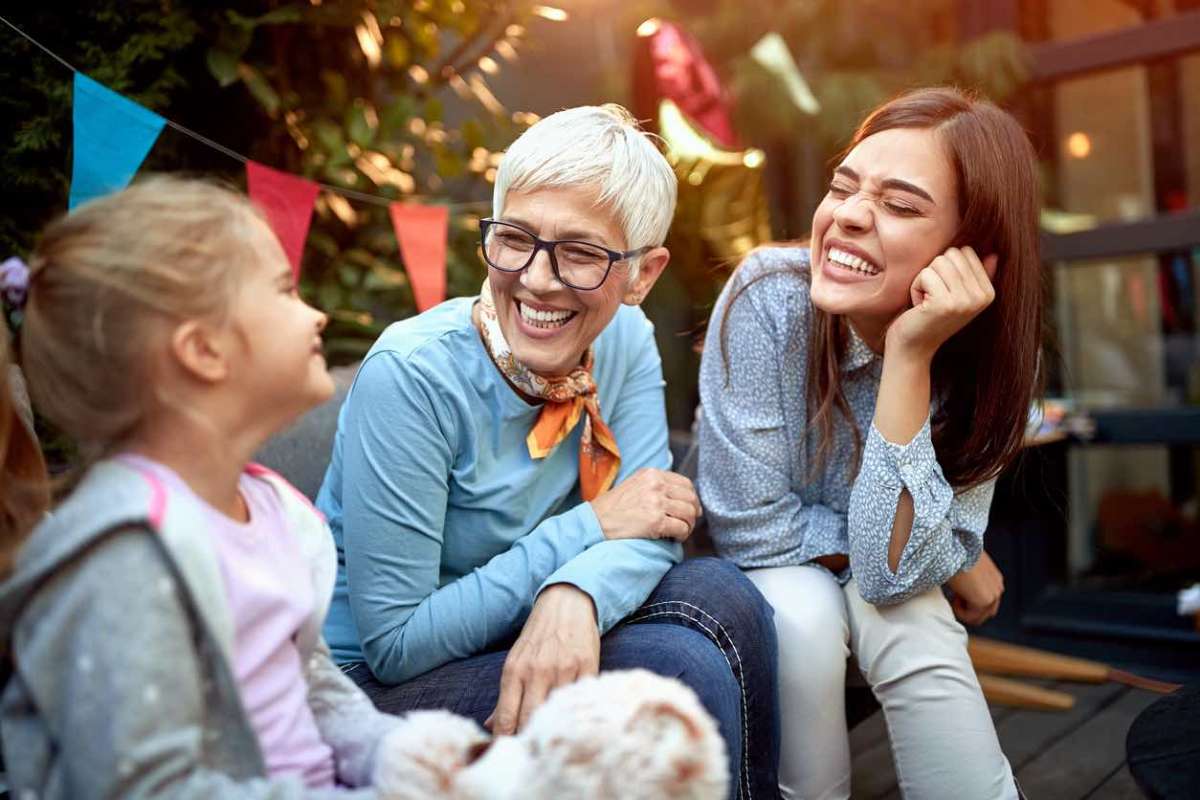 Why millennials are parenting differently than their Baby Boomer parents when it comes to money, discipline and gender responsibilities.
Katharine Chan, MSc, BSc, PMP

A Boomer’s eyebrows raise and a look of judgment crosses their face as the words slip out of their mouths,

“We never used to do that when we were raising you kids.”

Today’s parenting styles and approaches to raising a family look very different than they did for the parents and grandparents of previous generations.

Some older generations still view millennials as the kids who let video games and the Internet rot their brains, are more entitled than the hardworking folks of the 70s and 80s, and are still avocado toast obsessed!

The way millennials are changing the rules of parenting can look strange to older generations. Their approach to family life is a lot different from the way they were raised by their own parents.

For example, millennials have fewer children (with many choosing to be childfree), get married later or not at all, live with their unmarried romantic partner, and are often unable to buy a home as soon as previous generations.

Learn why millennials are parenting differently than their Baby Boomer parents, what inspires the most popular parenting trends today, and why certain parenting attitudes are becoming obsolete with millennial and Gen Z parents.

What is the Parenting Style of Millennials?

Overall, according to the results of a poll conducted by Time, millennials have a more laid-back approach compared to previous generations.

Millennial parents value work-life balance for themselves and their children. They aren’t too concerned about filling their kids’ schedules with tons of organized activities. They fear overscheduling their kids as it can negatively impact their mental health.

They value unstructured playtime and want kids to have more input over their own time. This means refraining from directing or instructing how their kids play.

They want to instill qualities like empathy, open-mindedness, and curiosity in their children by encouraging them to ask questions about the world around them.

How Are Millennial Parents Different Than Older Generations Like Boomers and Generation X?

The most obvious difference between millennial parents and older generations like boomers and Gen X is that they are by far more adept with technology, especially with the advent of the smartphone.

Millennials Seek Out Parenting Advice Online vs. Turning to Relatives

According to a 2017 article in the  New York Times, when faced with a parenting decision or issue, millennials will more likely rely on the Internet for advice instead of asking a friend or a family member.

As digital natives, they know how to properly Google a topic, download apps, and find blogs and websites to get the information they need at their fingertips. The online world is their go-to place for parenting resources.

The benefit of this is that they are able to conveniently find the answer to the problem and learn more about child development than previous generations. However, the accumulating mass of information and misinformation can be overwhelming.

Sometimes seeking too much parenting information online from untrustworthy platforms can cause a burden of choice as parents try to navigate the right decision for their children.

Nearly 90 percent of millennials use social media which is higher than Gen-Xers and Boomers. And almost half of them admit to posting a photo of their youngest child either as an ultrasound image or on their first day of life.

The increased sharing of photos, stories, and experiences help raise awareness about the different parenting struggles that older generations would have often dealt with alone. It encourages parents to seek out support networks and become more informed about their situation.

However, millennial parents also feel that their social media use has made them feel insecure compared to what their peers and influencers post and the images in their feeds.

What Will Raising Kids Look Like in the Future?

Compared to Gen-Xers and Boomers, the millennial generation of parents values financial literacy is less concerned about meeting gender stereotypes, and is more focused on work-life balance.

1. Millennial Parents Spend More Time Getting to Know Their Kids

A 2016 study that looked at childrearing in 11 Western countries between 1965 and 2012 showed that mothers spend an hour more caring for their kids than mothers in 1965. In addition, fathers are spending significantly more time with their kids, almost an hour compared to 16 minutes in 1965.

This trend is incredibly beneficial for the future generation of children in keeping them mentally and emotionally strong. Kids who spend more quality time with their families are less likely to have behavioral issues at home or school and are less at risk of drug and alcohol abuse.

Millennial families are financially less stable and secure than previous generations due to costs rising and wages plateauing. An average 18 to 34-year-old American makes $2000 less now than their counterparts in 1980.

Many are still paying off student loans and are struggling to save enough money for their children’s college funds. In addition, compared to 1960, the cost of childcare and education has bumped up from 2% to 18% of the entire cost of raising a child.

The daunting financial outlook for many millennials has influenced their decision to have children; many choose to become parents later, have fewer children than desired and/or not at all.

All of this contributes to a population decline, putting pressure on the future workforce to maintain economic stability.

3. They Talk About Money With Their Kids

Despite their financial struggles, Millennials want their children to understand the concept of saving money. They talk to their kids about money earlier than Boomers.

Specifically, a study conducted by Capital group showed that 39 percent of millennial parents had talked to their kids about saving money by the time they reached 12 years of age.

Teaching children about money has many benefits. It helps them develop a strong financial literacy, develop the skills to set budgets, prevent overspending, and learn to save and invest to create wealth.

A survey conducted by the Working Mother Research Institute looked at the division of domestic labor. Millennial men are stepping up more than their parents’ generations.

Millennial fathers are more likely than boomers to handle the laundry, plan summer camps, fill out school forms and take time off work to take their children to appointments.

However, millennial moms still take the brunt of childcare and household duties. This trend signals a direction toward a more gender-equal household for when Gen z and children of millennials start their families.

the 90s sitcoms where the dad is basically a useless child and the mom does everything. From The Simpsons to Married With Children to Everybody Loves Raymond, dads in media have been stereotyped for decades as fun but unintelligent parents while moms are often the serious and responsible “buzzkill.”

However, both gender roles for parents can be harmful. Millennial dads are not laughing at the jokes at their expense. They’re frustrated because it’s simply not true.

Millennial dads  want to change the way dads are perceived in the media and society. They’re not babysitters. They are capable, competent parents who willingly want to be involved in their kids’ lives and witness their milestones.

Similarly, moms want to not just be seen as the homemaker or the secretary. Millennial moms want to have fun with their children and spouses and be their own person outside of just being “a mom.”

The world of parenting is continuously changing. We expect future generations from Gen Z and beyond to also do things differently while raising thei children than the millennials that came before them.

If you don’t follow your parent’s exact rules for parenting, that’s fine! We all figure out what parenting style works for us along the way.