Is Critical Race Theory for K-12? What Parents Get Wrong About CRT

Dr. Chelsea Hetherington
Critical Race Theory (CRT) is a hot topic among parents and teachers, but is CRT actually being taught to kids in public schools? We clear up what people get wrong about CRT.
Table of contents

Critical Race Theory (CRT) has become an intensely debated and divisive topic over the last year, especially as it relates to CRT being taught in schools. There’s a lot of misinformation being spread about CRT, which can make it hard to determine what CRT is exactly and how it relates to what kids are actually learning about race in public schools.

Related: 25 Children’s Books to Teach Kids About Race and Racism

What is Critical Race Theory?

There are a lot of misconceptions about CRT. Many conservative media sources in America – such as Fox News – have spread claims that the goal of CRT is to teach white students to be “ashamed of being white” or “that everyone is racist.”

In reality, CRT is an advanced graduate-level theory and framework focused on recontextualizing America’s history and relationship to race. CRT as a framework views racism as something that isn’t just enacted by individual “bad apples” but as something that is deeply ingrained in structures, laws, and institutions throughout American history.

Take for instance the legacies of segregation and redlining – policies that restricted where Black families and other people of color were allowed to live – which still impact where people of different races live to this day. Acknowledging and dissecting this kind of systemic racism is at the heart of CRT.

CRT is a complex and advanced framework for understanding the history of race and racism in the United States. However, most importantly, it is not something that’s being taught in public schools, and it is not telling kids that they themselves are racist or should feel guilty or ashamed. It’s understandable for parents to want their kids to not be blamed for these things, but CRT focuses on systems - not on individual people. And, once again, these discussions are happening with college students and adults. They’re often much too complicated for K-12 kids to fully grasp.

Discussions of CRT were largely limited to academic circles and higher education spaces like colleges and grad schools until more recently when they’ve become more widely discussed due to cultural movements. To reduce the fear, anger, and mistrust that some parents may be feeling about CRT and the education system, we want to clear up the misconceptions and explain how you can best talk to your kids about complicated topics like history and racism.

Why Do Some Want to Ban Critical Race Theory?

If CRT is something that you're more likely to encounter in a college class than in a middle or high school classroom, why are some so eager to ban it?

Those who are anti-CRT are likely being influenced by media outrage and misinformation. Some white parents are concerned that CRT lessons would teach their children would that white people are all racist oppressors, or that they should feel guilty for having white privilege, which could negatively impact their self-esteem. Other parents may fear that what’s being taught about race at school would serve as indoctrination and their child might develop a worldview that is counter to their own. Neither of these concerns are based in legitimate actions or efforts by the American public school system and don’t represent the goals of Critical Race Theory as an academic framework.

These fears and misinformation have led to many school board protests nationwide, with many outspoken protests at school board meetings. Some state legislatures (including statehouses in  Oklahoma, Texas, and Tennessee) have enacted their own bans of CRT, and some individual school districts have even gone as far as to enact their own bans of CRT before lawmakers do. These bans and legislative pushes are actually doing more damage to kids’ understanding of racial diversity as teachers are now unsure about what content would be deemed “inappropriate” to teach in history lessons. Even things like reading speeches by Martin Luther King Jr. or lessons on the timeline of the Civil Rights Movement might be restricted if these new bans are enforced.

What Are Kids Actually Learning About Race in k-12 Schools?

If CRT isn’t being taught in K-12 schools, then what are children actually learning about race at school? School curricula around race tend to follow best practices in pedagogy by teaching topics in a way that’s developmentally appropriate. In a younger classroom, this might include reading books by Black authors or books that mention and label racial differences.

Some teachers might also include history lessons that mention histories of racial inequity, like slavery and Jim Crow laws, in American society. For older students, teachers might give lessons about activism and the fight for civil rights for Black people over the course of the 20th century through today.

But the reality is that white students learn a lot more about race and racism than what’s taught by their teachers. They also learn through their interactions with their peers, or through noticing who is and is not present in their schools. For instance, students attending heavily segregated schools without a diverse student population tend to have less awareness of different experiences based on race and the struggles of people different from them. Therefore, it’s even more important that kids are taught this history and introduced to new perspectives during their time at school.

What Are the Benefits of Learning About Race?

Research consistently shows the benefits of learning about and talking about race, especially for white children. Researchers have examined when children start to notice race and racial differences, finding that kids as young as three years old can not only notice racial differences but start to develop ideas about how people of different races behave.

As adults, we might sometimes shy away from talking about race because we feel like we don’t know the right thing to say, or we believe that by not talking about race, racism will just go away. Unfortunately, that isn’t the case. In fact, research shows that taking a race-neutral or color-evasive approach can create more harm than good. By teaching children about race, and having conversations about race from an early age, we can equip children to feel prepared to have these conversations with others.

How to Talk to Your Kids About Race 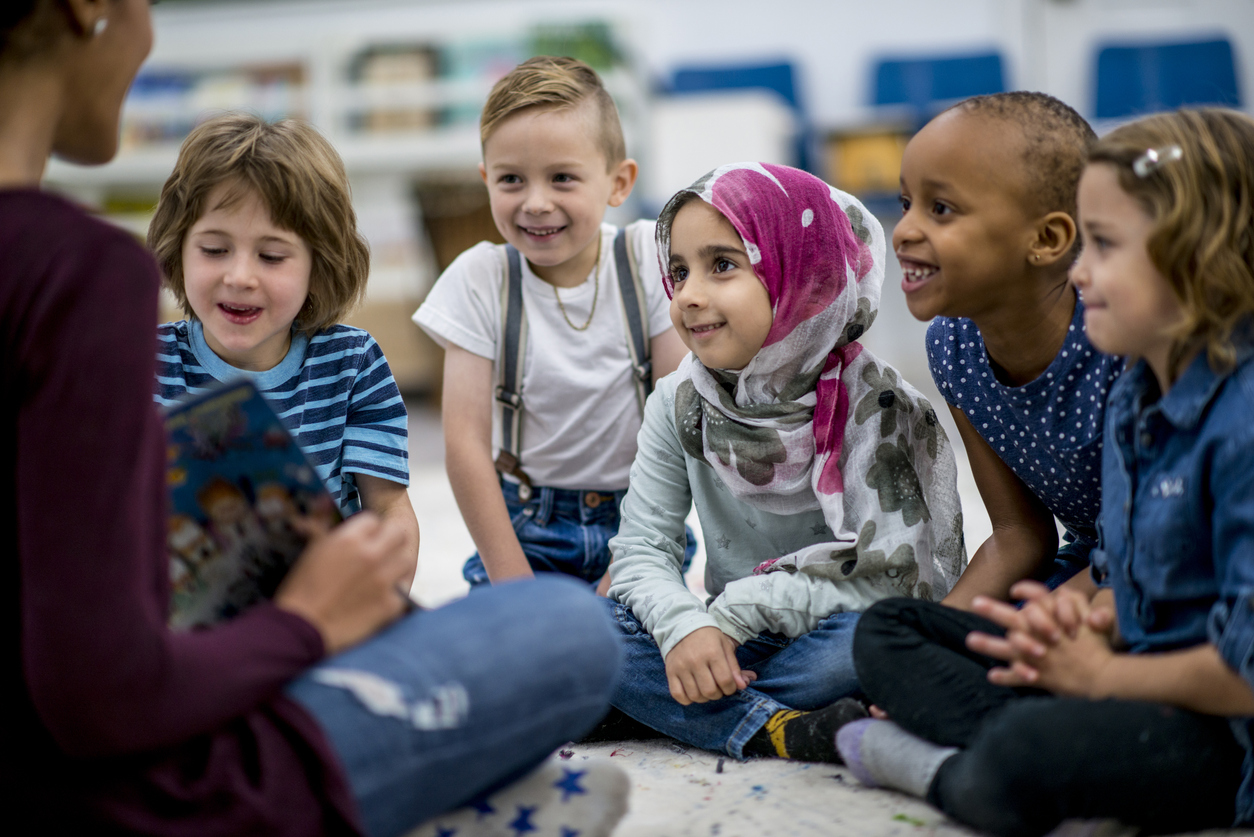 As a parent, you want to equip your child with the tools they need to navigate the world and build relationships with people from different backgrounds. Being able to talk about race and racial differences is a crucial skill that you can develop together.

You might feel like you’re not sure how to approach conversations about race, or you might feel worried that you’ll say the “wrong” thing. Just like any other aspect of parenting, you might make mistakes, and that’s okay. Embrace imperfection and focus on connecting authentically with your child.

If you’re ready to start the conversation, here are some things to try:

Use tools like age-appropriate books, TV shows, and race-dialogue resources to initiate conversations with your child. With younger children, this might mean something as small as reading a book together that features characters from different racial backgrounds. For older kids, you can think about having conversations about racial stereotypes or injustices that they might see portrayed in the media. Use these tools as a jumping-off point for a conversation.

Meet Your Child at Their Level

Share information and ask questions of your child in a developmentally appropriate manner. When there are instances of race-related violence in the media, it’s okay to restrict details that might be overwhelming for your child. Remind your child that they are safe, and create an open space for them to process any emotions they might have.

Make it a Regular Conversation

The most important thing you can do is stay open, curious, and connected to your child. Make sure your child knows that they can come to you if they have questions or want to process things they see in the media or in their own lives. 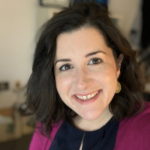