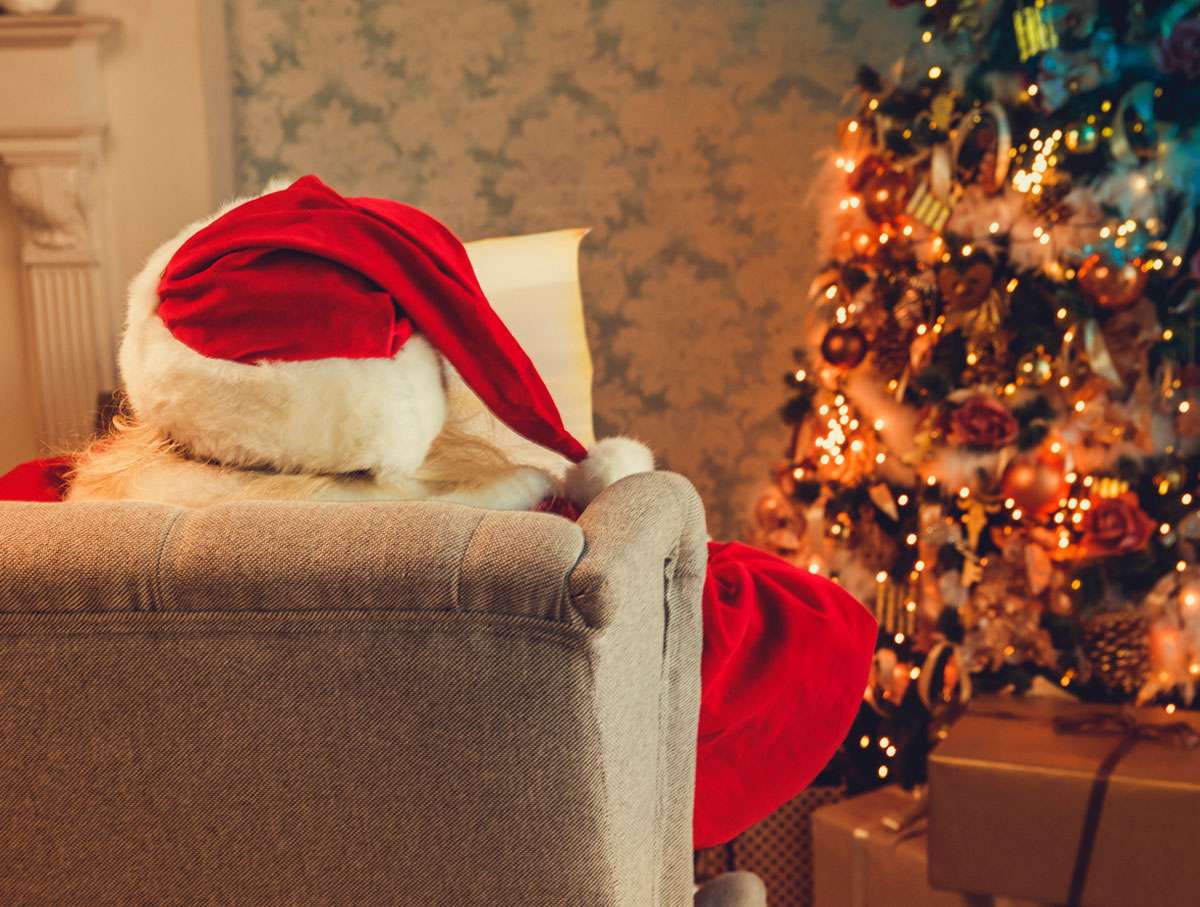 Should I Tell My Child the Truth About Santa?

I have always wondered, should I be the one to tell my kid the truth about Santa? And if so, how old should he be when I do so? Real parents and an expert weigh in.
Sa'iyda Shabazz

Since becoming a mom, I’ve had a lot of feelings I didn’t expect to feel about holidays. I feel incredibly conflicted about Santa Claus. I never expected to put as much thought into something that seems so thoughtless. I mean, I believed in Santa as a kid — however, I did figure out at a fairly young age that he wasn’t real. My mom let my dad write the gift tags that year, and my dad has very distinct handwriting. I didn’t mention it that year, and maybe not even the next year. But because of this, I have always wondered, should I be the one to tell my kid the truth about Santa? And if so, how old should he be when I do so?

More: How to Enjoy the Holidays Like a Kid Again

My son just turned five this fall. Truth be told, I didn’t make a big deal about Santa with him when he was really little. Last year, he started talking about Santa bringing presents and I went along with it. Even though I wasn’t sure how I felt about it, I felt kind of bad about killing the joy for him before he got the chance to really experience it.

Santa does bring a certain amount of magic to the holidays. There is this blissful feeling about this man who brings you toys in the middle of the night. For a little kid, knowing that he comes to your house while you sleep creates this fission of excitement. And then of course you can’t sleep — you feel like you’re high on adrenaline. It creates a really fun bedtime experience for us parents. Last year as my son lay tossing and turning with the anticipation of gifts, I felt a certain swell in my heart. I remembered being that little kid who was so very excited for the joy of the unknown. And I couldn’t take that away from him, at least not yet.

In an interview with Fatherly, psychologist and parenting expert, Dr. Justin Coulson made it very clear that he believes in telling your kids the truth.

I think he makes a strong point. We have to inject our own magic into the holiday, and even within the framework of Santa, create our own narratives.

Since he knows Santa brings presents to kids, he figures that adults face the same kind of repercussions, if you’re not behaving, Santa doesn’t bring you anything. I then had to explain to him that Santa only brings presents to kids. He seemed to accept and appreciate that this was something exclusive to kids, so that may have bought me a couple years.

My biggest fear is that some other kid will plant the seed of doubt in his mind. As he gets older, he will be around kids who may have made the revelation in a similar way to me. Kids talk — and when you’re carrying around such a heavy secret, how could you not let it slip to your friends? It’s a normal feeling to have. We actually got a taste of this recently, when I overheard an older boy say to my son that Santa isn’t real. I don’t think my son really understood what the little boy said thankfully, because I didn’t want to have that conversation with him just yet. He’s still been excitedly talking about Santa bringing him books like last year.

Another major concern is that with people celebrating so many different winter holidays other than Christmas, will the conversation just come up? When I told him that not everyone celebrated Christmas, his first reaction was “Oh, how sad.” But when I explained to him that there are other opportunities for gifts based on your beliefs, he accepted it without hesitation. But what happens when he wants to have a deeper conversation about these other holidays? If he knows that the kid who celebrates Yule still gets presents, will it just be automatically assumed that if Santa doesn’t bring all kids presents that he doesn’t exist?

Maybe I’m overthinking the whole thing. He’s still only five — right now I don’t need to have all the answers. As of right now he still believes, and perhaps I should just keep going along with it. Dr. Coulson doesn’t believe that parents who allow their kids to believe in Santa are doing any lasting harm. Many of us believed at some point, and as far as we know, none of us have any sort of major issues with trust or anything because of being told about Santa.

So I think in the end, I’ll take Dr. Coulson’s advice, “I would suggest letting your child believe in Santa when they’re young and when they first start asking questions, encourage them to think about it critically.”

He makes an excellent point, “No child is going to hate Christmas if you let them figure out the truth on their own. Everything they loved about Christmas isn’t gone, the presents are just coming from a different person.”

And he’s right. The magic of Christmas isn’t who buys the gifts, it’s about tapping into the joy of the unknown. It’s believing in magic again, even if it’s only for 25 days. So I guess I better dust off my cookie recipe — Santa’s gonna need his snack.

Not sure how to have the talk with your kids. Check out our Ultimate Guide to Talking To Your Kids About Santa.