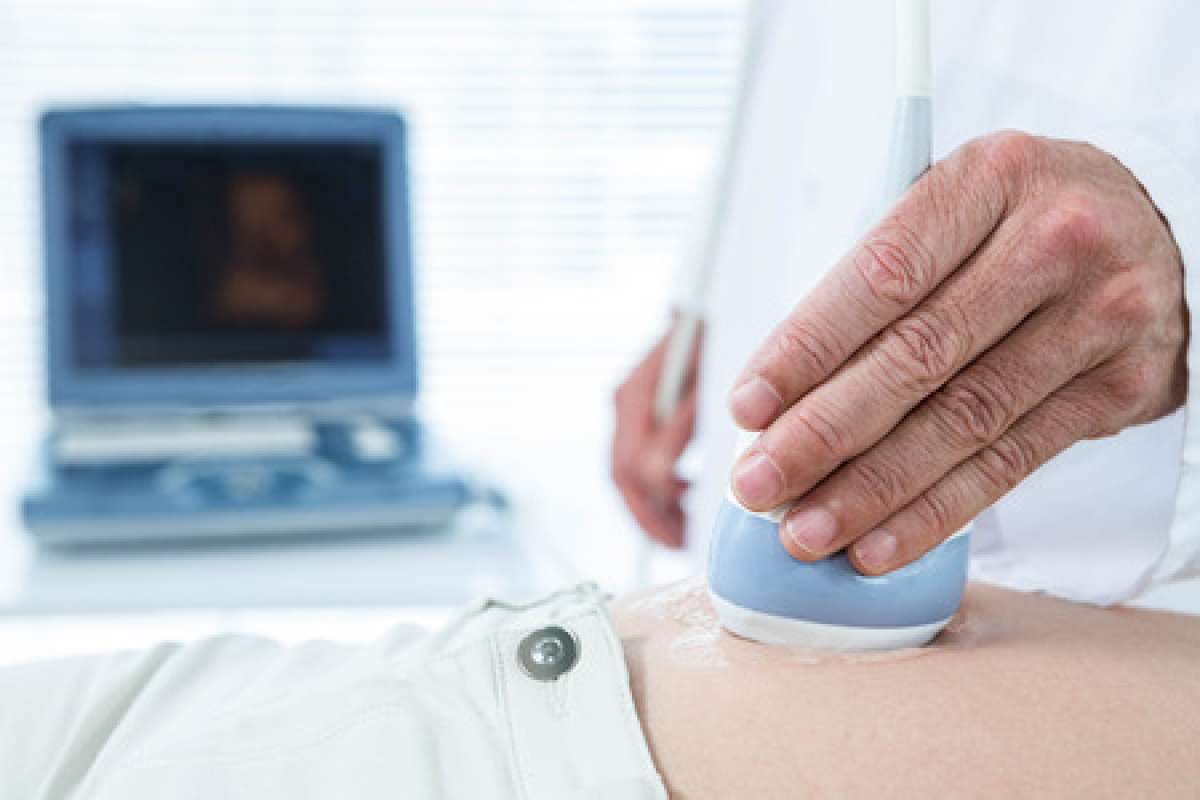 Learn about ultrasound and why it comes in handy during your pregnancy.

Ultrasound is a way of using echoes of very high-frequency sound waves to build an image of the fetus on a computer monitor.

It's a good bet you have no pictures of yourself while you were still in your mother's uterus. But many of today's young children have this first photo of themselves, framed and hung right next to their birth photo. The technology that makes it possible to take a peak at the growing fetus is called ultrasound. Sound waves are bounced off the baby to create a picture without any of the potentially harmful effects often associated with x-rays.

Ultrasound comes in handy for the following reasons:

When you have an abdominal ultrasound, you must drink a lot of water beforehand and aren't allowed to go to the bathroom until after the test is complete. This isn't painful, but it sure can be uncomfortable!

A sonographer is a skilled medical professional who has received specialized education in the areas of anatomy, patient care, imaging techniques, and ultrasound procedures.

The best part about an ultrasound is that it's so easy, quick, and painless. If you are in the early stages of pregnancy, you may be asked to drink several glasses of water before the procedure because sound waves travel more easily through the fluid in your bladder. To begin the ultrasound, you will lie on your back or side on the examination table and expose the lower part of your abdomen. Next, the doctor or sonographer will apply an odorless, water-soluble gel to your skin. The gel makes it easier for sound waves to travel through your body. The gel is sticky, but it wipes off easily at the end of the exam.

After the gel is applied, the doctor or sonographer will move the transducer over your abdomen. As the transducer sends out sound waves and receives echoes, they are relayed to a computer and displayed as a real-time picture on a screen that looks like a television monitor.

With some help, you will see the first images of your baby. In the early stages of pregnancy, you may be able to see the beating heart, the curve of the spine, and the head, arms, and legs. At a certain age, you might even catch your baby sucking his or her thumb. Sometimes the genitals can be seen and you'll get a good idea about the gender of your baby. Selected pictures can be saved on paper, film, videotape, or in a computerized format to be reviewed later by your physician. (A still shot may be printed out as a keepsake for your baby's photo album.)

Because ultrasound uses sound waves instead of radiation, it is a safe way to assess your baby's well-being.

In the ninth week, this test can also be used to identify a preliminary risk of Down's syndrome by examining what's called the nuchal fold in the baby's neck area. However, it is important for you to know that this is only an early warning of the possibility of Down's syndrome—not an accurate diagnosis. If the nuchal fold test shows a reason for concern, you will then need a CVS test for chromosomal evaluation.

In the last trimester, an ultrasound is used to perform a test of fetal health called a biophysical profile (BPP). This test measures and rates components considered important to healthy growth and development. These include breathing, body movement, fetal tone, and the amount of amniotic fluid. These factors, combined with an assessment of the fetal heart rate, give a clearer picture of fetal health.

There are no known side effects from ultrasound imaging, and it is not necessary to take any special precautions following your exam.