What Does Vaginal Bleeding During My Pregnancy?

Learn what it means if you have vaginal bleeding in the beginning, middle or late stages of your pregnancy.

Everyone knows that when your monthly bleeding stops, it's a common sign of pregnancy. So what does it mean when a pregnant woman starts to bleed?

Well, it can mean a number of things, so don't automatically panic and assume your pregnancy is in danger.

Bleeding in early pregnancy (the first three months) is a sure-fire way to upset a newly expectant mom. Red spots on your underwear can make you think you're going to lose your baby, almost as soon as you've gotten used to the idea of being pregnant.

If this happens to you, take it easy. You should call your doctor and report the bleeding, but it's most likely nothing to worry about.

In early pregnancy, vaginal bleeding that is not a cause for worry can be the result of either of the following conditions:

Although most bleeding is nothing to worry about, it's also true that bleeding in early pregnancy can, in some cases, signal a problem. It can be a sign of two dangers:

In both of these cases, the embryo cannot be carried to full term and the pregnancy ends. 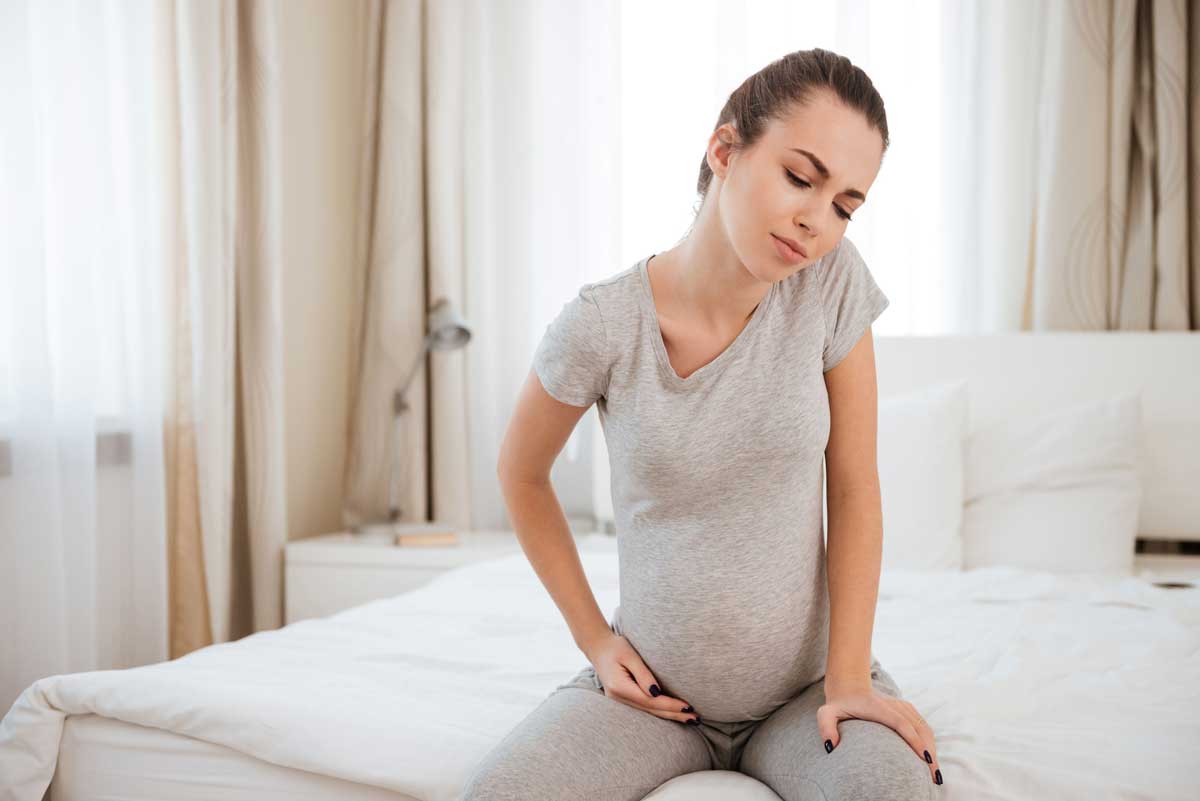 Bleeding in Middle or Late Pregnancy

Bleeding in middle or late pregnancy might be nothing more than a sign that your cervix (the opening to the uterus) has been rubbed too much during intercourse or an internal exam. In other cases, however, it might be a sign that you need quick medical attention.