Should I Take An At-Home Genetics Test During Pregnancy?

If you are currently pregnant, or planning to become pregnant, you might know the term “genetic testing,” in which you undergo some medical tests to better understand your genetic health history that may or may not impact your child’s health.

Digging into the health history of your family, and even your partner’s family, can be a daunting task, but if it’s important to you and your partner, it’s certainly something to discuss with an OBGYN or a geneticist. Does diabetes run in the family? Cancer? Schizophrenia? These are questions you may want to ask your own parents and/or grandparents.

I had some genetic testing done recently because I had some questions about my kid’s overall health; but mentally and physically, especially since my older child has Celiac, which is oftentimes hereditary.

I recently spoke with a New York-based doctor about genetic screenings and his insightful replies will hopefully help YOU, as a parent or aspiring parent, better understand the whole ‘genetic testing’ process and what it all means. He breaks it all down for you in this informative interview. 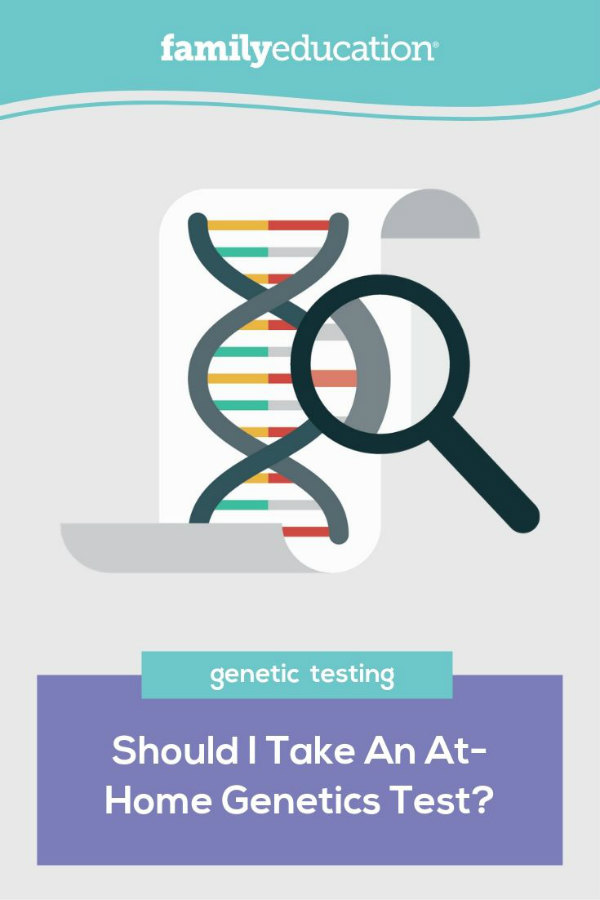 Whether you are currently pregnant—or trying to get pregnant—why is genetic testing so important? Or not?

“There are different tests available to you: prior to pregnancy as compared to during pregnancy,” says Dr. Jonathan Gillen-Goldstein, Regional Director, Maternal Fetal Health for Northwell Health Eastern Region. “Pre-pregnancy testing can identify any maternal (or paternal) genetic issues that may not affect the parent, but under certain circumstances, or combined with the partner’s genetic workup, can potentially put a fetus at risk.”

Many people believe that genetic testing is only important if they would terminate a pregnancy. “That could not be more inaccurate. Testing can reveal issues that can be avoided, treated, or ideally managed.  Some parents also have heightened anxiety, and being reassured can allow them to better enjoy their pregnancy.”

What kind of tests do I need when expecting?

During pregnancy, says Dr. Gillen-Goldstein, in addition to testing the maternal and paternal genes, there are methods to determine the fetal genetic makeup. “These tests run quite a range in accuracy, scope, and the specificity of the questions that are answered.”

What should you "look for" in a genetic test?

There are three main issues to look for with any genetic test:

Is it best to have these tests done before you get pregnant...or during...or both?

Because the tests that are done, and the specific diseases that are tested for are often different, the answer to this would depend on a patient’s history, explains Dr. Gillen-Goldstein. “A patient with recurrent pregnancy loss, for example, would benefit from testing prior to trying again in case there is a maternal or paternal cause of the losses.” Additionally, if there is a family history of illness that may be genetically linked, then having a pre-conception consultation will benefit. “In any event, testing during the pregnancy is the only way to test the genetic makeup of the fetus.”

They sell genetic tests you can take at home—are they reliable?

According to Dr. Gilllen-Goldstein, many of the at home genetic tests such as 23andMe or even the at-home pregnancy genetic tests that are coming to market give a VERY false sense of security. “23andMe is an enjoyable test to identify ethnicity and lineage, and maybe even an occasional abnormality, but it is not a medical test,” he states. “It does not screen for medical genetic disorders.” Plus, all at-home tests have limited controls to maintain proper testing techniques and have very low sensitivity and specificity. “That is to say, it’s fun to get the answers, but I wouldn’t bet my health on any of it! And again, when you do get the results, you will need someone to explain what they actually mean and how accurate they are.” Best to stick with the pros!

Decided to have some testing done? Here are our top tips for How to Prepare for a Prenatal Genetic Counseling Session.