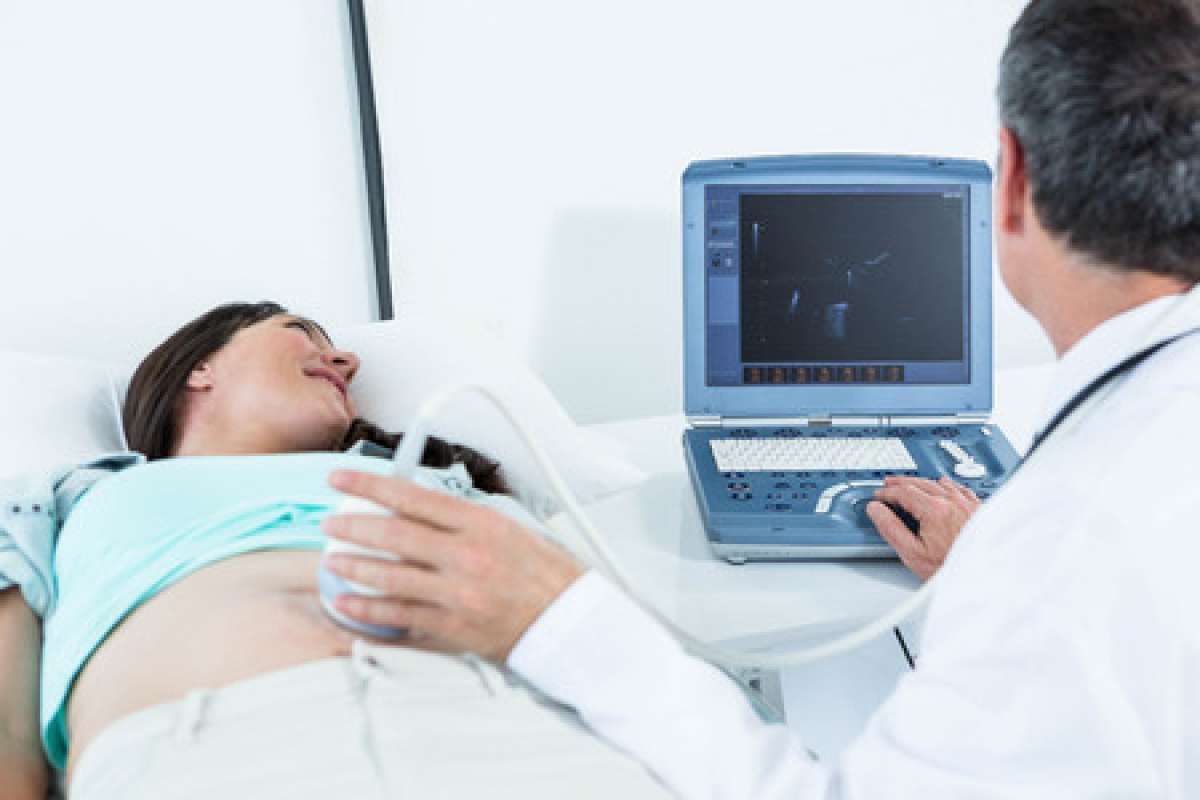 This article explains some higher risk tests that your doctor may perform while you are pregnant.

In addition to the routine history, the doctor will check for any unusual or serious medical conditions that the patient may have or that could be genetically related. For example, if you have a history of diabetes, sickle cell anemia, tuberculosis, blood clots, high blood pressure, previous abdominal or surgical history, or anything that might show up as a warning signal, your doctor will be paying closer attention to these areas.

Ultrasound
Ultrasound can be a routine test, but it can also be a high risk test when the doctor is evaluating a specific high-risk issue, such as pre-eclampsia, intrauterine growth restriction, placenta previa, and so forth. Sometimes, diabetic patients will have cardiac anomalies affecting their fetus, and this can also be monitored with ultrasound.

You'll find lots of controversy among doctors about the frequency of doing a routine pelvic or obstetrical ultrasound. Many women seem to take it for granted and would be happy to have one at every visit, but from a medical perspective, it's not necessary to get an ultrasound more than once or twice during the pregnancy (or even that often) without a medical indication.

The benefits of ultrasound include a more accurate dating of the pregnancy and a possible identification of any abnormalities sooner rather than later. For the most part in the U.S., routine regular ultrasounds have not been shown to improve the pregnancy's outcome or proven to be cost effective. Conditions where it might be medically indicated include when the fluid level is low or the baby is in a breech presentation; if the placenta is in an abnormal location; or if the doctor needs a special anatomic evaluation of the baby.

People often want to know the sex of their baby. If the doctor's schedule permits, she may accommodate the request for sex identification, but remember that it does take time and money for an ultrasound, so that's why it's not performed routinely for nonmedical reasons.

Don't worry about the safety of ultrasounds. They've been around the U.S. for decades, and no adverse effects on babies have been detected thus far.

The downside to an ultrasound is that the ultrasound itself is only as good as the equipment and the sonographer or person who interprets it. Sometimes, there is an anatomic anomaly that is present, but in the early stages of pregnancy goes undetected. You simply can't see all the problems that may be there, so it's not a foolproof method. The ultrasound merely shows you an image; it doesn't reveal the microscopic changes in the structure of organs. Dr. John describes it as looking at a vast field, and looking for a hole out there that is covered with grass, so you can't see it, meaning that he is looking for specifics, while the parents are enjoying the view.

Ultrasound to Go
Several years ago, ultrasound clinics were popping up in malls. The clinic would offer to make a videotape of the baby for you (for cash, of course). It was strictly done for fun and for the parents' personal video collection. However, some babies were born with anomalies that were not detected, and the mall clinics were sued. That was the end of the mall clinics.

Other High Risk Tests
Whatever medical conditions or history a mother has will dictate specific tests to evaluate those concerns. Some conditions might necessitate testing for heart disease, severe diabetes, high blood pressure, neurological problems, renal disease, cervical and/or uterine abnormalities, thyroid dysfunction, asthma, lupus, breast cancer, cancers in general, and frequent miscarriages. These are just a few potential medical problems that may require further medical investigation, as these conditions have the potential for adversely affecting the mother's health, as well as the baby's. It's important that you be honest with your doctor and let him/her know all your past medical and surgical issues (and family histories) that you may have been exposed to. Your baby's life and your own could be at stake.