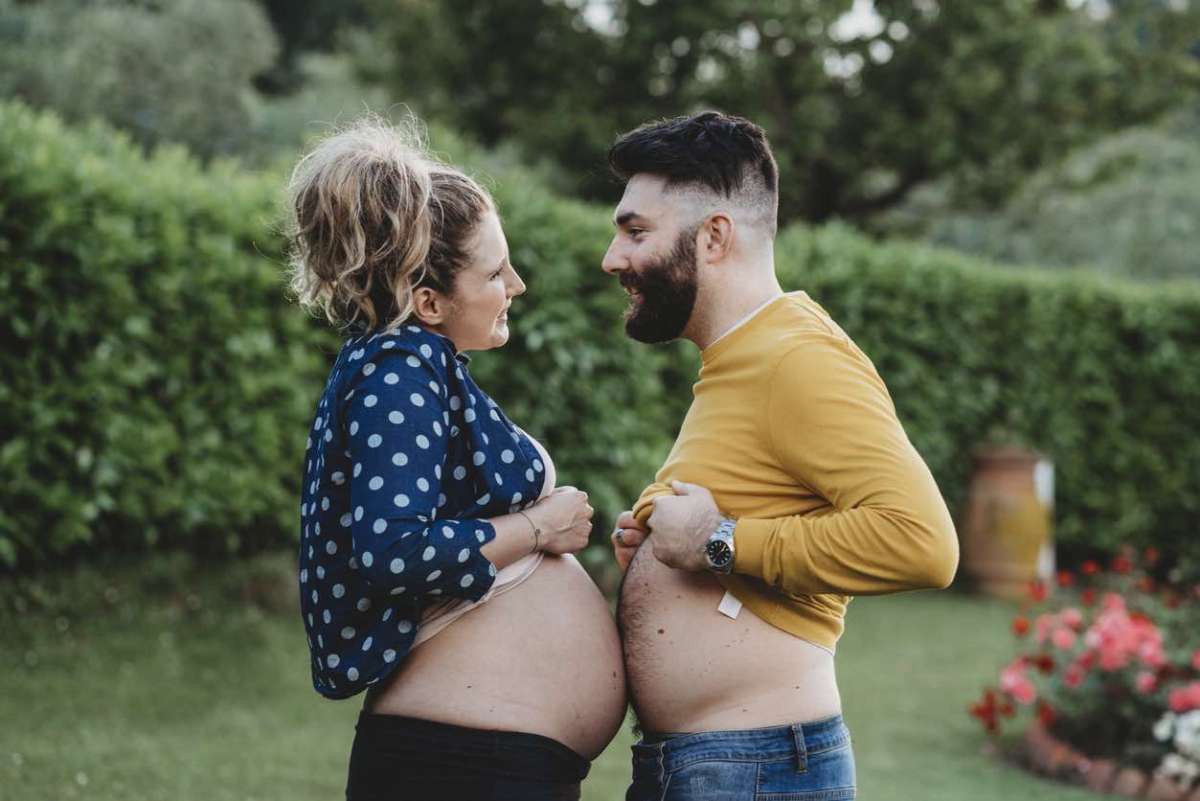 Funny Pregnancy Quotes That Will Help You Get Through Labor

Pregnancy, childbirth, and new parenthood are hard! But if you look hard enough, you can find humor in almost every situation.
Jess Faraday

Pregnant women know that having a baby is no laughing matter. Those nine months before are no joke, especially the first time around. Labor and delivery are tough. And having a new baby in the house is a challenge.

But a little laughter can go a long way. Take it from folks who have been there.

“Being pregnant is an occupational hazard of being a wife.” ― Queen Victoria

“It’s a great thing about being pregnant – you don’t need excuses to pee or to eat.” ― Angelina Jolie

“A ship under sail and a big bellied woman are the handsomest two things that can be seen common.” ― Benjamin Franklin

“People always say that pregnant women have a glow. And I say it’s because you’re sweating to death.” – Jessica Simpson

“Everything grows rounder and wider and weirder, and I sit here in the middle of it all and wonder who in the world you will turn out to be.” – Carrie Fisher

“In the pregnancy process I have come to realize how much of the burden is on the female partner. She’s got a construction zone going on in her belly.” ― Al Roker

“At eight months pregnant, one does not simply ‘roll over in bed.’” — Jennifer Garner

“Being pregnant finally helped me understand what my true relationship was with my body–meaning that it wasn’t put on this earth to look good in a swimsuit.” – Amy Adams

“I know my baby is going to be an over achiever. I reached my healthy weight gain limit in the first trimester.” — Jessica Simpson

“Pregnancy is getting company inside one’s skin.” – Maggie Scarf

“Ask me the gender and due date one more time.” - Kiera Knightley

“Stop saying, ‘We’re pregnant’. You’re not pregnant! Do you have to squeeze a watermelon-sized person out of your lady-hole? No. Are you crying alone in your car listening to a stupid Bette Midler song? No. When you wake up and throw up, is it because you’re nurturing a human life? No. It’s because you had too many shots of tequila.” -Mila Kunis

That first pregnancy is a long sea journey to a country where you don’t know the language, where land is in sight for such a long time that after a while it’s just the horizon – and then one day birds wheel over that dark shape and it’s suddenly close, and all you can do is hope like hell that you’ve had the right shots.” – Emily Perkins

“You know you’re getting old when your friends start having kids on purpose.” — Jennifer Garner

“My wife just let me know I’m about to become a father for the first time. The bad news is that we already have two kids.” – Brian Kiley

“Whether your pregnancy was meticulously planned, medically coaxed, or happened by surprise, one thing is certain – your life will never be the same.” – Catherine Zeta-Jones

Labor and delivery aren’t funny! Unless you look at them from a different angle.

“My mother groaned, my father wept, into the dangerous world I leapt.” – William Blake

“The birth video they show in a birthing class can make a Quentin Tarantino film look like a Disney movie.” — Jessica Simpson

“First of all, you haven’t seen your vagina in months, even though it’s all her fault you’re in this situation. Now that you can finally confirm that she is, in fact, still there, she isn’t the gal that you remember, and would rather you back off and give her some space (and an ice diaper) for the time being, thank you very much.” — Olivia Wilde

“You’d better go sit down because everyone in this room is here for ME and if you faint, no one will be catching YOU.” — Traci McNett-O’Neill

“There’s a whole birthing plan, but what is the plan other than to get it out? I mean, there isn’t an option to kind of keep it in, is there? So I’m assuming my plan is to get it out. But apparently, there’s more to the plan than that. I don’t know what that is.” – Keira Knightley

On the Postpartum Period

“Sleep at this point is just a concept. Something I’m looking forward to investigating in the future.” — Amy Poehler

“In the age of social media, when you can edit your life in beautiful pictures, it’s important to remind moms that all of us are wearing yogurt and all of our hands smell like urine.” — Kristen Bell

“Raise your hand if you didn’t know you’d be changing your own diapers too. After all these years in fashion, I never could’ve guessed that disposable underwear would be my favorite piece of clothing but here we are! No one talks about the recovery and healing (yes, even the messy parts) new moms go through. I wanted to show you guys that it’s not all rainbows and butterflies! It’s been tough.” — Ashley Graham

“After we got home from the hospital, I didn’t shower for a week, and then John [Krasinski] and I were like, ‘Let’s go out for dinner.’ I could last only about an hour because my boobs were exploding. When the milk first comes in, it’s like a tsunami. But we went, just to prove to ourselves that we could feel normal for a second.” — Emily Blunt

“Giving birth ain’t nothing compared to breastfeeding! Breastfeeding is brutal, it is chronic physical torture... Breastfeeding is this savage ritual that just reminds you that your body is a cafeteria now! It doesn't belong to you no more." — Ali Wong

Your Bundle of Joy

“There is only one pretty child in the world, and every mother has it” – Chinese proverb

Adam and Eve had many advantages, but the principal one was that they escaped teething.” ― Mark Twain

“You are the closest I will ever come to magic.” ― Suzanne Finnamore

“Before I got married I had six theories about bringing up children; now I have six children and no theories.” ― John Wilmot

“Having a baby changes the way you view your in-laws, I love it when they come to visit now. They can hold the baby, and I can go out.” ― Matthew Broderick

“A child is a curly, dimpled lunatic.” ― Ralph Waldo Emerson

“My mother had morning sickness after I was born.” — Rodney Dangerfield

Laughter is the Best Medicine

Pregnancy, childbirth, and new parenthood are hard! But if you look hard enough, you can find humor in almost every situation. And if big brothers and sisters are looking for a laugh, check out these 50 great back-to-school jokes!