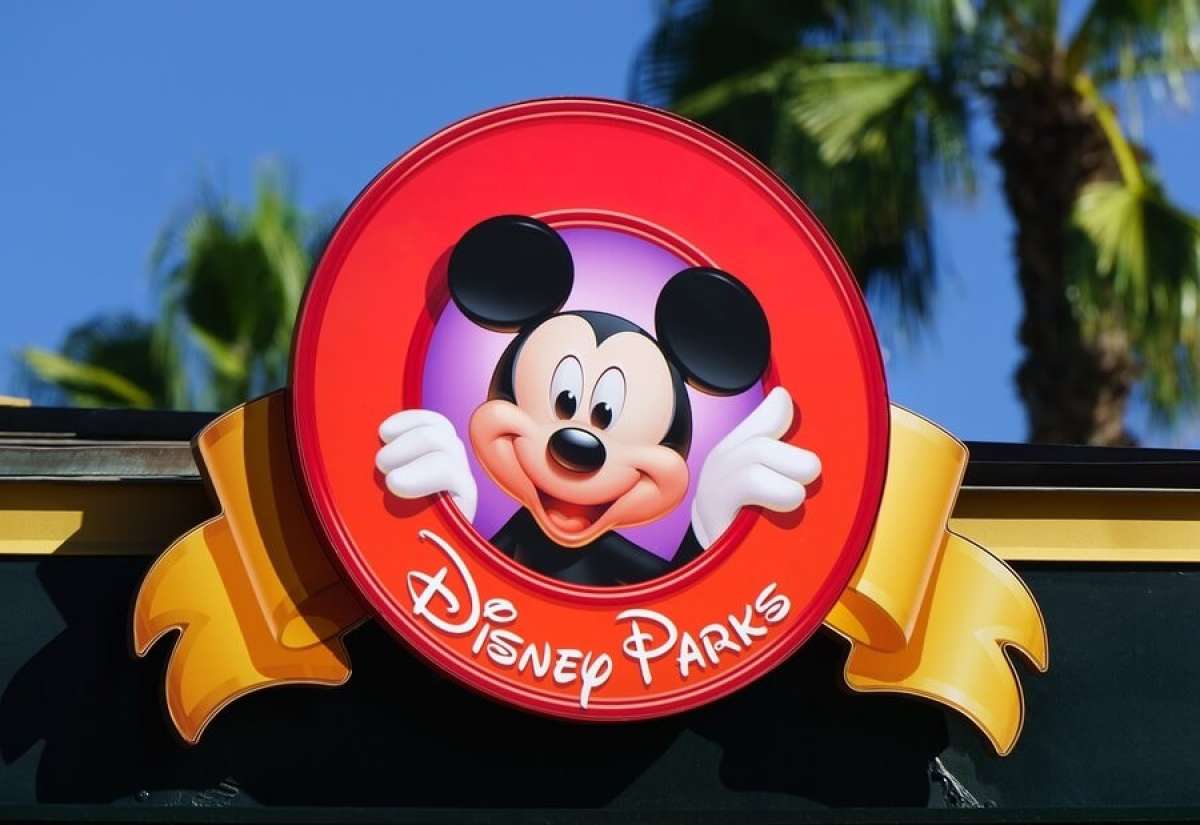 Bloggers Kim Bongiorno and Jeff Vrabel Break It Down: When Should You Take Your Family to Disney?

When vacation planning with kids, it’s natural for the conversation to eventually turn to that giant magnificently expensive magical castle/orb in the middle of the Orlando swamps. Kim and Jeff tackle the question faced by countless families every year: “So, alright, are we really serious about this Disney thing?”
by: Kim Bongiorno and Jeff Vrabel

J: What's the earliest age that a Disney family vacation is worth it?

K: We went when the kids were 2 and 4 and it was painful. Sweaty kids who miss their naps and are too little to ride the rides they want to ride on is like vacationing in a migraine.

J: When my oldest was not even 2, we went the week between Christmas and New Year's, and it was basically like being in the pit at Bonnaroo, except the people were much meaner. We got in a human logjam in front of It’s a Small World, and it didn't move for 10 minutes. Some woman behind me kept bumping us with her jogging stroller, and we nearly came to blows. Have you ever gotten into a fight in front of It's a Small World? It’s a weird feeling. Anyway, we abandoned the park at 11:15AM since Jake was napping, so we monorailed to the Polynesian for cocktails. All in all, a pretty good day. Eventually.

J: Point is, there's introducing your child to magic and wonder, and there's some expensive madness they won’t remember. I'd say the kids should be 5 at least, maybe even 7-8. For, you know, memories and stuff.

K: So when your kids are old enough to hold their own in a family vs. family amusement park fracas. Got it.

J: Aggressive mêlées aside, I really like it. I'm a huge Disney nerd, actually. If you stay in the cheap hotels, bring snacks to avoid the $14 feedbags of French fries, and bail in the afternoon, it's pretty great. If you don’t like interacting with other humans, go on marathon weekends. Everyone there runs a race in the morning and goes to nap at like 1 p.m., so the park is empty.

K: You almost lost me at “marathon,” but that is kind of a genius avoidance technique.

J: When you go, do you maximize all possible seconds of your day, arrive at the gate opening and stay until post-closing, or do you come and go and take breaks?

K: I prefer to get there upon opening, but my kids like to talk to whatever birds are on display in the hotel lobby for like an hour first. But once we get to the park, we stay until we're ready to collapse. Then we go to the hotel pool and order dinner there because putting clean clothes on at the end of a theme park day is exhausting.

J: My kids don't eat anything, anyway, so food is not an issue. We legitimately bring a backpack full of Clif Bars, juice boxes, granola and chocolate. We pack like we're starting Kilimanjaro, which of course would be less taxing. Maybe we have one meal on site.

J: My dad used to keep us there from basically Florida daybreak until the bleeding end; I remember attending the 11:55pm Hall of Presidents show one year, which I'm reasonably sure contributed to my parents' divorce. As a result we try to keep it chill. We plan nothing, except the Fastpasses.

K: Ah yes, the Fastpass! A glorious creation, indeed. Paying to be able to cut in line is a highlight of any theme park trip.

J: When we’re there, I try to stop about every two hours and ask my wife: Is this fun right now? That's a helluva lot of effort to not be fun.

K: I find that a popsicle/ice cream/margarita break every two hours keeps it fun.

J: When my oldest was littler, we'd just ride the monorail around. We did that once for hours. Got lunch in that hotel where the monorail rides through, it was his legit highlight. Total cost: $12. Well, it was a Disney lunch, so probably $85.

K: My kids looooooooved watching the monorail. Watching it. Not even getting on it. This is why I am so hesitant on dropping big bank on fancy family vacations: they like looking at zippy things and playing with cardboard.

J: So how do you decide if Disney is worth it?

K: 1. Do the kids really want to do it? 2. What do they actually enjoy in the real world, and can they get it there? 3. How easy can that vacation make my and my husband's life?

K: 1. Duh. They're kids. Of course they want to go. 2. If we see/do animal stuff (daughter) and do rides (son) and access lots of junk food (me and my husband), then yes. 3. We basically walk around watching our kids be amazed for hours, and at the end of the day they pass out in their hotel mac and cheese so we can hang out together to have adult conversation at the end of the day.

J: Sounds good to me. I've heard good things about Disney cruises, but I can't help but notice how on the "price" part is much higher than other cruises. I'm sure they're fantastic, but, yikes.

K: I'm on the fence here. I mean, on one hand, you walk on board and you're done. BOOM: all the vacationing is happening. On the other hand, not sure about being trapped on a boat for a week with my family. I like ground. And personal space.

J: Well, it's a large boat. It's not like you're on a catamaran – they have floors.

J: The one-unpack thing is great. The not sweating food ever is amazing. The availability of on-site day care made me weep with joy for the first two days.

K: On-site daycare fills my heart with glitter and sunshine.

J: And you can be reasonably sure the kids are not gonna pop on a monorail by themselves.

K: But my kids tend to jump off of things. I would like that thing to not be the side of a boat into the deep dark ocean.

J: Maybe you could teach them to not leap off the ship? Maybe make that like 8-9 on the list of things to tell them before you go? 1. Check in regularly. 2. Don't lose your room key. 9. Don't leap off the balcony.

K: I mean, there's that, but it's my vacation, too. Why must I have to always be parenting? Vacation rules are the wooooorst. Also, jumping off the balcony looks really fun.

J: No. They have whales in the ocean

K: It's not like they eat HUMANS. They only eat krill and rogue, unfriendly fish. Stop overreacting.

J: Turns out that's actually not a documentary. I also have bad news about The Secret Life of Pets.

K: SAY IT ISN'T SO. Question: do your kids run free on the boat? What's the visual on them?

J: Well, we had an 11- and 4-year-old, so we did most things together. A few times we left one or both of them in daycare, to eat a dinner/hang out with one or the other/because they asked, but for the most part, we had visual at all times. And we left the boat every day, which was good for — and I know this took place under the strict comfortable confines of Cruise Rules — exploring new places. New island, new taxi, new beach. Trying to show them how to get out and around in unfamiliar places.

K: But what if you miss getting back ON the boat? I could see us getting left on some island. We are not a particularly well-organized bunch.

J: You know, I'd say if you worry about returning all four members of your family to a large departing vessel, maybe a vacation at sea is not for you.

J: I admit that I was skeptical at first about cruises because 1. Expensive 2. Other people 3. Confined 19-square-foot room, but I'd do it again in a heartbeat. If you avoid the bars and pool deck, and do a little exploring, you can find plenty of quiet places.

K: Especially if I explore the on-site child care. And then explore a book and big hat and ear buds.

J: I mean, we hate talking to new people as a general rule, but it was easy to avoid them.

K: Vacation people can be VERY chatty, which is so very horrible.

J: Of course. See here's the problem: I would just go to a beach – just a beach – for a week. That's it. Nothing else.

J: If it's me, I don't want a park, or rides, or roller coasters, or boats, or tickets, or boarding, or Fast Passes, or road trips, or maps, or travel mugs, or excursions, or reservations. Just. Beach.

K: YES. Because beach requirements are as follows: 1. Sunblock 2. Books 3. That’s everything.

J: What's your stance on phone during vacation?

K: No screens unless we're in the hotel room, chilling out. Or unless you are reading a book on it.

J: Same. Although the 100% approval to use it during the entire duration of the trip so they stay quiet is still in effect. "Dad I'm" [shoves phone in face, returns to Delta Magazine].

J: I'm just hyper-programmed and OCD by nature. Busy vacations, while fun, tend to not be especially relaxing. This year I think we're just unplugging 100%. Beach, the end.

K: I think we're going to do something in the middle. A week at a hotel by the beach with a pool, but that also has some entertainment for the kids (i.e. on-site childcare that isn't called childcare so my kids don't feel like they're being left with babysitters). Not as hectic as a theme park, but not as I-don't-get-a-break as a beach vacation. Maybe we’ll do Disney next year.

J: Done and done. That decision was easier than I thought.

K: You know there are a few other options we could consider. How about a staycation? People seem to like those?

J: That would probably work for lots of people, but I can't get out of the I'm At Home So I Should Do Home Things mentality.

K: So it'd be like bring-your-family-to-work-day every day, which sounds pretty awful. Agreed. How about camping? Nature! Fresh air! Roughing it!

K: OKAY SPIDERS NEVERMIND. A cross-country trip? Rent a Winnebago, visit the sights, hours together with the ones you love on the adventure of a lifetime!

J: That would be fun, if we had a Winnebago. I don't think we have a Winnebago. Let me check. Nope, that's a tank.

K: FINE. Um, visit family? Like, hang out with people you are related to for a long stretch? That's fun…right?

J: I'm going to pretend you didn't just say that.

Kim Bongiorno is the author, freelance writer, and blogger behind Let Me Start By Saying. She lives in New Jersey with her handsome husband and two charmingly loud kids, who she pretends to listen to while playing on Facebook and Twitter. If she were less tired, she'd totally add something really clever to her bio so you'd never forget this moment. Learn more at KimBongiornoWrites.com.

Jeff Vrabel’s writing has appeared in GQ, Men’s Health, the Washington Post, Vice, Indianapolis Monthly, the official BruceSpringsteen.net, the official Indy 500 site and several angry Neil Diamond comment threads, because wow can those people not take a joke. He is currently the Guinness World Record holder for Most Bruce Springsteen Songs Identified By Their Lyrics in One Minute. He can be reached at the cleverly named http://jeffvrabel.com.