Easing Anxiety and Worry in Teens Before Starting College

Sa'iyda Shabazz
It's normal for your teen to feel anxious or worried about starting college in the fall. No matter how exciting this time is, it also comes with the unknown. Here's what you can do as a parent to ease your teen's worries and fears.
Table of contents

Now that the school year is winding down, for parents of teens graduating high school, a new set of struggles begins: the countdown to the start of college. By mid August, kids will be starting this next chapter in their lives. And there is a lot to do in that time. Emotions are running high for everyone, but especially for the kids going off to college. Their lives are about to experience a major upheaval, and it’s likely they’re scared and anxious. But they may not want to, or be able to articulate their fears.

More: 5 Ways to Bond With Your Teen Before College

Talking to your kids about all the changes they’re about to go through is daunting. Because as parents, you’re feeling some major nerves too. But there are things you can do to ease everyone’s anxiety about starting college. These are just a few suggestions to some of the most common things that cause anxiety.

Fear of the Unknown 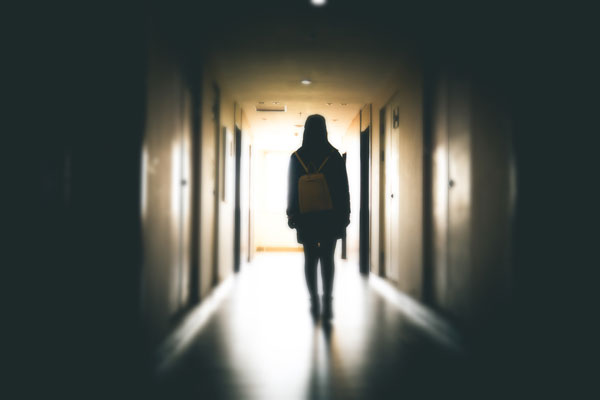 Colleen Wildenhaus, who runs the website Goodbye Anxiety, Hello Joy explains that a lot of teens’ anxiety over college comes from the unknown. College is such a different experience than high school, for the first time, teens are really in charge of their own success. Not just academically, but emotionally and socially. That’s a lot to navigate for someone who is still so young.

“In addition to the unknowns, the pressure put on teens by parents and educators makes them feel that college will define their entire future,” Wildenhaus adds. It’s true. We’re asking kids at the age of 17/18 to make these big decisions (going away vs. staying local, living on campus, choosing a major) when so much can change. These decisions are important, but the adults often don’t leave space for conversations about what to do if feelings change.

As a result, Wildenhaus believes parents should shift the focus of conversations. Instead of further putting pressure on kids to have everything figured out, talk about the excitement of possibility. There are so many great things that happen during that first year, and that’s where you should be focusing your conversation.

A World of New Experiences 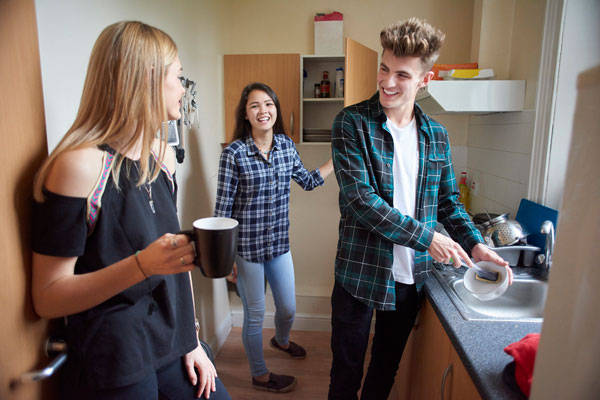 One of the exciting changes (but one that will likely cause anxiety) is making friends. For most teens, they’ve likely known their friends for a long time, maybe even their entire school careers. So they prospect of having to make an entirely new group of friends is definitely scary. While many colleges have events in place for incoming freshmen to meet each other and make friends, actually having to do it is much more daunting. As Wildenhaus suggests, if you have a good relationship with any current college students, arrange for your teen to spend some time with them.

Arranging for them to visit the school’s campus before move-in if it’s feasible is also a great idea. This way, they will get a chance to see the layout and familiarize themselves with the campus. And usually the tours are led by students, which means they may have the opportunity to ask questions about campus life like clubs and social activities.

How Parents Can Help Teens with Anxiety 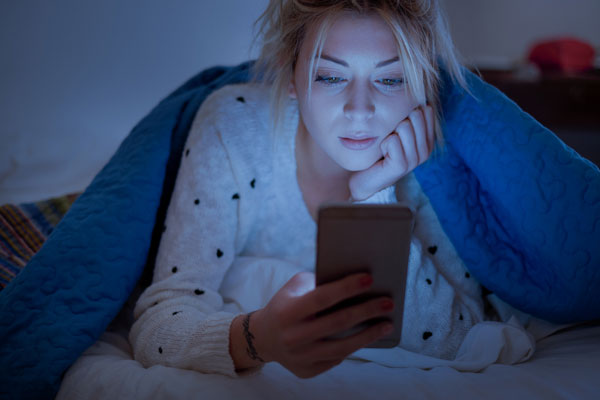 In a piece for The New York Times, Mark McConville, a clinical psychologist, makes an excellent point. You should be helping your teen get ready for college at least a year before they’re ready to go. There is so much that they have to learn, and if you start early, a lot of their fears will likely be calmed. One thing he focuses on is helping your kids learn readiness at administrative tasks, like scheduling a doctor’s appointment. “These minor tasks actually constitute a major developmental marker, because owning them signifies a readiness to begin feeling, thinking and behaving like an adult,” he explains

More often than not, parents take care of that kind of thing, so teens have no idea how to do it. McConville tells a story about a teen going off to college who “confessed with embarrassment that he didn’t want to call because he did not know what to say, and feared the office staff would yell at him.” At 17 I didn’t even feel comfortable ordering a pizza over the phone, I could not have called and made any sort of appointment for myself.

In an exercise to show the boy that making the phone call isn’t actually scary, he had the mom call and put the phone on speaker. Once he heard how it was supposed to be done, his fear had significantly dissipated. Sometimes the key to soothing some anxiety is to model the behavior they’ll need to learn.

And going off the idea of modeling behaviors, teens going off to college have certain household tasks they will have to do alone in college. Teaching them to do things like laundry if they’re not already doing it, or grocery shopping will give them a leg up. Laundry is especially daunting if you’ve never had to do it before. Sure, you may still get calls about washing machine settings or fabric softeners, but you’ve given them the basic skills. That doesn’t mean they won’t come home with dirty laundry, because that’s inevitable. It just means that when they run out of underwear, they have the skill set to fix the issue.

Teaching Teens How to Handle Emotions 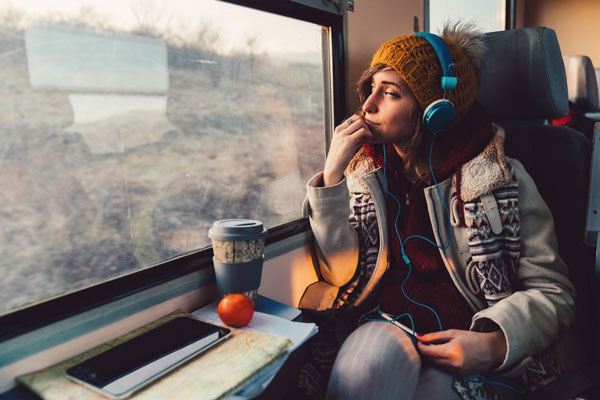 On the more mental health side of the fear and anxiety, throwing teens into this entirely new experience can bring up things they never considered before. “It's important to ensure your teen knows how to solve her own problems before she heads off on her own,” licensed clinical social worker Amy Morin tells NBC News. “College students who don't know what to do when they encounter problems, like they're struggling with a tough class or not getting along with their roommate, will either avoid the problem altogether or make a snap decision that could be harmful.” Morin is also a psychotherapist and psychology professor at Northeastern University, and author.

Morin advises focusing less on actual solutions, and talking about what the problem solving process looks like. Those tools are far more necessary than always looking at the solution. Because sometimes you have to adapt. And adaptability can be a hard skill to learn on the fly at that age.

A study published by the American Journal of Public Health claims that most college students felt academically ready for college. But emotionally? Not so much. According to the research, 60 percent of those college students didn’t feel emotionally ready. As Morin points out, college students have trouble dealing with things like frustration and disappointment. “Help your teen identify concrete coping skills he can use in college,” she advises. College admissions coach Pam Andrews also tells NBC News that parents need to learn how to say no and create boundaries. “Teach them that they do not have to feel obligated or pressured to fit in with the crowd,” she says.

It may seem like a lot to cram in the next two months, but much of it will generate ways for you to spend time together before they leave. You can be having these conversations while folding laundry, or while looking for sheets at Target. They may be hard conversations to have, but everyone will feel a lot better and more prepared when it’s time to go.