What I Learned About Motherhood and Mindfulness From The Grinch

HeHe Stewart
The latest adaptation of The Grinch just might be my favorite yet. It touches on everything from mindfulness, to motherhood and empathy and gratitude. Believe it or not, we could all learn a lesson from the Grinch.
Table of contents

For the first time in four years, I was able to travel home for, both, Thanksgiving and Christmas. This year, we did not participate in Black Friday shopping (other than casual online sales, read: standing in line for hours in hope to be one of the first four people into the store also after that same item... yeah, we didn’t do that this year and it was glorious). Instead, after our Thanksgiving meal, we napped and then went to the movies.

More: How Meditation Gets Me Through the Holiday Season as a Parent

We saw the “new” Grinch movie. It’s a remake, but a very, very good one. First, it’s made by Pixar so they are years ahead of all other animation in my opinion. They are just that good. Second, they put a modern day spin on things. For example, the Grinch has a touch-screen watch and a drone. It was all so well embedded in the movie that I didn’t pick up on it until two-thirds of the way into the movie.

I also loved the diversity! It was a very well represented group. My mom even noticed. There were Whos of different shapes and sizes. The moms had real female bodies and some families had multiple children. The main character children all looked different and Cindy Lou Who is from a single-mom family. In fact, Cindy Lou’s mom has THREE children, Cindy Lou and twins! They do a really great job of portraying real mom life. Her mom is even caught by Cindy Lou telling herself to get it together when she’s burning the candle from both ends. *Oh yeah, bring tissues if you are a crier, pregnant, or just overall get choked up at mom stuff.

All through the movie I caught myself saying things like “Oh, that was a nice touch,” or “I love how they highlighted that.” I noticed things like Cindy Lou’s mom encouraging exploration and supporting emotional development as Cindy Lou sets off to find Santa Claus. I thought it did a good job of depicting empathy and gratitude, too. Of course, there were things like empathy for the Grinch, kindness for others, forgiveness for the Grinch once he stole everything, and the appreciation of people instead of things, presents, and decorations. It was the stuff that is always a theme in the Grinch: be kind and accepting of people who are/think/do/speak differently than you + the touch of a child is literally the purest thing in the world.

More: How to Enjoy the Holidays Like a Kid Again

I especially loved the fact that Whoville is such a perfect little village. Everyone helps everyone, people are kind, and they accepted the Grinch who stole CHRISTMAS to be part of the town once again. It depicted the importance of having a village perfectly. It also highlights beautifully that it only takes one person to make big impacts. Also, age has nothing to do with the impact you’re able to have.

Even with all of this, I still couldn’t get past the way that they angled it to be centered around mindset. At one point in the movie, the Grinch realizes that if other people felt happiness, could he feel that, too? It was incredible. He made the decision to try. There are a few scenes where he is debating with himself whether he should go or not, people would laugh at him, flashbacks to when he was ridiculed as a child. He finally just decided to do it.

Overall, the Grinch was much happier and more cheerful in this version. He was kind to Max (his dog) and he showed great affection and appreciation for his newest addition, Fred the reindeer. The Grinch is one of my favorite movies and this one tops the charts. I do love Jim Carey as The Grinch, but this modern day spin just can’t be beat. You’ll have to just see it for yourself! Let us know which one you prefer. 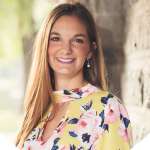 HeHe is the founder of a Maternity Concierge, Doula and Birthing Service in the Boston area.