Paige Breaux
Find your Scandinavian last name and learn about its meaning and origins. Discover Icelandic names and names from Denmark, Norway, Sweden, and Finland.
Table of contents 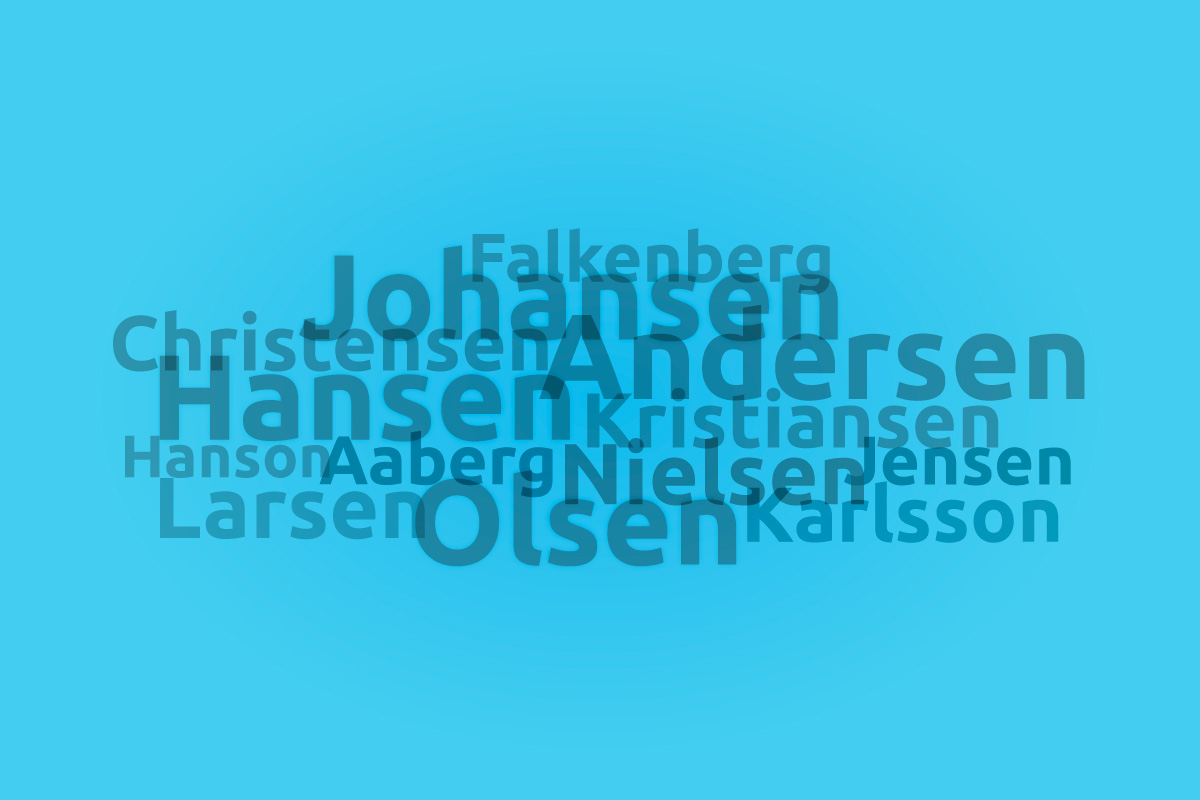 The region of northern Europe made up of Sweden, Norway, and Denmark is called Scandinavia. These three countries are also part of a larger group called the Nordic countries that includes Finland, Denmark, Norway, Sweden, and Iceland. The Scandinavian languages include Swedish, Norwegian, Danish, Icelandic, and Faroese.

The history of Scandinavian people can be traced back to The Vikings. The Vikings, also called Norsemen, were well-known sea-faring people with a reputation for raiding and pirating throughout Europe and Asia. They most often practiced Norse Mythology. In modern times, Norse Gods such as Odin, Thor, Freya, and Loki have become well-known figures in pop culture thanks to Marvel's Thor movies.

The Scandinavian region is famous for its breathtaking landscapes including fjords, mountains, and beautiful beaches. The naming customs in Scandinavia also have their own fascinating history.

The 10 Most Common Scandinavian Surnames (with English translations)

Like other regions throughout the world, Scandinavia was late to adopt surnames. Once those countries did, they were used in conjunction with patronyms.

The Origin of Scandinavian Last Names

Like other regions throughout the world, Scandinavia was late to adopt surnames. Scandinavian names follow specific naming patterns. Family names are often passed down generations. Most surnames follow the practice of patronyms that incorporate a person's father's name. Patronymic names use the father's given name plus a suffix at the end to indicate relationship. Therefore, their baby names indicate relationships and a sense of community.

Scandinavian last names typically end in -sen or sson meaning "son" or –datter or - dotter, meaning daughter. For example, "Bengtsson is Swedish surname that translates to  "son of Bengt." Scandinavians are also known for re-using several of the most popular first names and last names, so it's not uncommon to come across many people with identical names in this region. Currently, over two-thirds of the Danish population have a surname ending in -sen!

Paige Breaux is Acquia's Content Marketing Manager. Paige is a lifelong storyteller and enthusiastic editor with a background in writing and digital marketing for B2B tech brands and online lifestyle publications.