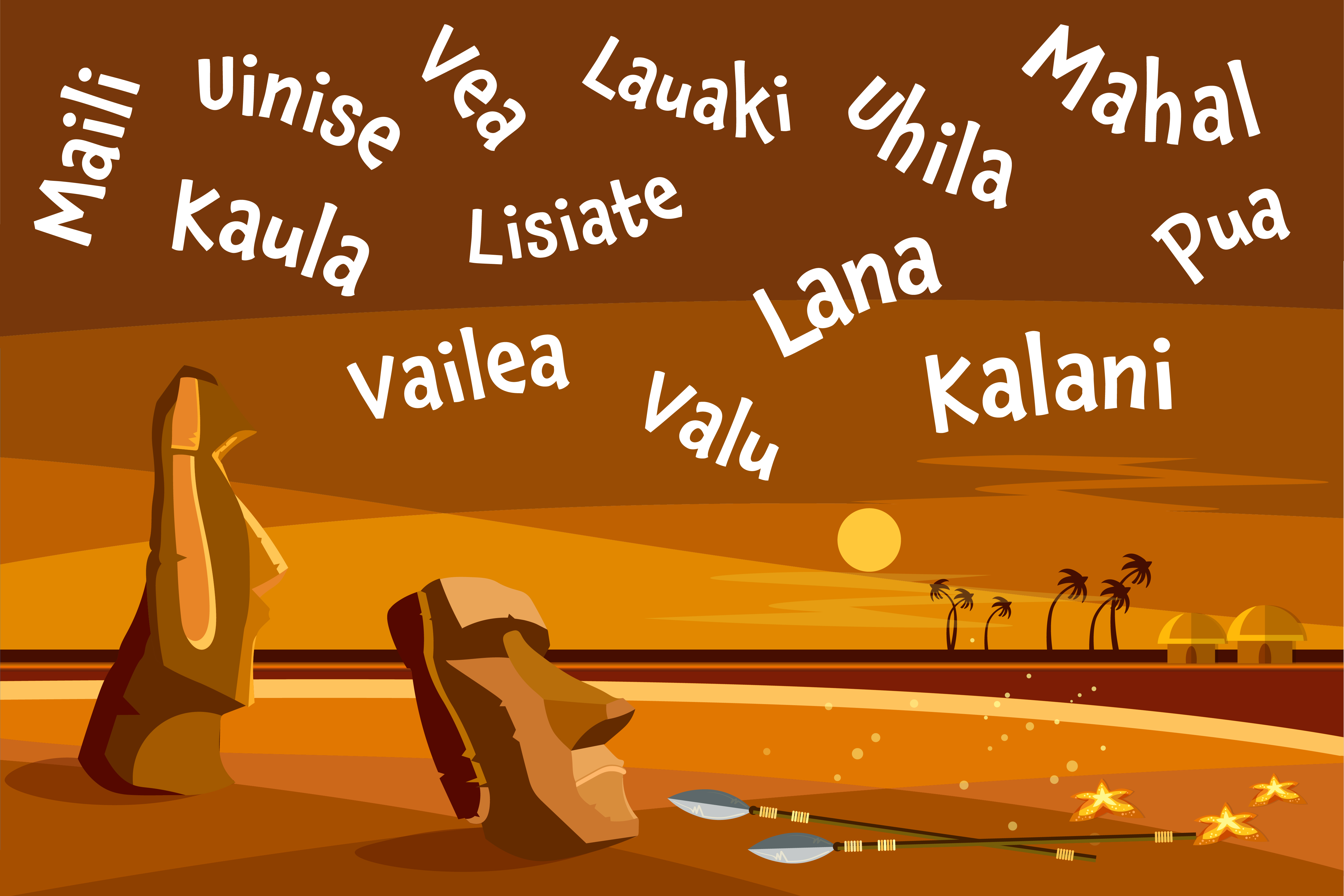 Polynesia is an area in the Pacific Ocean with more than 1,000 islands. The word Polynesia is Greek for many islands. And If one were to draw a line on a map, the major islands create a triangle with Hawaii in the north, New Zealand in the South, and Easter Island appropriately to the east.

Each island and group of people have its own culture, traditions, and religion. While there may be some shared traits and traditions, there is no single Polynesian culture.

One of the unique things about Polynesia is that it doesn’t experience seasonal temperature changes. Instead, the weather hovers around 80 degrees daily. As a result, there is a wide variety of tropical fauna, and wildlife found nowhere else.

Some of this region's most popular baby names are inspired by nature and the Polynesian gods. Others are direct influences of English and European colonialism and outside cultures.

Polynesian names are a beautiful choice for your new baby, so if you’re considering a name from this region, read on to discover what each name means and its origins.

Hawaii is probably the part of Polynesia Americans are most familiar with; it is part of the United States and a hot vacation destination. Hawaii is an archipelago with eight major islands and many smaller ones formed by volcanic eruptions under the ocean.

The Hawaiian islands were settled by Polynesian natives roughly 1500 years ago. They stayed autonomous until the first European settler, Captain James Cook, made contact in 1778. In 1810 King Kamehameha I united the Hawaiian islands, and his dynasty reigns until 1874.

Tahiti is part of French Polynesia, located roughly 2,400 nautical miles south of Hawaii. Tahiti boasts a tropical climate with an estimated 3,000 hours of sunlight per year. Native Tahitians are believed to be a group of Polynesian natives that arrived between 300 and 800 AD.

They developed a political and religious system centered around high priests, family relations, and chiefs. Unfortunately, the system disappeared due to European influence.

Native Tahitians intermarried with French Europeans, and as a result, many modern Tahitian names have a French influence.

Because of their difficulty to pronounce in Western languages, many Polynesian names have been shortened or anglicized; others simply fell out of use. Here are some unique and meaningful Polynesian names.