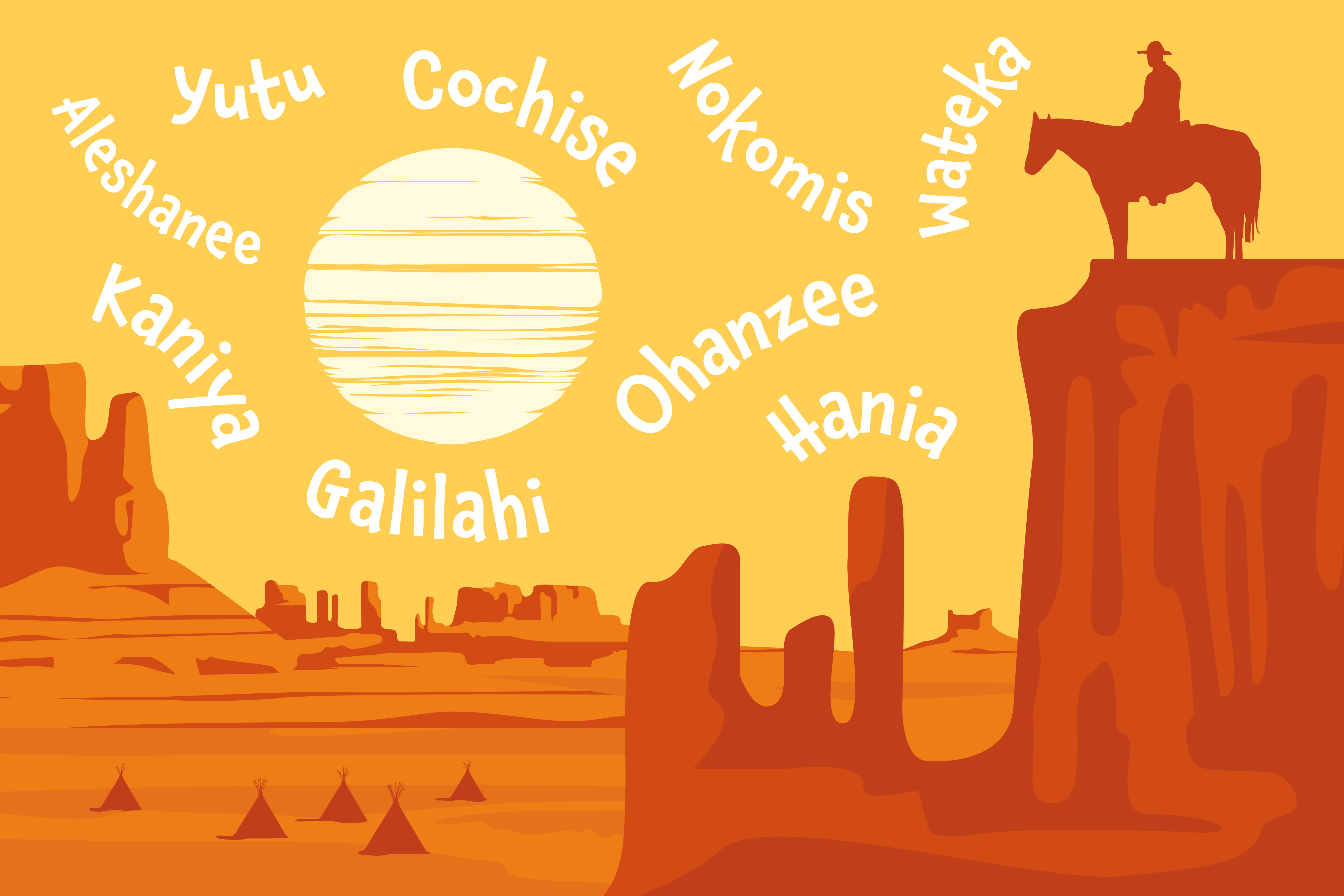 Native Americans have inhabited the Americas for 15,000 years, so naturally, they have cultures and languages that run deep. Their influence is seen throughout North and South America in music, food, art, games, and language. As a result, many places bear Native American names. For example, two of our states have the word Dakota in them; derived from the Dakota tribe, it means friend or ally. This same name has also become a common name for boys and girls.

If you have Native American roots or perhaps wish to honor the indigenous tribes that inhabited the Americas first, using a Native American name as a first or middle name is a beautiful way to pay homage. However, when taking a name from a culture not your own, be sure to understand the meaning behind the name and the proper pronunciation.

Below is our complete list of American Indian names inspired by various Native American tribes and nations. We have done our best to represent various native groups and the meanings behind their names. Some names may stem from multiple tribes or languages, and we have attempted to represent all possible interpretations.