5 Reasons Why Disney's New Toy Story Land Is Everything

Toy Story Land opened at Disney's Hollywood Studios this week, and it's everything we ever dreamed it would be!
Table of contents

The much anticipated Toy Story Land is finally open at Disney's Hollywood Studios in Orlando, FL! Woody and Buzz fans have been dying to see what Disney would pull out of their magic sleeves for this park, and no one is disappointed.

The park is built to give visitors the sense that they've shrunk to toy size as they explore Andy's backyard. With 400 building blocks, Andy's giant footprints and real-life army guys, I'd say they've done a pretty good job!

There are two new rides — Slinky Dog Dash and Alien Swirling Saucers — and one revamped ride — Toy Story Midway Mania, which used to open up to Pixar Place. The rides and games are aimed at younger kids, but parents who saw the original Toy Story in 1995 will get something out of this park, too.

Here are our top five reasons families should put Toy Story Land on their to-do list.

1. The Park Is Filled With Every Toy You Ever Loved 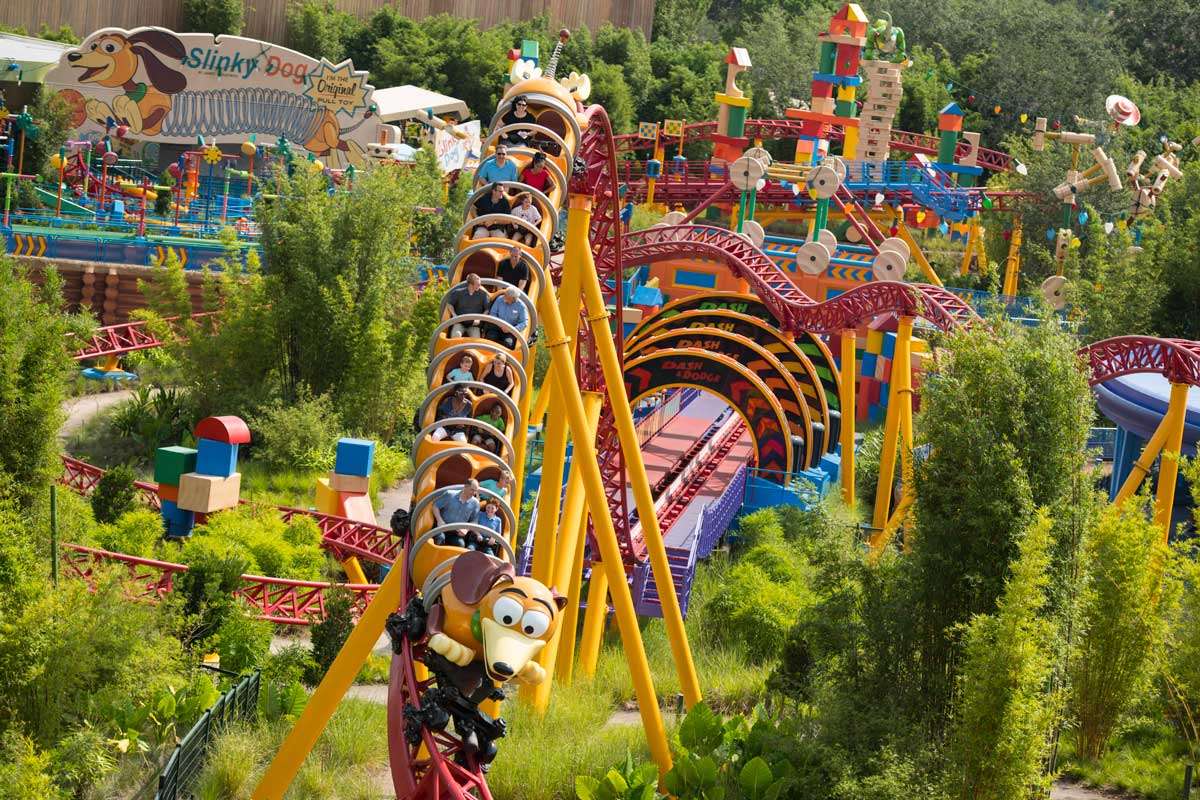 The Slinky Dog Dash, which kind of looks like it's riding on a Hot Wheels track, takes you over, under, around and through Lincoln Logs, Tinker Toys and Jenga Blocks, which are stacked up all over the park.

2. There Are Real-Life Army Men

Just watch the video. You'll see how cool these guys are!

3. The Green Aliens Have Their Own Ride! 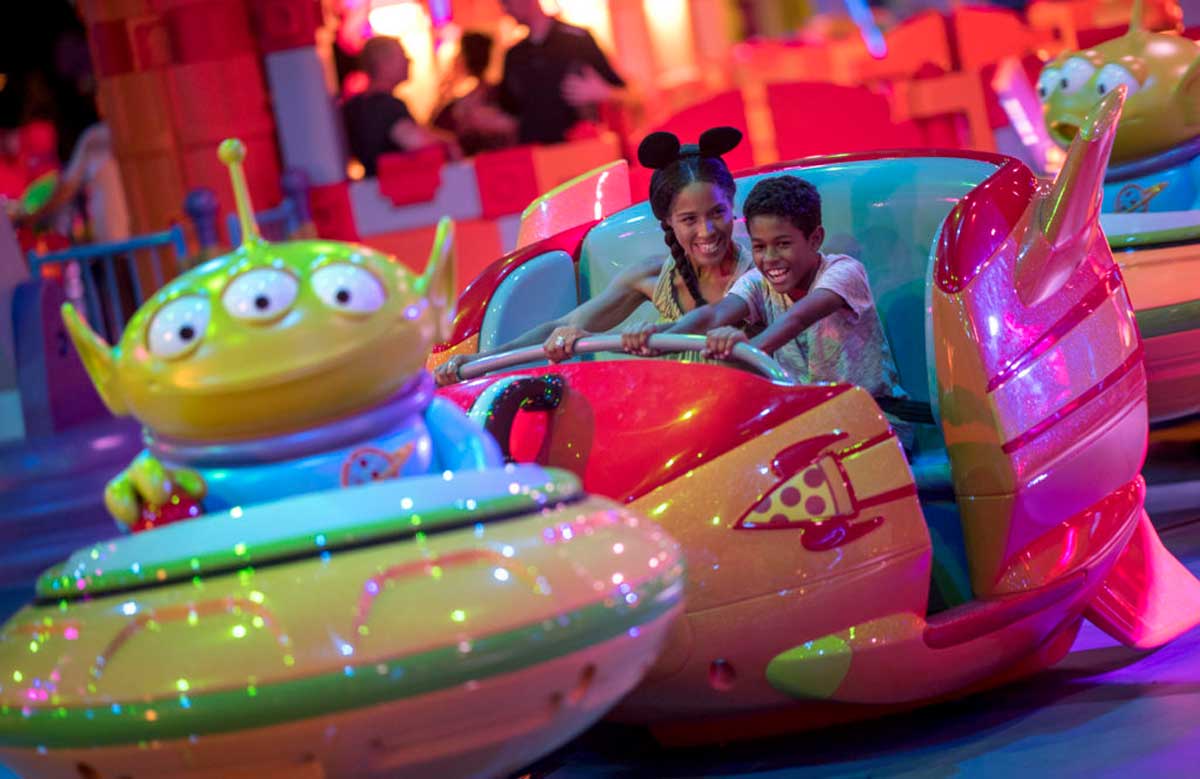 We've loved the green aliens since their first appearance with The Claw! And if you love to spin, you'll love this ride, decked out to look like Pizza Planet.

Woody's Lunchbox Has It's Own Menu 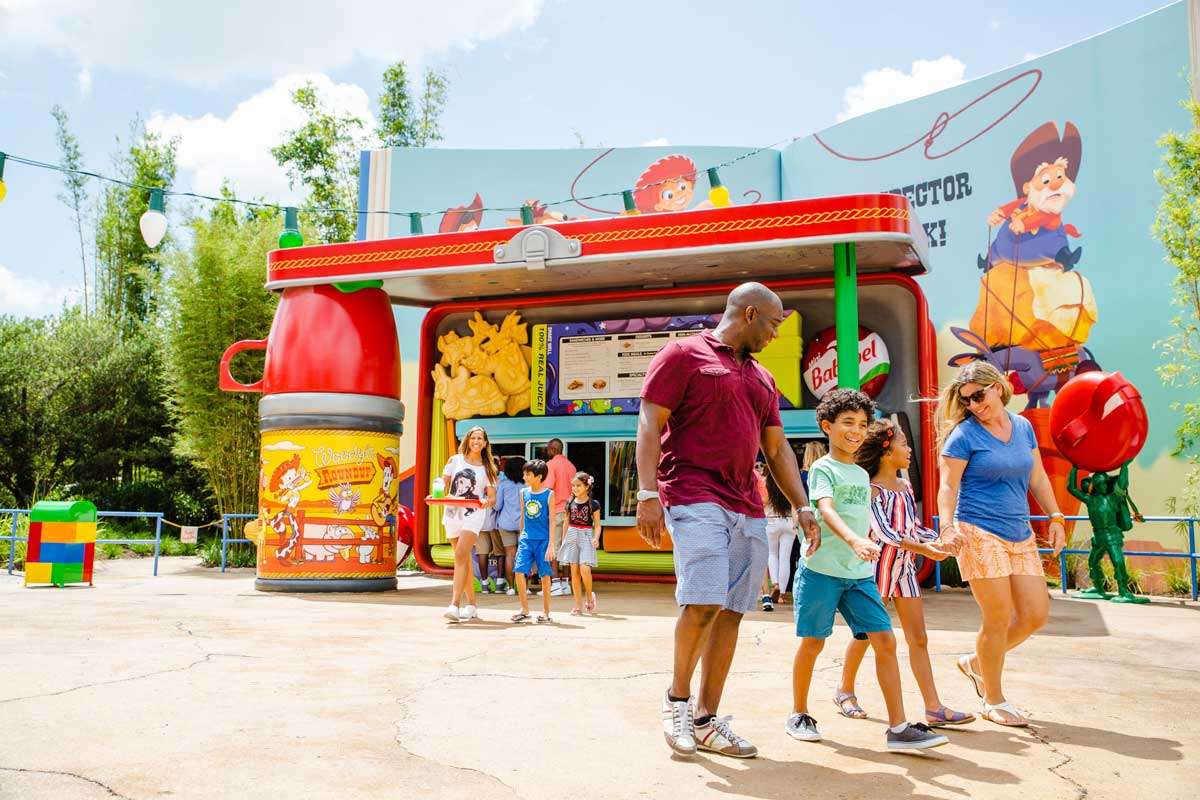 Disney came up with a unique menu for Toy Story Land, and it all sounds amazing. What do we want to try first? The tater tot nachos, called tatchos. The quick-serve restaurant serves breakfast, lunch and dinner, so there's plenty of opportunity to munch.

It's Even Cooler at Night 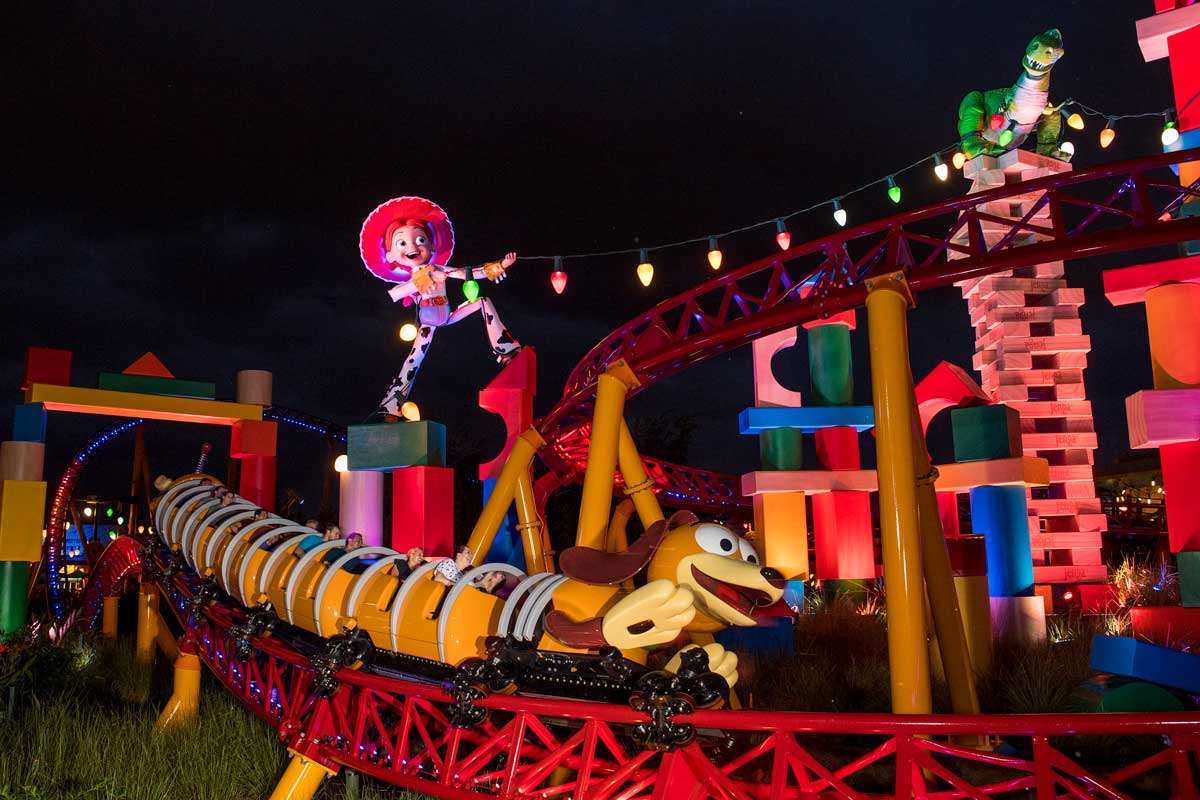 Once the sun goes down, the whole park is lit up by giant Christmas lights.

If you're planning a Disney World vacation, this is definitely one park you should put on your plan. Just remember, it's going to be pretty popular for a while!