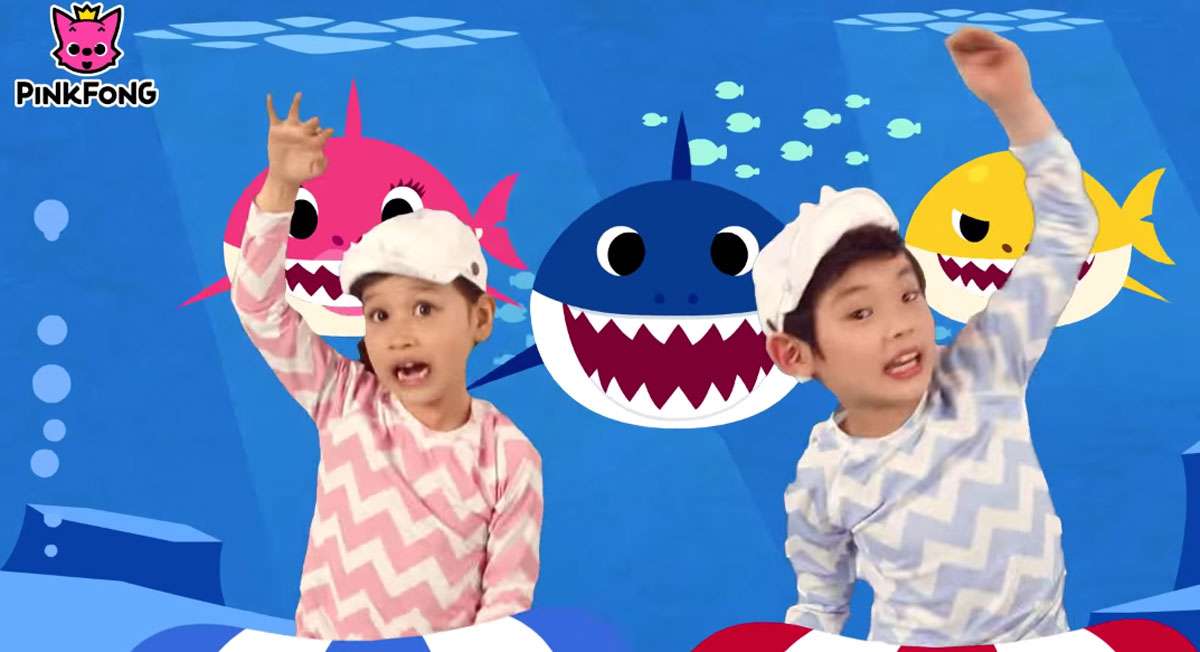 The Baby Shark videos have taken the world by storm. Toddlers all over are listening to the song over and over, and over again, slowly driving parents crazy. But, it actually might be worth hearing the "doo doo doo doo doo doo" a million times over.
Jacqueline Weiss

Whether you have a toddler or not, you’ve probably been plagued by the catchy lyrics of “Baby Shark” over the past several months as it’s taken the internet by storm. For parents, there might be a benefit to the time your child has spent watching the video over and over (it’s been viewed over 2.19 billion times on YouTube since June 2016), it could actually be educational.

The viral video from Pinkfong has spawned numerous dance tributes hashtagged #BabySharkChallenge on multiple social media platforms, and additional shark-themed iterations from the kids’ songs and stories channel including “Baby Shark Halloween,” and “Disco Sharks,” but “Baby Shark” continues to reign supreme. But why is it so catchy, and what can we learn from all of this?

Beatriz Ilari, an associate professor at the University of Southern California’s Thornton School of Music who has extensively studied children’s music shared with The Daily Beast, “The song has a simple melody that is not only ‘catchy,’ but is also easy to sing and memorize.”

More: Is Your Child in the Groove?

But, it’s more than just the lyrics that have made it insanely popular, it’s the video, too. The “Baby Shark” video embodies the “multimodality aspect of children’s musical experiences in our contemporary world,” Ilari shared.

The colorful video with two children performing easy-to-follow dance moves is something that young, developing brains crave. “The video aspect is very important—children are not only listening, but are ‘viewing’ and performing the song,” she said.

Finally, there’s something in the lyrics that children can latch onto, neuroscientific consultant Valorie Salimpoor shared with The Daily Beast. “Children can affiliate with the words baby, daddy, mommy, grandpa, grandma. This helps create a connection or a bond with the music. These are people that children are likely to have a very positive connection with, again providing a pathway to target the emotion and reward systems in the brain,” she explained.

It doesn’t seem like “Baby Shark” is going away anytime soon, so until it does, doo doo doo doo...

Thank you for your feedback.
About the author
Jacqueline Weiss