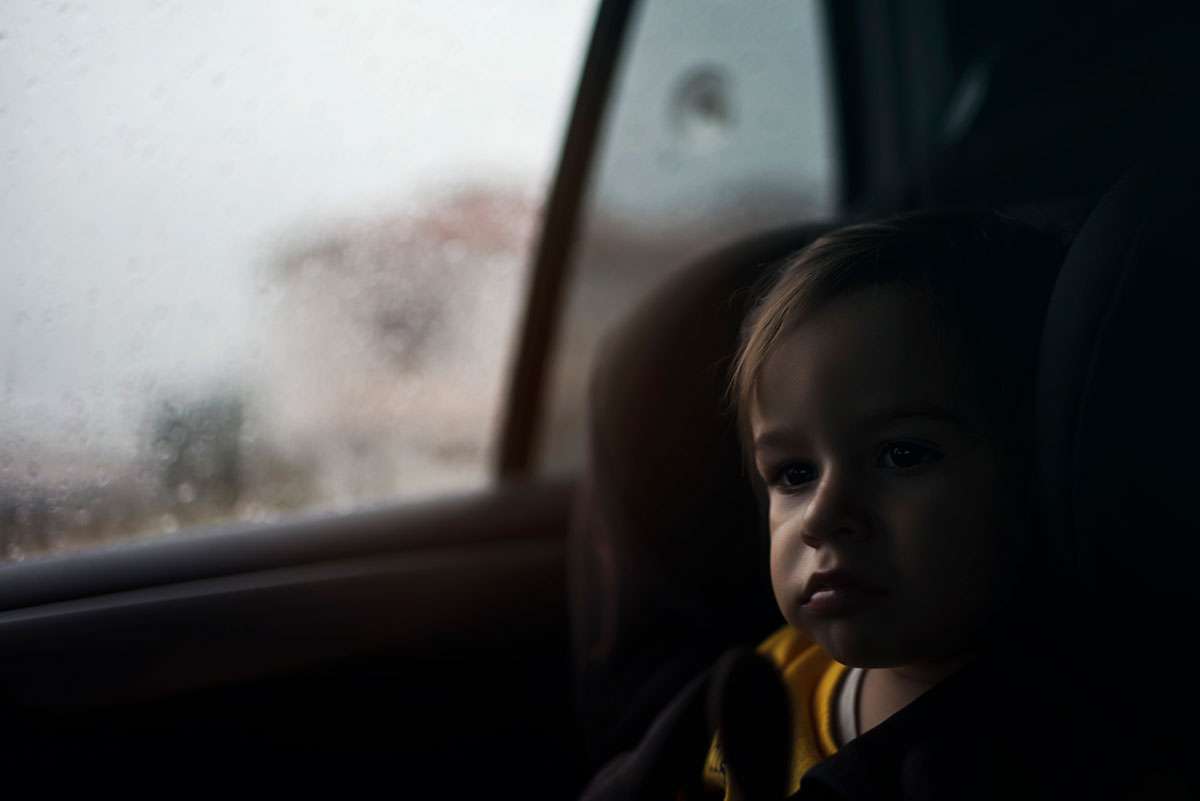 Is It Ever Okay to Leave Your Kids in the Car?

It it okay to leave your child in the car while you run inside and drop off the dry cleaning? It's important to know the laws and regulations in your state and assess the risk to make the best decision possible.
Table of contents

There are many things our parents did 30 years ago that would have them reported to the Department of Child and Family Services if they were to do it today. Sometimes I fondly think back to my childhood of freely riding my bicycle in the neighborhood for hours on end or being left home alone at a really young age. As a mom of two young children, I shudder at the thought of my own kids doing some of the things I myself did.

More: 8 Tips to Minimize Distractions When Driving with a Newborn

One thing my mom would do often, without much thought, was to leave me in the car for short periods of time to run errands. Popping into the grocery store to grab milk, or drop off the dry cleaning, or make a quick return. As a busy, single mother, she did what she needed to do, to get the job done. But, she always used common sense and I never felt as though I was in danger. Unfortunately, there are some who lack reasoning and there have been far too many horror stories without a happy ending.

The Law on Leaving Your Kids in the Car

Currently only 19 states in the US have laws that specifically make it illegal to leave a child unattended in a vehicle. Is your state one of them? You can learn more about your state’s regulations at KidsandCars.org.

Back in the early 2000s, it became illegal to leave a child unattended in the car. This law is known more widely as the Kaitlyn law, named after Kaitlyn Russel, a six-month-old baby girl who died after being left alone in the car on a very hot day. The story is tragic and was completely preventable. The parents dropped their child off with a babysitter and went about their day. The mother received a call a few hours later from the police department, informing her of the serious condition her baby was in. She rushed to the hospital to find out that doctors could not revive her baby. This example is the kind of story that makes you sick to your stomach. The pain that family felt is unimaginable and you wonder what on earth that babysitter was thinking.

According to Heritage Defense,

Most people have better judgment than what Kaitlyn’s babysitter showed. Most people have enough common sense to know if it’s hot outside, then the inside of a parked car could only be hotter. But this next example is a bit grayer and I would assume many people are guilty of doing what this mother had to plead guilty of.

Since not all states have specific laws and guidelines are not clearly outlined, we run into a lot of “gray area” type of situations.

A classic example outlined by WKlaw.com is a story about a mother and her four-year-old daughter who were busy running errands. By the end of the day, her daughter was tired and cozied herself up with a movie in the backseat, while her mom drove to her last errand. The little girl complained about getting out because she was tired and comfortable watching her show. Trying to avoid the inevitable meltdown, the mother decided to let her daughter stay in the car while she quickly returned an item at the store. She parked the car close to the entrance, to keep an eye, and left the four-year-old in the car with the engine and air conditioning on and locked the car from the outside. The return took a few minutes longer than expected and by the time she returned, police officers were already circling the car.

This is a very understandable situation to sympathize with. We have all had to drag our kids to stay on top of chores and I am certain many have contemplated leaving their child in the car to avoid a tantrum or dealing with the car seat. The child was left in a comfortable setting, with the air running, and the mother did her best to complete the last item on the list as fast as possible. Unfortunately, there are still many variables that could have gone wrong and although her daughter was totally fine, the mother violated the law and pleaded guilty to charges. Anyone who leaves their child left in the car without supervision is in violation of Kaitlyn’s Law if one of the following circumstances are present: “there are conditions that present a significant risk to the child’s health or safety” and/or “the vehicle’s engine is running, or the vehicle’s key are in the ignition, or both.”

Tips for Running Errands with Kids

As busy parents, it is easy to get sidetracked when we have a never-ending list of things to do and lack of childcare. Trust me, I get it! There have been plenty of times I have absolutely dreaded taking the kids in and out of the car seat for small tasks that would only take a few minutes. What works well for me is keeping a magnetized whiteboard on the side of my refrigerator. Throughout the week I write down everything that needs to get done, items that need to get replaced, or things that need to be taken back. I try to fit in all the errands during nap time on the weekend or spread them out throughout the week, so as not to pile on too many things on one day.

With small children, planning is key. Try to avoid no more than one or two errands in a day and plan on a few ideas of making them fun. For example, playing “I spy” while waiting in line. It can certainly be a challenge to stay on top of household duties with children in tow, but at the end of the day, dealing with car seats and cranky kids in line is no comparison to the horrors that can come with leaving your kids in the car.