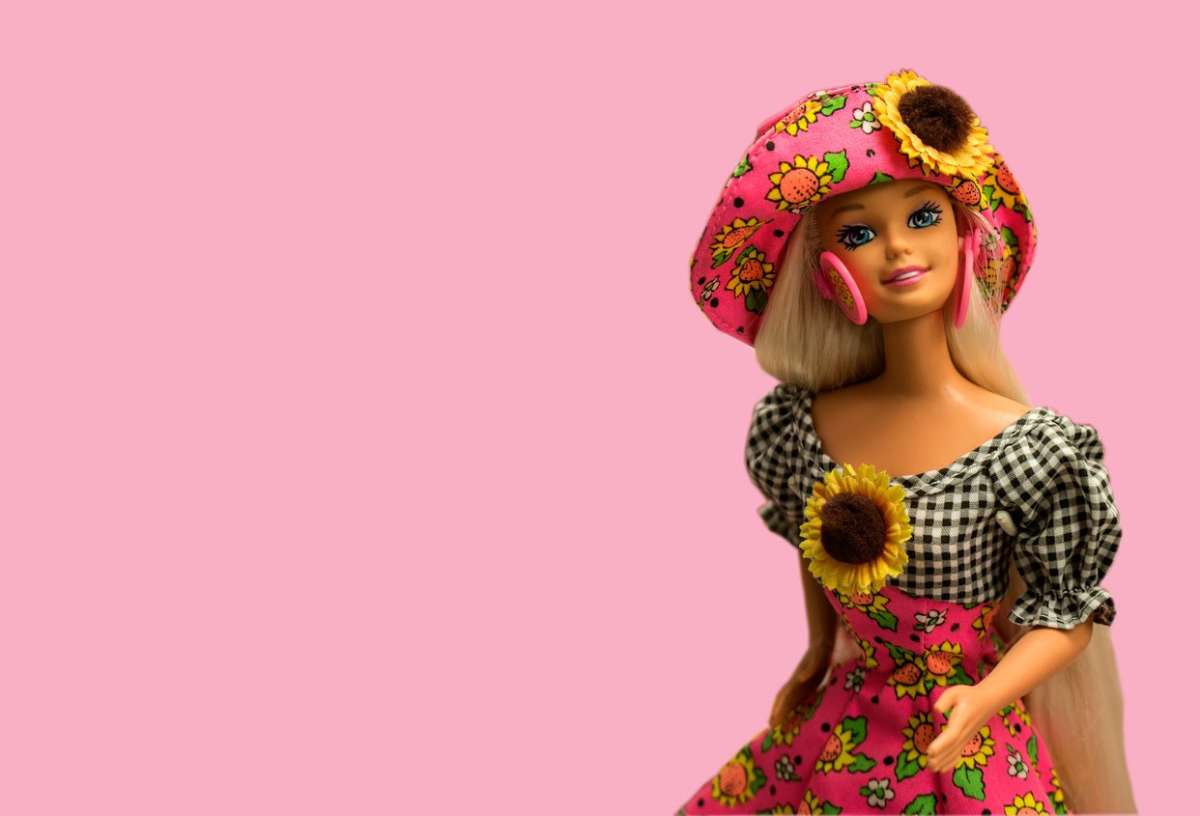 The Barbie Doll: A Feminist Icon or a Damaging Toddler Toy?

The controversy surrounding the famous Barbie doll and it's impact on young girls is ever-growing. Find out the pros and cons of playing with this toy!
L. Elizabeth Forry

Like most 80s and 90s kids, I grew up playing with Barbie, My Little Pony, Hot Wheels, and Cabbage Patch Kids. I don’t have memories of looking at Barbie’s body and wishing I looked that way. But then again, I staged epic battle scenes between my He-Man and She-Ra characters and the My Little Ponies, so perhaps my play was a bit more extravagant than the average little girl.

However, whether it was from Mattel's Barbie or a host of other sources, I do remember feeling inadequate in how I looked by the time I was twelve or thirteen. I had developed chunky thighs, a little belly, wore glasses, and had thick, often unmanageable dark hair. While I never dreamed of blonde hair, I realized I didn’t fit the beauty standards of the time.

Fast forward 30 years, and I am finally learning to accept my body shape and who I am, which is empowering. I’ve realized curves are attractive, my hair is now one of my best assets, and I own approximately 30 different glasses styles, which have become a central part of my personality and fashion look.

As an early childhood teacher and mother, I strive to encourage gender neutrality. I mean this in the sense that both girls and boys can be whatever they like; girls can be astronauts and boys can be ballet dancers. One of the catchphrases I hear my sons' repeat is, “There are no girl or boy colors.”  I never thought as a child, “I can’t do something because I’m a girl,” and I realize I am fortunate as many girls and boys face obstacles based on gender.

I never liked pink, I played with Barbies and dolls, but I also played baseball and with Hot Wheels. I believe my upbringing has helped me see the world differently. And when I look at the arguments surrounding Barbie: feminist icon or damaging toy, I can see both sides.

When Did Pink Become a Girl Color?

The idea of color, clothing, and toys for young children with gender associations, surprisingly to most, is a product of modern society. It’s less than 100 years old and a mostly western cultural convention. For example, it wasn’t until the 1940s that people began to think of pink and blue in terms of gender.

In 1918 an American department store advertised that boys should wear pink and girls should wear blue because pink was the stronger color and blue was considered delicate and dainty. Likewise, until the early 20th century, boys and girls in western cultures often wore dresses or gowns until they were at least three, sometimes eight, to save costs on baby clothing.

Post-WWII, as women were encouraged to leave the factories and head back home, pink became the color of that movement. Color advertisements were a new trend, and pink showed up well and was used all over to market feminine products. And since people now had money to spend, companies advertised everywhere.

The idea of pink and blue becoming gendered was solidified in the mid to late 80s as more and more parents began finding out the gender of their baby before birth. Before 20-week sonograms became the norm, very few people knew what they were having, so baby clothing tended to come in an assortment of neutral tones and pastels. The women who grew up mainly wearing neutral tones were becoming mothers during this time and often reveled in the idea of dressing their little girls in pink, “girly” clothing.

The Rise of Barbie

Barbie is synonymous with pop culture. The first Barbie doll, Barbara Millicent Roberts, was released in 1959 during the height of an American post-war economic boom when our culture had definitely drawn gender lines in the sand.

Ruth Handler, the co-founder of the Mattel toy company, was in charge of the project, and Barbie was launched at the American International Toy Fair in New York City.

The toy’s popularity quickly grew, and her boyfriend Ken was introduced a few years later. In 1964 her little sister Skipper came out, and by 1968 Barbie had friends with different skin tones. However, an African-American Barbie wouldn’t be released until 1980. Then, a doll named “Oriental Barbie” was released in 1981. Finally, a South Asian Barbie was released in the spring of 2022.

When Mattel produced the original doll, the criticism of Barbie first began from mothers; they claimed she had too much of a figure. However, Mattel did nothing to change Barbie's body type; instead, they began running ads on television aimed at young girls as a sponsor of Disney’s Mickey Mouse Club show.

In the 1970s, alongside the feminist movement, critics slammed Barbie as a poor role model for girls because of her unrealistic body image. Additional criticism included that she was too materialistic and led girls to believe that only things like cars, money, and fashion were important. In 1994 a Finnish research company took Barbie’s measurements and declared that if she were a real woman, she wouldn’t have enough body fat to menstruate.

Lastly, Barbie, up until 1980, was only available in one skin tone. So while many little girls could look at Barbie and see a representation of themselves, many more worldwide could not.

On the flip side of the anti-Barbie argument are women who state Barbie symbolizes empowerment for young girls. She isn't a traditional baby doll which they argue promotes that young women should only be mothers. Instead, Barbie never had children, and Matell gave various iterations of the doll career-focused themes.

Barbie never married, owned her dream house, and was a model for the self-sufficient woman. As the decades progressed, Barbie’s career aspirations flourished. She became more than a fashion model, and versions of the toy were released as an astronaut, pilot, chef, doctor, Olympic athlete, and even presidential candidate.

The Effects of Barbie on Childhood Development

The effects of a Barbie doll on a young child are likely to be similar to that of other children’s toys. Much of what a child learns depends on the environment they’re raised in; if they have role models who build their self-esteem and encourage them that they can be and do anything, the impact of a toy will lessen. That is not to say subliminal messages from marketing, peers, and other adults won’t seep in; but a toy alone might not be powerful enough to damage a child’s psyche.

Studies have shown that boys who are allowed to and encouraged to play with baby dolls become better partners and fathers. Conversely, boys who receive messages that baby dolls are for girls and not appropriate are less likely to develop the empathic skills needed to become good dads and husbands.  These boys often repress emotions and use anger and other physical means to express emotions.

While Barbie is essentially a fashion doll, parents and educators can use her powers for good. Adults can encourage young girls to see Barbie as a positive role model by emphasizing her career aspirations and financial stability.

The toy industry and toy stores still heavily market items to boys and girls, although the trend among playthings is slowly changing. Target stores, for example, no longer label aisles “Girls” or “Boys,” Although you will see aisles of all pink with dolls, stuffed animals, kitchen sets, and blue aisles with trucks, construction gear, and superheroes; both of which send a message about who should play with what.

Commercials for toys now show girls playing with trucks, and occasionally boys playing with dolls. In addition, Mattel and other toy manufacturers now have a variety of male make-believe dolls of different ethnicities, skin tones, and hairstyles in an attempt to emulate real life. The company also markets dolls with adaptive devices like wheelchairs and manufactures four different body types.

What's the Outlook for Parents?

The iconic doll has come a long way since her bathing suit modeling days, and many experts would argue she and her friends still have room to progress. However, the long-term connotations of any toy can be challenging to study.

Girls, by nature, are more socially aware and more likely to engage in social play, hence why they gravitate towards toys like dolls. Therefore, attempting to ban Barbie and other dolls from your child might actually be detrimental in some cases. In addition, dolls can often be an excellent way to develop social skills for girls and boys.

Like any other toy, parents can use Barbie to promote positive images and shouldn’t necessarily be banned from your daughter’s toy shelf. Instead, use the toy to discuss differences, careers, and abilities, and use it to demonstrate all your daughter can do.

In some cases, it may be plain to see that your child’s barbie doll is having a negative impact on her. Every child is different and will have different needs. Follow your child’s interests and let their emotions guide you into what may or may not work for them when it comes to playing with particular toys.